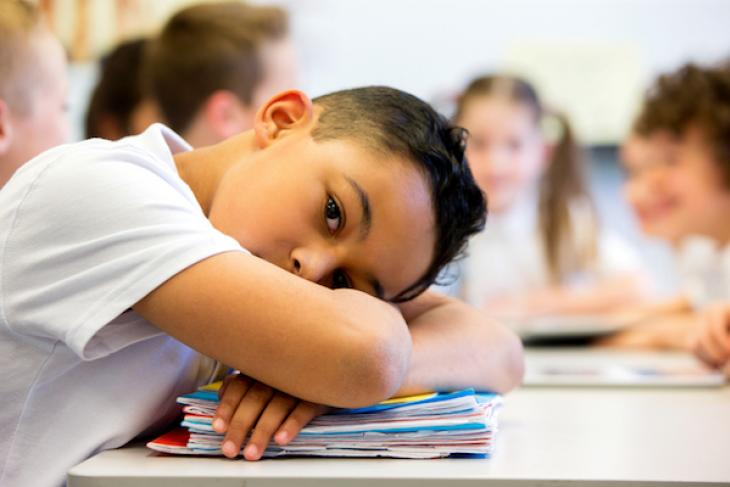 Don’t be misled by the provocative title and subtitle of John Merrow's new book, Addicted to Reform: A 12-Step Program to Rescue Public Education, which might lead one to expect in these pages a back-to-the-future, Diane Ravitch–like defense of the education status quo—and which likely account for the book’s fawning jacket blurbs by Jonathan Kozol and by Lily Eskelsen García of the National Education Association, among others. Delve in and you find that Merrow, a veteran education journalist and PBS NewsHour habitué, is not exactly that sort of anti-reformer. Rather, he’s a sort of discombobulated radical who seeks many worthy changes in the American K–12 enterprise but whose “plan,” for all its dozen steps, isn’t likely to result in the overhaul he wants.

No devotee of the status quo, Merrow rightly reveres E. D. Hirsch and wants more schools to adopt a knowledge-rich curriculum. When it comes to making kids more independent and giving them “freedom to fail,” he even begins to resemble U.S. Senator Ben Sasse. His precepts also comport overall with those of Eva Moskowitz, the CEO of New York City’s Success Academy charter schools. He seeks a total reconstruction of teacher preparation and compensation, even of teachers union practices. (According to Merrow, “[B]ook-length union contracts that spell out every move have no places in this new approach.” One wonders if Eskelsen García read that part.) He favors personalized learning and intelligent deployment of technology in the classroom. He wants more top-notch schools of choice and doesn’t look to Uncle Sam to solve the K–12 system’s problems. (He especially loathes Donald Trump and warns that if we fail to revitalize our schools we’ll end up electing more such people, which “will be the end of the American experiment.”)

Yes, we find stuff between these covers that deserves plaudits. Much of the rest, however, is—in today’s vernacular—problematic.

The problem starts with the author’s tendency toward narcissism. The book is partly a memoir, and some of its anecdotes are moving, evocative, even gripping. Merrow has indeed had a heckuva career. But there are memoirs that place oneself in context and memoirs that celebrate the self. This one tends toward the latter, with the author emerging not as a journalist-observer at major education events of the past 40 years but more as a key mover in far more of those events than he actually influenced.

The book also grinds multiple axes and settles a lot of scores, in a few cases—bizarrely—with people who also get thanked in the acknowledgments, that being a vast list extending from the leftist journalist I. F. Stone to the (conservative) Hume Foundation’s Gisèle Huff. (I get a mention, too.)

Eli Broad and Bill Gates are both slammed and thanked. “Transparently ambitious” Bill Bennett is only slammed, even as Merrow takes credit for supplying Bennett’s well-known reference to the education system’s “bureaucratic blob.” Michelle Rhee is slammed over and over again, as she personifies the kind of test-score-driven, top-down, technocratic reform that Merrow abhors. Also repeatedly lambasted—here the author does resemble those who blurbed his book—are standardized testing, profiteering by entrepreneurs and would-be change agents, and those who lack sufficient admiration for teachers.

The author’s borrowing of the widely recognized twelve-step model to end an addiction may be clever book marketing, but he never makes quite clear just what it is that we must cure our addiction to, beyond declaring that “we as a nation are ‘hooked’ on what we hope will be quick fixes for deep systemic problems.” As noted above, and to Merrow’s credit, that’s no plea to keep things as they are or revert to the way they once were. But it’s hard to picture how the education revolution he appears to seek can come about if we forgo all of the reforms that he lumps together as “quick fixes.” Indeed, he acknowledges that “hundreds of thousands—perhaps millions—of children have benefited from efforts to improve schools [Merrow’s emphasis].” But “school reform’s record is not great.” It hasn’t closed achievement gaps, “done much for teachers,” or halted resegregation.

Of course it hasn’t! Even the most ardent and dogged reformer has limited leverage on the behemoth of public education. Merrow knows that perfectly well, but he’s deeply ambivalent about even trying to effect change from outside the system. He makes the startling claim that “incremental and sporadic school reform . . . has damaged the life chances of many young people.” This dire sequence started, he says, with A Nation at Risk, the 1983 Reagan administration report that launched America on “experiments” such as “open classrooms, national goals, merit pay, vouchers, charter schools, smaller classes, alternative certification for teachers, student portfolios, and online learning, to name just a handful.”

It’s not obvious what those reforms have in common, but to Merrow they seem to share three evils. Many of them he sees as emanating from greedy “corporate” sources. Many he sees as fixated on test scores. Most significantly, in his eyes they’re episodic, transitory, and superficial rather than addressed to the system’s fundamental failings.

That’s where things get seriously confusing. In Merrow’s mind, the system’s “fundamental design flaw” entails funding and governance, curriculum and instruction, labor and management, as well as key features of the teaching profession, beginning with how future teachers get trained. He’s right about those problems, yet these are among the systemic failings that the reformers he disses have struggled to do something about.

They’ve struggled precisely because the public-education system is so resistant to change. Charters and vouchers, for example, have not succeeded in extending school choice to many more millions of kids because the structural rigidities, ingrained practices, and adult interest groups that dominate the system haven’t let that happen. Curriculum isn’t what it ought to be partly because, as Merrow argues, our fixation on reading and math achievement has squeezed it, but also because it’s been decentralized to individual districts and schools and because (as Hirsch has explained so often and well) the belief structure of most educators resists well-sequenced, knowledge-centric curricula.

School governance is where Merrow makes my head spin fastest. In several spots, he fends off the federal government, declares his wariness of state-launched reforms, and uses populist language to affirm his faith in the capacity of localities to set matters right: “[W]e have to do the work....DIY America!...Perhaps the best way for a school district to start is with a few pilot schools....”

Elsewhere, however, he condemns the inequalities that arise from local control (and funding), and seems oblivious to the many ways that state laws and federal regulations both do good (as in spreading money around, ensuring that disabled kids aren’t neglected or civil rights violated) and the ways they block localities from doing things differently (for example, teacher certification practices and last-in, first-out human resources mandates).

Merrow’s been around long enough to understand how tangled this all is and how we have constructed a system that blocks change from every direction. In my experience, it’s a system that bends—and then not nearly enough—only when powerful force is applied from outside. As soon as that force eases, the system resumes its previous shape. Yet Merrow doesn’t like outsiders meddling with the system. Though step ten says “Embrace ‘outsiders’ (enthusiastically),” he means parents and taxpayers with no kids in school, that is, people he hopes will be “supportive,” not policymakers and advocates who will press for changes worthy of support. Ultimately, Merrow seems to yearn for some sort of spontaneous combustion, some way in which an outraged populace will combine with empowered educators to burn down the system as we know it and replace it with the kind that he tries to outline, mainly in steps six through eleven.

The alternative arrangement he envisages seems to have something in common with a well-run system of top-notch charter schools, and I don’t disagree that such a replacement would likely serve kids better. But trying to follow his multi-step manual for how to build it recalls many fumbled efforts to assemble furniture at home, only to discover that the accompanying instructions were obviously written in a foreign language, then badly translated, and accompanied by inscrutable diagrams, and then to discover, way too late in the process, that some key parts were missing from the box.

It’d be nice to think that a thirteenth step might set matters right, but the book’s problems are deeper. Merrow’s brain contains a rosy vision of a different future, but his heart is with educators, whom he sees as beleaguered and beset, and his stomach turns whenever anybody else tries to turn this immense vessel onto a different course.

Editor’s note: A slightly different version of this article was originally published by Education Next.