An internecine feud in the schoolyard 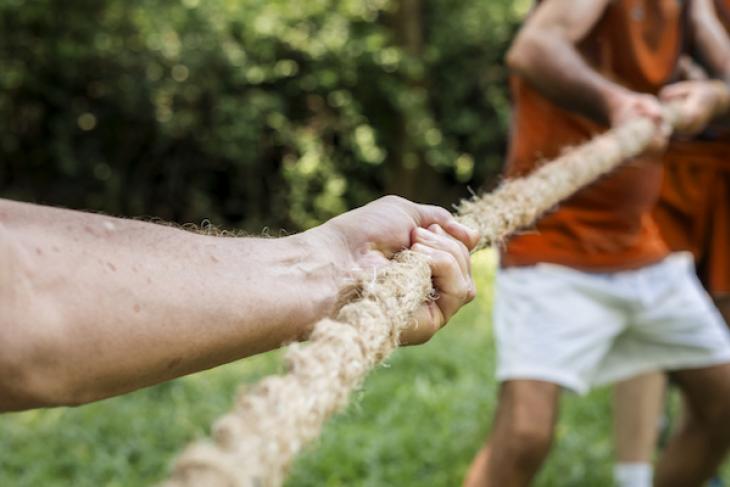 If 2018 marks the end of education policy, whatever comes next has gotten off to an inauspicious start for reformers and stand-patters alike. Recently, both camps have had internal strife made public: the former when it comes to testing, and the latter on school choice. It’s been surprising to see these two policy hallmarks from the last era of reforms being relitigated from unlikely outposts by equally unlikely actors. What should we make of these dueling duels, and what does it portend for the coming year?

On testing, there has been a growing dissension among reformers about the value of doing it annually. These critiques include the amount of time and attention devoted to standardized tests, as well as the crowding out of other content areas outside of reading and math. If these criticisms sound familiar, it’s because anti-testing advocates have been essentially saying the same thing for years. The one additional wrinkle is that Education Secretary Betsy DeVos’s lukewarm position has further complicated the topic.

The forces of resistance and repeal have never been keen on high-stakes testing and accountability. Their ilk has always argued for resources and societal changes as a precondition to reforms, and has remained steadfastly unified on this entreaty to this day. Part of their success has been their ability to tag reformers with unseemly labels that are hyperbolic at best. To their credit, reformers of all stripes had largely stayed the course in response.

Those days are over, of course. Reformers are no longer unified, at least in the way they were once upon a time. Some disown the label now, while others deny that it ever existed. The reasons for this run the gamut. In addition to those who believe we need to substantially downplay testing, there are those who show signs of fatigue for conflict or distaste for zero-sum arguments. Others believe we need to broaden the tent and argue for a more productively enlightened approach. All are legitimate grievances, but it might be wise to temper some of this enthusiasm for taking down the fence to avoid swinging the pendulum too far back toward the days when testing and accountability were nonexistent.

The other side of the field looks to be experiencing a similar crisis of identity, albeit in a less pronounced manner. Historically, there’s been little daylight between those whose actions are inimical to improvement. But we saw the first crack in an intriguing back and forth between two titans—Diane Ravitch and Linda Darling-Hammond—on a report released by the Learning Policy Institute (LPI), a think tank started by the latter. In the report, LPI suggested using the portfolio model, among other approaches, as a school improvement strategy. In response, they were accused of being “complicit in the agenda of those who seek to make public schools obsolete.”

While their disagreement revolved around the usual tropes—in this case, in the context of school choice and governance—LPI ended up walking back some of its initial language, and eliminating the use of the word “portfolio” altogether. This expeditious resolution is consonant with the habits developed by education reform’s opponents, who are remarkably monolithic when it comes to their criticisms and attacks on reform. Their approach is not unlike the hedgehog’s from the ancient parable because of the clarity and simplicity of their tactics. As the reform coalition has grown more fractious, reform’s opponents have only become steelier in their resolve.

For our part, the balkanized reform landscape is embraced by some as a sort of diversity within our community. This outlook is worth considering with a walk down memory lane and a prescient warning given six years ago by the godfather of this movement, Howard Fuller. In his remarks, Fuller said that too many reformers had mistaken what was a street fight for a college debate. His framing was notable at the time, and should be reexamined given the current state of affairs.

Are we in a street fight, and do Fuller’s words continue to ring true in today’s context? The answer is clearly “no” among those who reject the “us versus them” mindset, as well as those who believe we should listen to educators not policymakers. But if Fuller’s words still apply—and I count myself among those who believe they do—our efforts might require a different approach in light of these asymmetric challenges to what reform is aiming to achieve.

Unfortunately, I don’t have a good answer for how this might be accomplished. To put it mildly, it’s a confusing environment, not unlike the fight scene from “Anchorman: The Legend of Ron Burgundy.” But it’s telling when the CEO of the College Board has to say, “There are a lot of amazing people with low SAT scores,” as if to disabuse reformers or anyone else of the notion that standardized tests define a student’s worth.

In our shared pursuit to pass on a better education system than the one we inherited, something was clearly missed with regard to our handling of testing and accountability systems. NCLB was in part responsible for some of the perverse incentives that were created, but the law did the best it could with what existed at the time (e.g., robust systems for measuring student growth simply didn’t exist). In my estimation, the benefits reaped—for example, disaggregated data by subgroup—outweighed the costs. Moreover, student illiteracy is far from being solved.

Ten years ago, only a third of the country’s fourth and eighth graders were where they should have been in reading (even fewer with our most vulnerable populations). Today’s predicament is more or less the same. Regardless of whether the era of big new ideas is over—at least for now—there are still big fights happening over testing and school choice, and reformers need to win them. Though this latest dust-up isn’t the first time reformers have aired their laundry, it makes me wonder whether we’ll ever again enjoy the bipartisan accord that we once had on this issue. And, to borrow from Dr. Fuller, will we able to “win for our kids” if the reform dynamic remains as such?