If Republican legislatures drown in Trump's wake, so might education reform 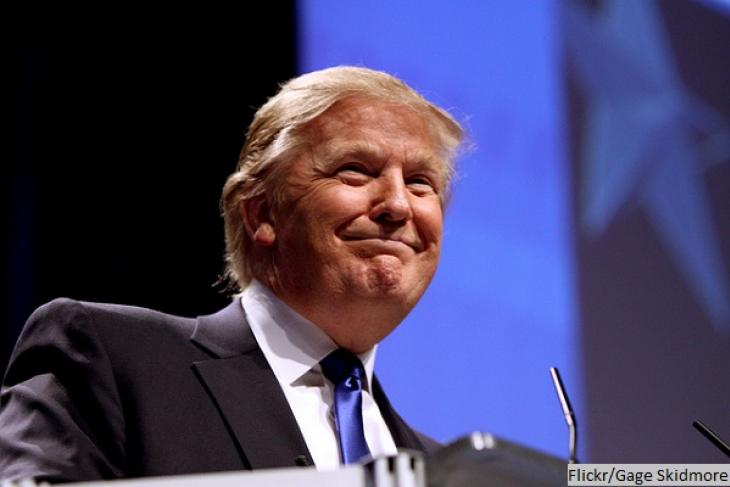 Policy wonks and political prognosticators have begun to forecast the collateral damage that is apt to follow if Donald Trump manages—in spite of himself, and notwithstanding his Wisconsin setback—to win the Republican nomination, damaging not only GOP prospects for retrieving the White House but also the party’s odds of prevailing in innumerable races for Congress and for state (and even local) leadership. Following in the wake of those generally dire prognostications are early conjectures about the policy shifts that may ensue in sundry realms both international and domestic if Democrats are positioned to chart the future course.

For education reformers parsing this prospect, it’s useful first to recall the many worthy changes that followed the GOP’s 2010 sweep of a galaxy of state and federal offices (obviously omitting the one that’s ovular). Though nothing in the list below is (from my perspective) perfect, it’s hard to picture many—perhaps any—of these things happening had Republicans not been in positions of influence:

To be sure: Some of these changes were brought about through bipartisan effort, some were spearheaded by Democrats, and some were accelerated by Race to the Top. But I invite anyone to demonstrate that most of these reforms would have happened in most of these places were not GOP lawmakers a force to be reckoned with.

As we force ourselves to contemplate the likelihood that November 2016 may usher in widespread erosion in the ranks of Republican policy makers, what might we anticipate on the education reform front? Keep in mind that the Supreme Court majority is already up for grabs; that far more Republican senators are vulnerable in this cycle than Democrats; that GOP influence is shaky in such traditionally blue states as Maryland, Massachusetts, Michigan, and Illinois; that “purple” states like Colorado are always iffy; and that Democrats in some jurisdictions (Wisconsin comes swiftly to mind) are almost literally itching to undo key changes that recent years have wrought.

The good news for reformers, if there is any, is that the kinds of changes that bring actual, tangible benefit to thousands of families are hard to undo (though their growth may be curbed and their operations slowly impeded). In the realm of school choice, for example, it seems all but impossible that extant charter schools and private school choice programs will be abolished. Witness the inability of Mayor de Blasio to reverse New York City’s vibrant charter school movement, even in mostly blue Albany. Thank you, Eva Moskowitz—a Democrat! Witness, too, the enactment of a new charter law in deep blue Washington State, lest actual schools be shut in the aftermath of that state’s judicial dismantling of the first such statute.

Far more vulnerable to undermining or repeal are the reforms that bring little direct, palpable, short-term benefit to a constituency of parents and children—things like school and educator accountability and standards, alternative certification, and kindred efforts to weaken the hegemony of education schools and traditional licensure practices. The public cannot readily see what difference these things make, and they’re thoroughly unloved by most educators, their unions, and the rest of the old “establishment.” Accordingly, efforts to weaken, defer, or do away with such measures won’t provoke many big marches on the statehouse. (On the other hand, such efforts won’t draw much public enthusiasm, either.)

Also vulnerable are reformers’ efforts to curb the power and influence of public-sector unions, whether through legislation or litigation. This is especially worth noting because a likely consequence of a liberal-majority Supreme Court will be new curbs on the influence of business and wealthy individuals when it comes to campaign contributions. Indeed, today’s deadlocked court failed just last month to overturn the Friedrichs decision, a serious blow to reformers in and beyond California who were striving to liberate teachers from mandatory contributions to their unions’ organizing activities.

The various bureaucracies that have long dominated the operations of K–12 education at every level will be re-empowered—and their capacity for regulatory heavy-handedness enhanced—whether in the realm of special education, textbook approval, or school discipline, and the individuals placed in leadership roles in those bureaucracies are more likely to be plucked from establishment ranks. That’s also likely to happen in new-style bureaucracies (such as recovery districts) that are ultimately answerable to elected officials; this could gradually result in cramped, overregulated charter schools and other choice programs. The diminished capacity of GOP lawmakers (in Congress and state legislatures alike) to ride herd on bureaucratic excesses will embolden those in authority to give freer rein to their own predilections and to the preferences of those they view as constituents. Those constituents, in turn, are more likely to be the “producers” of education and less apt to be “consumers.” Even where Republicans retain majorities, the disarray and infighting within the GOP will dampen their ability to get anything done and distract them from such causes as revitalizing the schools of their states and cities. We can expect Democrats to spend more on education, yes, but more of it will go to the education system’s innumerable first-, second-, and third-order hangers on—vendors, employees, factions, interest groups, and activist clusters. Which means the interests of children, parents, and taxpayers will be given less heed and fewer resources.

Thanks a whole bunch, Donald Trump.