I was at the "Hamilton" performance with Mike Pence, and I saw something you didn't see on Twitter 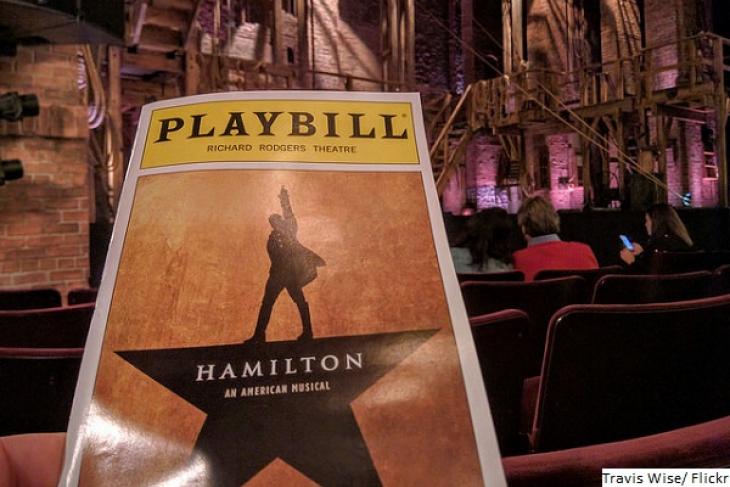 By the time I was running down Forty-Sixth Street to the Richard Rodgers Theatre in New York City this past Friday night, I’d been consuming all things “Hamilton” for months.

I had the book. I’d watched every performance, documentary and interview available online. I’d shouted “LAFAYETTE” at least weekly while listening to the soundtrack in my office. I was so excited that I signed my away message A-Dot Schwenk that day.

But when I saw the block-long line for a bag check, an ambulance, a couple of SUVs and an armored truck (an easy-enough-to-ID motorcade for a D.C. resident), I knew that I was in for a particularly unique experience.

The lobby of the theater was jammed with people and rumors; by the time I’d grabbed a drink and a snack, I knew beyond a doubt that Vice President-elect Mike Pence was also in the house.

The elephant in the room

There’s not much that prepares you for playing a small part in one of the strangest, most made-for-Twitter controversies of 2016.

My friend and I quickly agreed that we hoped Pence, with his alarmingly anachronistic record on basic social policies, was being open-minded and was there to glean lessons from the show’s overtly political messages regarding the importance of diversity and the difficulty of democracy.

While the reports of mass boos were a tad over-exaggerated, we supported our fellow audience members for exercising their First Amendment rights.

And when the cast turned towards the people—people who are gay, HIV-positive, female, of color and, like many, worried about what a Trump administration may bring—and addressed the elephant in the room during the curtain call, we were proud to be in the room where it happened.

My colleague and fellow “Hamilton” fan Robert Pondiscio has bemoaned the actors’ “lack of faith” in their art. Of their decision to put an exclamation point on the show’s message with a post-show plea, he wrote:

Given two-and-a-half hours to win over a man who will soon be a heartbeat away from the Presidency—to show, not tell, how our shared, founding ideals belong to all Americans—the show’s creators were somehow unconvinced of the power of their own production.

That’s not what it felt like while watching the performances.

Rory O’Malley, who plays King George, swaggered as he sang “What Comes Next” seemingly directly to Pence, his eyebrows waggling with the irony of the juxtaposition between Pence’s presence and the lyrics, “Do you know how hard it is to lead?” and “Do you have a clue what happens now?”

Nearly every line drew sustained applause; by the time he hit “It’s much harder when it’s all your call/You’re all alone/When your people say they hate you/Don’t come crawling back to me,” much of the audience was standing and singing along. The entire second act—where political machinations and personal pettiness culminate in the infamous duel—took on a shivery, charged importance.

The actors very much believed in the power of their production and their platform to spread a message. Watching it side-by-side with the man who is soon to be next in line to the presidency, I have to have faith it resonated with him, as well.

Plenty has been written—and should continue to be written—about Trump’s thin skin, the disdain he displayed for the First Amendment by calling for an apology and the relationship between politics and art.

What struck me, as someone from an extremely rural pocket of America now living and working in the coastal “bubble,” was the play’s extraordinary ability to bring people together from various walks of life for three hours—something that is becoming increasingly rare in a fractured and isolated political landscape.

Pence and my London-born, Portland-raised friend have very little in common, but they both attended the play Friday night, enjoyed it and thought it was important and entertaining. It was a rare—albeit expensive—convergence.

As educators and education advocates figuring out our role moving forward, the arts may provide the common language we need to start conversations across groups of students.

Planting a production of “Hamilton” in Detroit or Milwaukee or Pittsburgh and offering $10 tickets to kids from small towns (the way the Rockefeller Foundation is doing for New York City schoolchildren) won’t fill the hollow in the Rust Belt or bring jobs to old factory towns or erase the swastikas tagging playgrounds, but it might start dialogue across our vast country.

Empathy and action are two-way streets, but we’re struggling mightily to build a bridge between the two halves of America right now. On Friday night, I saw one—however narrow—emerge. It’s critical that we continue to seek, cultivate and replicate these shared spaces for ourselves and for kids. 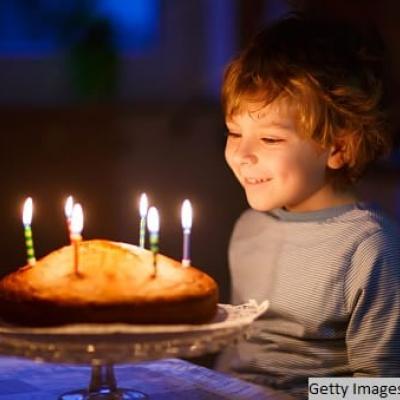 Alyssa Schwenk is the director of external relations at the Fordham Institute, where she leads Fordham’s outreach and messaging to outside audiences, including the media, policymakers, others in the education-policy sphere, and the funding community. Alyssa started her education career at a Ward 5 D.C. charter school via Teach For America, where she learned that everything important in life can be learned in…