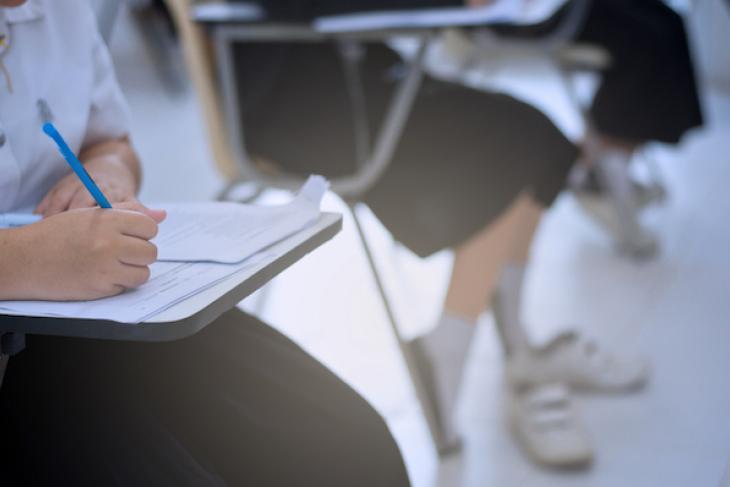 A new study examines the impact of requiring and paying for all students in high school to take the ACT college entrance exam. Eleven states have implemented free and mandatory college entrance exams for all high school juniors. Public policy scholar Joshua Hyman (University of Connecticut) looks at the impact of such a policy in Michigan, which began requiring juniors to take the ACT in 2007.

He analyzes outcomes for six recent eleventh-grade cohorts (2003–04 through 2008–09). Specifically, he compares the changes in college attendance between the pre- and post-policy periods in schools that did and did not have a testing center in the school building before the ACT policy. The idea is that schools without a testing center will experience slightly larger increases in ACT-taking because of the mandatory ACT policy than will schools with a pre-existing center. In this way, any differential changes in college enrollment after the policy between the two groups of students are likely due to the effects of the policy because other happenings that might occur simultaneously—like other statewide education reforms—are assumed to affect both types of schools equally. He also matches the test-center and non-test-center schools so that they are similar in demographics and other observed features.

His results provide reason to both cheer and jeer. First, before the policy, 56 percent of students took the ACT; afterwards, it was 91 percent. This is particularly evident among low-income students (those on free-and-reduced-price lunch) whose ACT-test-taking rates more than doubled from 35 to 85 percent. Second, he finds that, prior to the policy, large numbers of low-income students didn’t take the ACT even though they would have scored high on college readiness. Specifically, he shows that for every ten poor students taking the college entrance exam and scoring as college ready, there are an additional five poor students who do not take the test but who would score as college ready if they did (a 50 percent jump). Yet he also finds pretty small increases in enrollment at four-year institutions (roughly 2 percent), though those increases are nevertheless concentrated among boys and poor students. Finally, he estimates that at a cost of less than $50 per student, requiring the ACT (or a test like it) is far less expensive than other policies to boost college enrollment, such as inducing students to attend college via offering large sums of college assistance—though obviously these students may still need financial help. The policy is still too recent to see if there are increases in degree completion as a result.

The study’s conclusion is worth summarizing: Simply requiring and paying for all students to take a college entrance exam can substantially increase the share of poor students who score at the college-ready level. But we still need to do a lot more to get these qualified, disadvantaged kids through the college doors.

SOURCE: Joshua Hyman, “ACT for All: The Effect of Mandatory College Entrance Exams on Postsecondary Attainment and Choice,” Education Finance and Policy (Summer 2017).