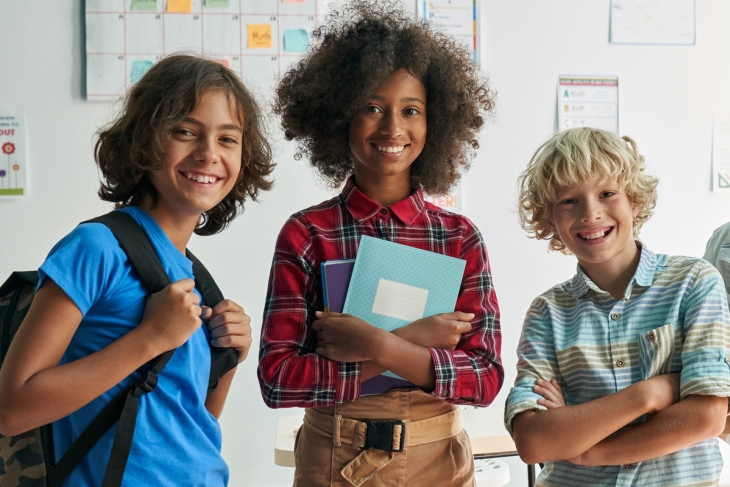 A GAO analysis of U.S. Department of Education (ED) charter school grants from 2006 to 2020 found that while few charter schools close overall, charter schools that received federal Charter School Program (CSP) awards were more likely to succeed than similarly situated charter schools that did not receive an award. Regardless of a school’s grade level, locale, or student body racial, ethnic, and poverty percentages, CSP schools are one-and-a-half times more likely to remain in operation five years after opening. The GAO concluded that, even after twelve years, the pattern of CSP-seeded schools remaining open and educating students generally held.

President Clinton in 1994 used his bully pulpit to convince Congress to pass the CSP. ED has since awarded billions in competitive grants to help applicants open new charter schools or replicate and expand high-quality charter schools. As the only source of federal funds available to public charters, the CSP is critically important. While taxes generally underwrite traditional school construction, charters must supply their own facilities. Without CSP grants, nearly a generation of kids wouldn’t have benefitted from thousands of tuition-free, locally accountable school options.

Because the CSP is so vital to the health of the public charter school sector, it is a favorite scapegoat for anti-reformers invested in monolithic, government school districts. For example, a recent headline blared, “Audit of charter school program finds big problems.” Another read, “Audit finds waste, fraud, and abuse.”

In fairness, ED’s Office of Inspector General (OIG) did release an audit last month that suggested corrective actions to CSP administrators, but the hyperbole is overblown. Unlike the GAO, which examined fifteen years of data, OIG looked only at grants disbursed from 2013 to 2016. OIG found that of the 719 schools opened during the audit period that had been in operation for two or more years, 91 percent remained open at least two years after CSP support ended—indicating that the schools were self-sufficient and the federal seed money had achieved its purpose. But OIG faulted the department for failing to do that tracking on its own volition. CSP officers pushed back, noting that neither Congress nor the department’s rules order them to do so.

The OIG also criticized the program because CSP grants had opened fewer schools than some grantees had promised on their applications. Again, the department pushed back, noting that OIG ignored that many applicants amend their goals when confronted with local realities, like charter school caps or local political resistance.

The same folks creating political resistance on the ground seized on this OIG finding to baselessly accuse grantees of diverting, wasting, or profiting from federal dollars, instead of building schools. The GAO report dispels this rhetoric, as well. According to state education agency (SEA) officials GAO interviewed, SEAs recover CSP funds, reallocate funds to future charter schools, and redistribute purchases made to other charter schools.

GAO likely interviewed SEAs during its ten-month investigation because SEAs receive the lion’s share of CSP dollars. While detractors consistently characterize public charters as “corporate privateers” making off with public dollars, from 2006 to 2020, SEAs received $1.9 billion of $2.5 billion in CSP grants.

Yet, according to the OIG, SEAs are the slowest to open CSP supported schools. From 2013 to 2016, SEAs committed to 1,076 new charter schools but opened just 477. On the other hand, during the same period, charter school developers—individuals or a group in the community in which a charter school project will be carried out—won just forty-two grants but managed to open thirty-eight schools, for a 90 percent success rate.

This gives credence to the argument that the CSP should be more generous with its grants to small, community-based applicants—many of which seek to open a school to serve targeted populations of students perennially failed by traditional systems. The GAO determined that charter schools that received CSP awards were more likely to be located in rural or urban areas, and had higher proportions of Black or Hispanic students and students eligible for free or reduced-price lunch. If local community members are more adept at opening charters to serve them, ED should prioritize that going forward.

The GAO serves as the investigative arm to Congress, where some lawmakers seek to slash the CSP budget each year. Its stated purpose for conducting a nearly year-long, longitudinal, multivariate analysis was to answer questions “raised about the effectiveness of CSP grants.” The resulting data showing that public charter schools are one-and-a-half times more likely to gain their footing and remain in the business of educating poorer, mostly Black and brown children should be all of the evidence Congress and anti-reformers need to retire the CSP as a political football once and for all.

Editor’s note: This was first published in The Hill.