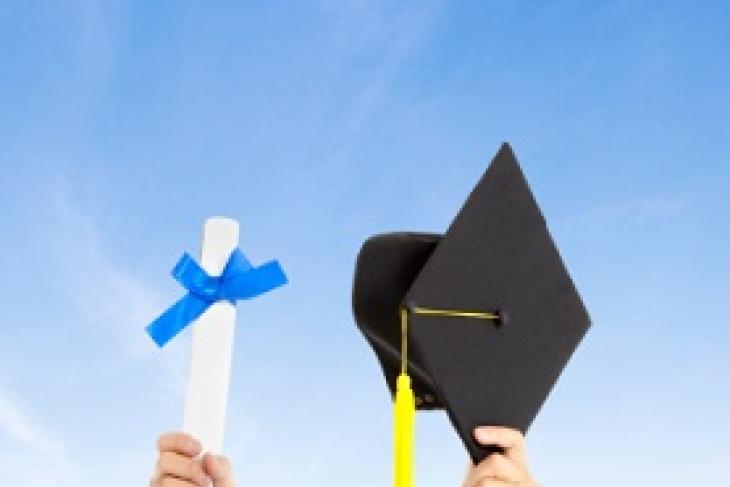 Ohio’s 2014–15 report cards are now fully available for all schools and districts except dropout prevention and recovery programs (due at the end of March). With ten graded measures and several ungraded components as well, there are dozens of ways to parse the data to learn how well Ohio public schools are performing—and more importantly, how well equipped students are for later life success. (Performance on the report cards is not the same as true college and career readiness; check out our recently released statewide report card analysis, Facing Facts, for more about that.)

Much of Ohio’s high school data is relatively new and merits exploration. High school report cards include traditional graduation rates as well as additional measures intended to gauge students’ college and career readiness. These “Prepared for Success” measures (rolled out in 2013–14) remain ungraded until next year, but they yield valuable information in six categories:

These data points will be combined into an A–F grade next year.

Part one of this series looks at four-year graduation rates and one of the Prepared for Success measures—ACT participation and average scores—among district and charter high schools in Ohio’s Big 8 districts.

By themselves, graduation rates can’t tell us whether students are ready for college coursework or careers. Too many graduates wind up needing remediation once they get to college, and ever-increasing graduation rates may be as much a product of grade inflation or dubious “credit recovery” programs as of meaningful attainment. At best, they reflect a minimum threshold of perseverance and academic competency. Even so, Ohio’s urban districts fail to graduate between one-quarter and one-third of their students in four years.

Cleveland, Toledo, and Youngstown have the lowest graduation rates of Ohio’s Big 8 districts (Graph 1). Among brick-and-mortar charter schools, graduation rates are also grim: Collectively, charter high schools compare unfavorably to Ohio’s very lowest-performing districts. Even more alarming is the average for the state’s virtual charter schools. The best four-year graduation rate for a statewide e-school was a mere 59 percent; the worst was a horrific 4.5 percent. Thus, every single Ohio e-school attained a graduation rate that qualifies them to be labeled “dropout factories.” Still, it’s important to keep in mind that many urban district and charter schools matriculate students who are several years behind grade level, making it difficult to graduate them in four years (hence the importance of viewing a range of data and trends over time).

It’s worth noting that Cleveland has seen steady improvements in its graduation rates (and in other areas). While still abysmal, its latest graduation rate of 66 percent (class of 2014) is up by ten percentage points in the last five years (Graph 2), most likely a product (at least in part) of Cleveland’s bold reform efforts. Cincinnati and Dayton have also experienced meaningful increases in graduation rates. In Toledo, district officials seem to be taking stagnant graduation rates seriously. Toledo Superintendent Romules Durant blames its bottom-of-the-barrel score (second-worst in the state) on a lack of “interventions and support for high schoolers.” The district is expanding an early warning system that intensively monitors students at risk of dropping out. Meanwhile, in Youngstown, the graduation rate has actually slipped in spite of ongoing “reform” efforts since 2010—a further reminder that opponents of the Youngstown Plan need to quit stalling.

NCLB’s replacement, the Every Student Succeeds Act, will require states to intervene in any high school failing to graduate one-third or more of its students. According to this year’s data, every single Big 8 district in Ohio has one or more high schools falling below that bar, and plenty of charters do as well: 42 percent of Big 8 district high schools missed the mark, as did 42 percent of brick-and-mortar charters (60 percent if you include statewide e-schools). That’s sixty-one urban buildings that meet the cutoff for intervention (plus eight virtual schools).

Meanwhile, a handful of urban high schools deserve a shout-out for meeting or exceeding the statewide average graduation rate (86 percent), as shown in Table 1 below. Charter schools are italicized. Many of these district high schools do have selective admissions, meaning that many of the neediest (and often least academically prepared) youngsters don’t enroll. Still, these high schools are an important part of their district portfolios, integral to getting more students to and through college. (See the lower rates of economically disadvantaged students in Toledo and Cincinnati district schools in particular. The percentage of students who are economically disadvantaged is automatically reported at above 95 percent for district schools in Akron, Cleveland, Columbus, Dayton, and Youngstown, making it difficult to determine how many of their students are truly living in poverty.*)

Cincinnati, Toledo, and Canton earn a mean ACT score of 19—the highest among the Big 8, but still 14 percent lower than the state average score (22). Brick-and-mortar charter high schools hold their own at 19 as well.  Cleveland, Columbus, and Youngstown have particularly worrisome average scores as well as participation rates. But because ACT participation isn’t universal—the participation rates in Canton, Dayton, Toledo, and Youngstown are less than 40 percent—it is possible that average scores are skewed. For example, if only the highest-achieving students are taking the ACT, the average score would be overstated relative to the student population. A stark case in point is that of virtual charter schools. At first glance, virtual schools deserve props for posting an average score of 21. However, their participation rate is appallingly low: Less than 5 percent of their graduating classes took the ACT. Just 19 percent of high schoolers at the state’s highest-performing e-school took the ACT. If more students had participated in the ACT, it’s safe to bet that their averages would have dropped—assuming that students with their sights set on college are the ones opting to take the exam (while less academically prepared students don’t).

Fortunately, state law will require all eleventh-grade students to take a college entrance assessment (likely either the ACT or the SAT) in spring 2017 (ORC 3301.0712). This will likely drive down average scores—especially in cities where only one in three students has historically taken the exam. The mandatory participation policy will rightly shine the light on how well urban high schools are preparing students for college and will make comparisons of average ACT scores more meaningful.

In conclusion, too few of Ohio’s urban high schoolers are graduating on time, and most of those aren’t prepared for the rigors of college or career. We have a long way to go toward ensuring that students in our most disadvantaged communities have a chance at success after high school. The variety of high school data now included on Ohio’s report cards is a helpful first step toward examining our weak spots, and it will only improve in future years as full ACT or SAT participation comes online and the state incorporates a high school value-added measure.

Stay tuned for more analyses on Ohio’s Prepared for Success metrics, with an emphasis on the state’s urban district and charter schools.