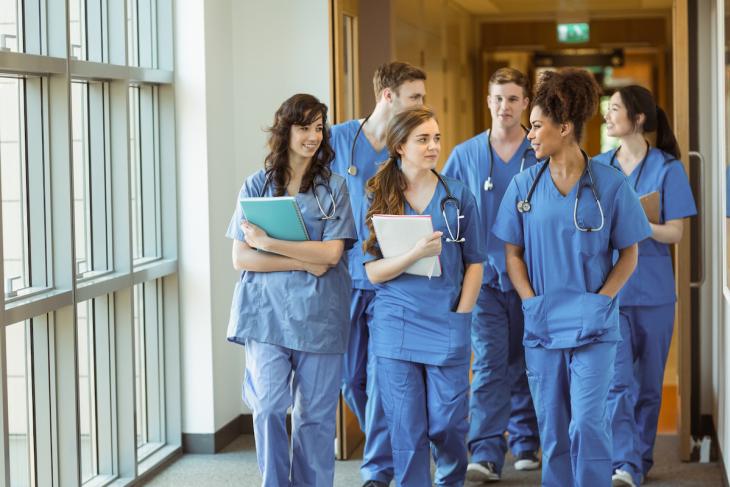 Education policy is rife with references to developing suitable “career pathways” that presumably start in high school and extend through college. A new working paper by Harry Holzer and Zeya Xu examines the impacts of the pathways chosen by community college students, meaning the credentials and fields of study they elect to pursue upon enrolling. Specifically, they examine whether students’ choices over time have positive returns for them, including earnings and the likelihood of obtaining said degree or credential.

They use student-level data for the entire cohort of students who began community college in Kentucky in the academic year 2010–11 and follow them for six years, through spring of 2016. They have data on students’ chosen field of study, courses, credits earned, grades, whether they took developmental courses (a.k.a. remedial), and their desired and attained credentials, including certificates, diplomas, associate degrees or bachelor’s degrees. They can also track them if they transferred elsewhere in the state. They have data, too, on their high school courses, grades, and test scores, so that they can determine if a student was “college ready”—a definition mostly based on eleventh grade ACT scores. Finally, although they don’t have individual earnings, they have overall data for students between the ages of twenty-five and thirty-four in 2017, who would have been approximately the age of younger students beginning community college in 2010.

They use a variety of analytic methods, including student fixed effects models and “exploratory” regression discontinuity models. Although each model has its drawbacks, together they attempt to control for a variety of factors that may be driving student selection in the pathways.

On the descriptive front, they find that only one-fourth of students were deemed college-ready according to their high school measures. The most popular pathway was health care, chosen by one-fourth of students. Nearly one-third of females chose an associate degree in the field, while less than one-tenth of males did the same. Interestingly, the students categorized as not college-ready profess similar choices as the college-ready group (and incidentally complete certificates at about the same rate, though they complete degrees at much lower rates). The overall completion rate over six years in a Kentucky community college is just under 30 percent, and only 22 percent for associate or bachelor’s degrees. According to the report, “Of those receiving certificates, about a fourth go on to attain associate’s degrees as well, while a third of those receiving associate’s degrees go on to attain bachelor’s degrees.” The highest completion rate is for the bachelor’s of arts degree, but it comprises few students; the next is the health pathway, 37 percent. Applied STEM also generates certificates and diplomas at moderately high rates. And regarding attrition, nearly 60 percent of students enrolled in the first year return the second year.

As for the impact analysis, students in health care and other certificate/diploma pathways are 77 and 69 percent more likely, respectively, to attain a credential than those who fail to choose a pathway. Moreover, students in liberal arts are no more likely than students with undeclared pathways to attain any credential in a six-year period. And health care and applied STEM are consistently associated with greater likelihood of credential attainment and higher earnings than other pathways. They also found that students change programs frequently, which hinders outcomes since it limits their ability to accumulate credits within pathways. Early momentum generated by enrolling in and attaining credits in the first year can have positive impacts on credential completion rates.

That lattermost finding is the basis for one of the analysts’ key recommendations. That’s reforming developmental education, since when kids fail these prerequisite classes, they are less likely to hang in there. They raise the possibility of making developmental courses “co-requisites,” meaning students take them concurrently with the college-level class. Other studies have found lackluster results when “co-requisite” developmental courses replaced the pre-requisite kind, and it’s not hard to see why: How can a student unprepared for college work be expected to pass the college work she’s unprepared for at the same time she’s being remediated for her lack of preparation?