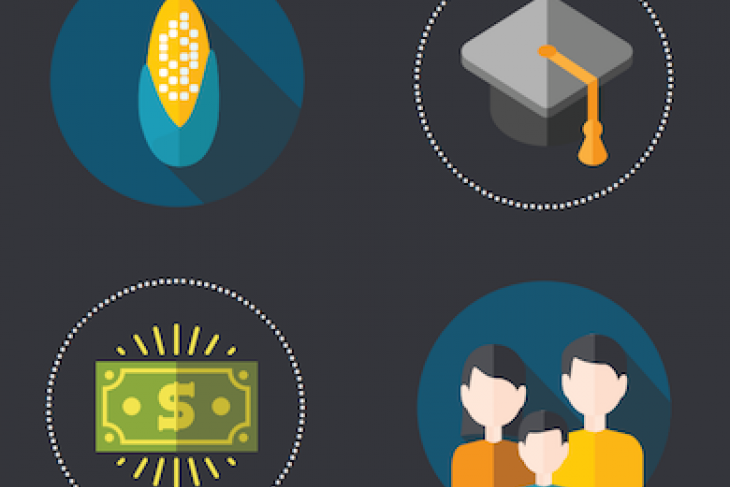 Ask any group of high school teachers, and they will report that the most frequently heard question in their classrooms is, “When are we ever gonna use this?” In a traditional college prep program, the honest answer is usually, “Maybe when you get to the university.” But in the real world? Depending on the class, maybe not at all.

However, in high-quality Career and Technical Education (CTE) programs, that question is moot. Students learn skills that will help them prepare for stable careers and success in a modern, global, and competitive economy. A student who wants a future in architecture doesn’t question his first drafting course in high school. One interested in aerospace sees value in her introduction to engineering design class. An aspiring medical professional is enthusiastic, not indifferent, about high school anatomy.

Unfortunately for millions of American students, CTE is not a meaningful part of their high school experience. Instead, they are shuffled through large, bureaucratized schools that do not adequately prepare them for anything, be it college, career, or both.

In large part, this is because CTE has been chronically neglected by American education leaders and policymakers. Many CTE advocates suspect that it’s because of the damaged “brand” of vocational education. And it’s damaged for a reason, as there was a time when the “vo-tech” track was a pathway to nowhere. “Tracking,” as practiced in the twentieth century, was pernicious. It sent a lot of kids—especially low-income and minority students—into low-paying, menial jobs, or worse.

Yet America is an anomaly. In most industrialized countries—nearly all of which outperform us on measures of academic achievement, such as PISA and TIMSS—students begin preparing for a career while still in high school. Around the world, CTE is not a track away from a successful adulthood, but rather a path towards it.

American students face a double-whammy: Not only do they lack access to high-quality secondary CTE, but then they are subject to a “bachelor’s degree or bust” mentality. And many do bust, dropping out of college with no degree, no work skills, no work experience, and a fair amount of debt. That’s a terrible way to begin adult life. We owe it to America’s students to prepare them for whatever comes after high school, not just academic programs at four-year universities.

Despite its checkered past, modern CTE—often called “new vocationalism”—is a far cry from vo-tech. No longer isolated “shop” classes for students showing little future promise, CTE coursework is now strategic and sequenced. It entails skill building for careers in fields like information technology, health sciences, and advanced manufacturing. Secondary CTE is meant to be a coherent pathway, started in high school, into authentic technical education options, and credentials, at the postsecondary level.

Why don’t we see more communities embracing high-quality CTE? Why are students nationwide taking fewer CTE courses today instead of more? Would it help if policymakers, educators, parents, and kids could see that CTE today isn’t a dead-end track?

That’s where Fordham’s new study Career and Technical Education in High School: Does It Improve Student Outcomes? comes in. We wanted to know whether the students who participated in CTE—and especially those “concentrating” by taking a sequence of three or more courses aligned to a career in a specific industry—were achieving better outcomes than their peers. Were they more likely to graduate from high school? Enroll in postsecondary education? And, perhaps most importantly, be employed and earn higher wages?

To find out, we enlisted Shaun M. Dougherty, assistant professor of educational policy and leadership at the University of Connecticut’s Neag School of Education, who has previously studied high school CTE in Massachusetts and New York City. For this study, he coordinated with the Arkansas Research Center to access and analyze their truly remarkable database, which combines secondary, postsecondary, and labor market information. He designed and executed a rigorous analytic strategy that uses three different statistical approaches, giving us great confidence in his findings.

And what are they?

Arkansas students with greater exposure to CTE are more likely to graduate, enroll in a two-year college, be employed, and have higher wages. Furthermore, those students are just as likely to pursue a four-year degree as their peers. In addition, students who “concentrate” their CTE coursework are more likely to graduate high school by 21 percentage points compared to otherwise similar students—a truly staggering number. Concentration has positive links with the other outcomes as well. Moreover, the results of this study suggest that CTE provides the greatest boost to the kids who may need it most—boys and students from low-income families.

And the good news is that CTE does not have to be super expensive and highly exclusive to have positive effects. The form of CTE we studied in Arkansas is CTE at its most egalitarian and scalable: most students took courses at their comprehensive high school, and some did so at regional technical centers. And it worked.

Overall, this study adds to the growing body of evidence on the impact of high school CTE. Policymakers in other states should heed Arkansas’s example by increasing their investment in secondary CTE that is aligned to the demands of the local labor market. It’s also high time to reauthorize the Perkins Act and increase federal investment in this area. The scars of the recession have faded, but they haven’t disappeared. Connecting more young people with available opportunities by giving them the skills employers are seeking should be a national priority.