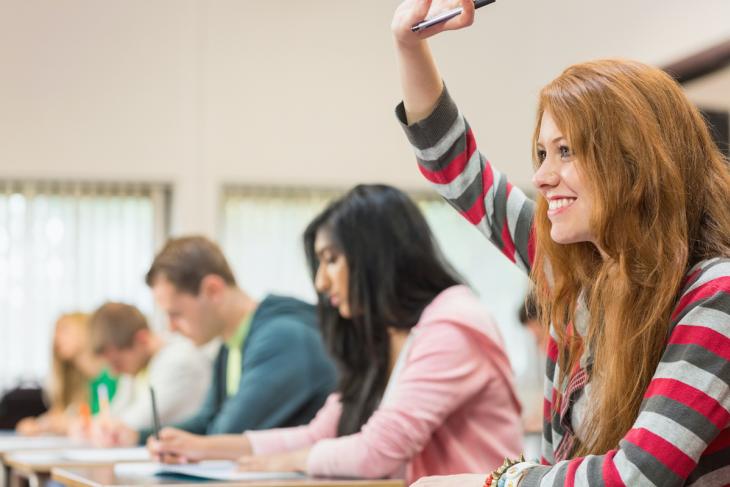 More and more students are taking advantage of the opportunity to earn college credit while in high school, but we don’t know enough about how they use these credits to shape their postsecondary pursuits. A recent study, conducted by University of Missouri’s Oded Gurantz, examines how Advanced Placement (AP) credit earned in high school impacts students’ course-taking decisions in college.

Gurantz uses data from all AP exam takers who graduated in one large unnamed state in 2004, 2005, and 2006. (We’re told that this state covered all AP exam fees for all students, so it caused a big spike in exam taking.) Students who took an AP course but didn’t take the exam aren’t captured in the data set. Data from those exam takers were then matched to college transcript data from public four- and two-year colleges in the same state. Students who went to private or out-of-state institutions were not included.

Gurantz’s analysis focuses on students who took one of the ten most popular AP exams during this period, divided into STEM exams (biology, calculus, chemistry, etc.) and non-STEM exams (English literature, psychology, government, world history, etc.). The data set includes the students’ raw, continuous score on a scale between 0 and 150 and their integer score between 1 and 5, which is what students see. A regression discontinuity design compares students with essentially identical continuous scores, but who received different AP exam integer scores based on a cut-off. As a result of these minor differences in exam performance above and below the cut-off, students either do or do not receive AP credit that subsequently gives some of them the opportunity to skip introductory courses once they enroll in college.

The analysis finds that being offered course credit for passing the AP exam leads to large reductions in the likelihood that students take introductory college courses and that how they use this freedom from required course-taking varies by exam type and gender. Gurantz points to the actual credit received as the driver for decision-making, as achieving a higher integer score at a threshold that does not offer credit has no effect on courses taken.

Finally, females are significantly more likely than males to use the college credit to progress deeper within the STEM disciplines and shift their course-taking patterns. In fact, males take essentially no additional higher-level STEM courses as a result of the earned college credit. As a result, the male-female gap in STEM courses taken shrinks by roughly one-third to two-thirds, depending on the outcome. We’ve known for years that many females tend to avoid the STEM fields, but this study fortunately shows that providing female high school students the opportunity to delve more quickly into higher-level STEM courses—perhaps by “demystifying” STEM and its requirements via AP—increases their overall STEM participation, potentially improving later career prospects.

The research raises a few questions that were out of the study’s scope but that would nonetheless inform policies relative to early college credit. For instance, would knowing one’s continuous score—i.e., how close they were to passing without doing so—also alter course-taking behavior of non-passers? To what extent do colleges structure their course sequences in such a way as to make it undesirable or impossible to skip introductory courses? This could explain, in part, the non-trivial percentage of students in the study who go on to retake the same material in college despite their passing AP scores. Do introductory courses serve an important “non-cognitive” purpose in socializing students to their new environment? And how do college admissions counselors advise students regarding AP credit?

Yes, Advanced Placement is a reliable mechanism for preparing students for college-level work. But it also matters what AP subjects that students take and whether they pass the exam—and how answers to the multiple questions above intersect with these realities.