Honoring giftedness in the black community 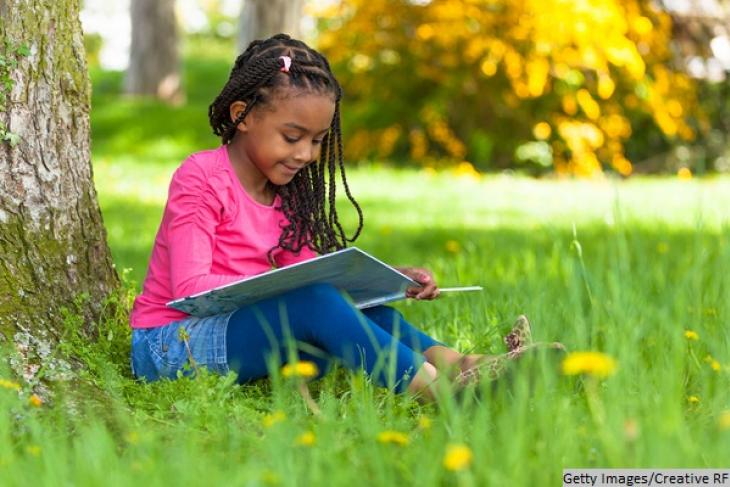 At the turn of the twentieth century, scholars and politicians alike were wrestling with a new America. It was the end of Reconstruction, and race relations in the country were coming to the fore of the national conversation. Sociologists and politicians were embroiled in contentious discussions that would shape the nation’s development. Amidst the controversies were egregious theories perpetuating the belief that persons of the Negro race were intellectually inferior and, thus, not deserving of full rights and equal opportunities alongside their white peers in American society. Entering this dialogue were a small group of black scholars, some supported by white mentors, who themselves joined the cause of disproving theories of racial inferiority. These theories presupposed that individuals, based on their skin color and Negro bloodline, were incapable of reaching the upper limits of mental ability ascribed to gifted individuals.

It therefore appears to be providential that Martin David Jenkins was born in 1904 was born and by the 1920s was of an age that he may have been aware of early civil rights activists and scholars like Bond and Proctor. Martin was the only son of David W. and Josephine Jenkins. David Jenkins, a very prominent engineer, was the first Negro bridge contractor in the state of Indiana. As a high school student, Martin attended the segregated Booker T. Washington Middle School and later entered the racially integrated Wiley High School in Terre Haute. His exemplary character and scholarship was noticed early at Wiley High School, the city’s largest high school in 1919. As a young student, Martin distinguished himself. His high school yearbook portrays him as captain of a track team that included three other African Americans among its members.

With experience as a leader and an exemplary athletic and academic record, transitioning to the world of academia appeared easy for this young scholar. Within two years, Martin completed his AB degree program at the Indiana Normal School and was ready to enter the education profession. It was during his time at Indiana that Martin came to the attention of Dr. Paul Witty, another Terre Haute native and an alumnus of Indiana State University. Witty studied psychology and later left Indiana to take a position at Northwestern University. Witty’s career in psychology and gifted education included his becoming a leader in the nation’s first organization devoted to the support and advocacy of gifted children, the American Association for Gifted Children (AAGC), founded in 1946.

Entering Northwestern as a graduate student, Jenkins found a university that nurtured his scholarship and provided support for his ideas, research, and publications. Northwestern was growing quickly and becoming an eminent research university. Well-endowed by private donors and founded by a group of Methodist ministers, the school opened its doors early to students from different races and religions.

Jenkins committed himself to the task of providing valid evidence that Negro children could indeed take traditional intelligence tests and score in the upper limits of ability. While working against a tide of scholarly and political arguments to the contrary, he published ten scholarly works singularly devoted to the topic of high intelligence in Negro children and youth. The very act of publishing such papers—during a time when Negroes were assumed to be of lesser intelligence than white children and youth—are a testament to Jenkins’s tenacity.

Most notable among Jenkins’s research and writing is the publication of the case study of “B,” a girl from Chicago whose Stanford-Binet IQ score was measured at 200 at the age of nine years and four months (Witty and Jenkins, 1935). The study of “B” was a descriptive case study providing detailed responses from the young student to items on the intelligence test, as well as commentary from the child’s mother. Jenkins’s detailed descriptions report a child who gave rapid responses, made rich associations, and was not pleased with her own performance. This case study also provided a detailed accounting of the girl’s developmental history, school achievement, performance on other instruments in the battery of tests, interests, peers, and home life.

When her teacher was asked to nominate their most intelligent pupil and best student, “B” was not nominated. Instead, the teacher nominated a girl who was years older than “B” and had scored 100 on a group test. It was this case, along with others that followed, that earned Martin Jenkins a place in history as the first African American scholar studying exceptional intelligence among black students; publishing some of the first papers in this field; providing scholarly evidence of the high intelligence of black students during the early twentieth century; and creating the groundwork for scholarship and practice in our field today.

Three years ago, a team of NAGC scholars—Dr. Donna Y Ford, Dr. Tarek Grantham, and Dr. Joy Lawson Davis—initiated the Dr. Martin D. Jenkins Scholar Award project to recognize and honor black students in grades 6–12 who exemplify the traits that Dr. Jenkins sought out during his work in the early twentieth century. This project is hosted by the Special Populations Network and the GRACE Special Interest Group.

Two exemplary Scholars programs were hosted at the NAGC Conventions in 2014 and 2015. Winning students and their families were honored and presented with awards to recognize their scholarship and achievements as black gifted students. Their phenomenal profiles were shared with all in attendance. This year, we are soliciting new scholars from across the nation and looking forward to the third annual Jenkins Scholar Award celebration at the sixty-third annual NAGC convention at Disney’s Coronado Springs Resort in Florida.

All supporters of gifted students are encouraged to share this information and also donate to support the awards for selected Jenkins Scholars. The support provided will help the NAGC extend the important work and legacy of Dr. Jenkins. It will also enhance the field’s capacity to encourage equitable access to gifted and advanced learner programs nationwide!

This blog post is excerpted and modified from “Martin D. Jenkins: A Voice to Be Heard,” by Dr. Joy Lawson Davis, in A Century of Contributions to Gifted Education: Illuminating Lives.

Editor's note: This is part of a series of blog posts that is collaboratively published every week by the Thomas B. Fordham Institute and National Association for Gifted Children. Each post in the series exists both here on Flypaper and on the NAGC Blog.