Has Trump turned against charter schools? 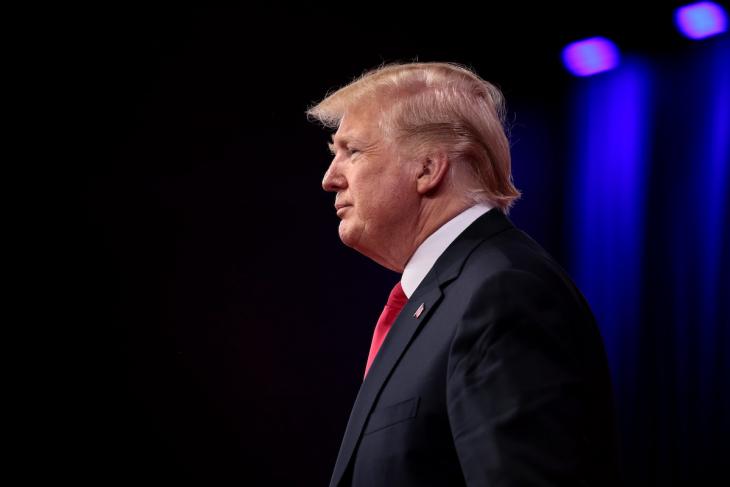 It’s a hard week—harder even than usual—to be Education Secretary Betsy DeVos, or her chief policy advisor, assistant secretary Jim Blew. Both are longtime, outspoken, and sophisticated supporters of charter schools. Indeed, DeVos’s (and, implicitly, Donald Trump’s) support for charters has loomed large in the attacks on her that have been coming from prominent Democrats in Congress and on the presidential campaign trail, and in the fracturing of the bipartisan coalition that has enabled the charter sector to grow dramatically over the past two decades.

So it’s got to be deeply awkward for DeVos and her team to see her Department’s $440 million program of financial assistance to that sector melded (along with twenty-eight other categorical programs) into the big new K–12 block grant that figures prominently in the administration’s FY 2021 budget proposal. Although there’s scant political likelihood that Congress will adopt this plan, DeVos and Blew understand perfectly well that the proposal itself will be interpreted (and welcomed) by charter foes as a sign that even the Trump-ettes have lost their enthusiasm for these independent public schools of choice. One can easily picture Elizabeth Warren or Bernie Sanders, for example, phoning Randi Weingarten to strategize about how best to capitalize on this rug being pulled out from under charters by the administration. And the House Democrats who were already on the warpath over charter school aid will have juicy new talking points in the Senate-House appropriations conference.

Viewed from 30,000 feet, this is a Lilliputian issue alongside the Brobdingnagian changes in federal spending priorities that would be wrought by the new Trump budget, and in truth the Education Department wasn’t whacked nearly as hard as many other agencies. But the changes that would ensue in the structure of federal funding for K–12 education would be momentous indeed. As the Department put it, “The budget calls for consolidating nearly all existing K–12 formula and competitive grant programs into one block grant to States, called the Elementary and Secondary Education for the Disadvantaged (ESED) Block Grant. Funds would be allocated using the same formulas as the Title I Grants to Local Educational Agencies program.” While IDEA funding (for the schooling of children with disabilities) remains separate, just about everything else in the K–12 space, including the giant Title I program, would either be folded into the block grant or eliminated altogether. For aficionados and beneficiaries of the twenty-nine categorical programs thus folded, and at a funding level less than the sum of their parts, it’s a painful blow indeed.

In principle, let it be noted, block grants are not a bad thing. Faithful to the Tenth Amendment and, in the education space, to the spirit of ESSA, they empower states and districts to spend federal dollars as they think best. Block grants unclutter the budgetary and bureaucratic attic that’s jammed with little categorical programs, some of which—I admit—have outlived their public value and live on mainly because of interest groups that have come to depend on them.

Yet when something is or should be a national priority, entrusting states and districts to faithfully advance it is pure folly, and the aforementioned interest groups, more than a few of them both worthy and needy, cannot assume that their district or state will give them the time of day. Maryland, for example, where I live, famously has the weakest charter school law in the land, and it’s unimaginable that the union-dominated majority in the state legislature would ever apportion—or allow the executive branch to spend—federal block grant dollars to grow the charter sector. That Maryland has federal charter dollars today is because the categorical nature of the program enabled charter-friendly executives and state board members to submit the requisite application without legislative approval.

Should the proposed block grant ever come to pass, one assumes—surely hopes—that extant charters would continue, even in Maryland, to get the Title I funding that presently comes to many of them. But it’s possible that charter-averse districts would try to starve them even of that. And it’s all but unthinkable that such districts would allocate a dime from their share of the block grant to cover the start-up costs of new charters, which is the principal function of the existing federal program.

As it happens, the administration’s proposed block grant also contains several small competitive grant programs that I value, including the little Javits Gifted and Talented Program (the sole source of federal help for that pupil population) and a wee program of assistance to history and civics education. Considering their value to the nation, plus that of the growing and fast-improving charter sector, I end up torn. I don’t think Uncle Sam should micromanage American education. On the other hand, when it comes to the relatively small portion of K–12 spending derived from Washington, I don’t see any justification for just putting it on a stump and letting states and districts spend it as they see fit. Federal spending programs should advance national priorities, and—in my view—one of those should be more and better charter schools, precisely because they create quality alternatives for needy kids otherwise swindled out of a decent education by the schools run by their districts and states. To turn charter dollars over to districts and states in most places is akin to placing foxes in charge of hens.

No, this block grant isn’t going to be enacted by Congress in the form that the administration has proposed. But the long-term political damage to the charter movement may prove substantial—as DeVos and Blew surely understand. I have to assume they lost a fight with the Office of Management and Budget over this—and I think it’s a damn shame.

NB: Also shameful is the budget’s proposed increase in what can only be termed Education Department “overhead” funding, even as the programs run by the agency are slashed and consolidated, which logically should shrink the “central office,” too. Kudos, though, for a modest but much needed funding boost for the National Assessment of Educational Progress.