In God we trust; all others bring data

I had an economics professor in grad school who told us that every civilized household should use the most recent edition of the “Statistical Abstract of the United States” as a coffee table book.

For one hundred thirty years, the “Stat Ab” has been was an annual federal publication packed to the rafters with data: page after page of data tables on every imaginable aspect of our lives—demographics, jobs, transportation, health, agriculture, the military, and more.

When our class laughed at the idea of replacing a book of Ansel Adams’s photos with one that included “Table 925. Energy Supply and Disposition by Type of Fuel,” our professor excitedly (and without irony) replied, “But there’s just so much you can learn from these numbers!”

The same could be said of the “2015 Condition of Education” recently published by the National Center for Education Statistics. For years, Congress has required this federal agency to annually produce a report on the state of U.S. schools. If it were up to me, it would be mandatory professional development for everyone working in K–12 to spend ninety minutes with this report.

We should all stay up to speed with the basic facts of our respective fields. Things are constantly changing, and nobody wants to be a soldier fighting or preparing for the last war.

But it’s becoming even more critical that education reformers share foundational knowledge. As our sector grows, generalists are being replaced by those specializing in niche fields like teacher recruitment and school choice, many junior staff are serving in important policy roles (on the Hill, for instance, or in governors’ offices), and a growing number of our colleagues are spending time on issues outside of education, from economic mobility to criminal justice reform. We need a lingua franca of facts.

But there’s another important reason that we must stay grounded in the evidence. So many of us have been drawn to education reform because we’re interested in big philosophical questions or wedded to a specific ideology—expanding free enterprise, ensuring equity, protecting local control, unwinding “privilege,” preserving longstanding institutions, empowering the powerless.

Too often though—in writing, in meetings, in speeches—the recitation of our scripture (whether it’s Hayek, Rawls, McIntosh, Oakeshott, or Tatum) crowds out cold, hard facts. In the long run, that serves no one well. As W. Edwards Deming famously advocated: “In God we trust; all others bring data.”

Here are some of the data I’ll be bringing thanks to my ninety minutes of PD.

There are fifty million kids in public schools. Five million are in private schools—the lowest percentage in decades. Catholic schools are (still) the most prevalent type of U.S. private school (except in rural areas, where they are scarce).

Over the last sixty years, student/teacher ratios have dropped from about 27/1 to 16/1. Salaries and benefits constitute 80 percent of school spending.

State and local governments provide nearly the same amount of funding to schools—gone are the days when local districts were on their own financially. Today, property taxes produce a majority of funding in only a few states, mostly in the northeast. 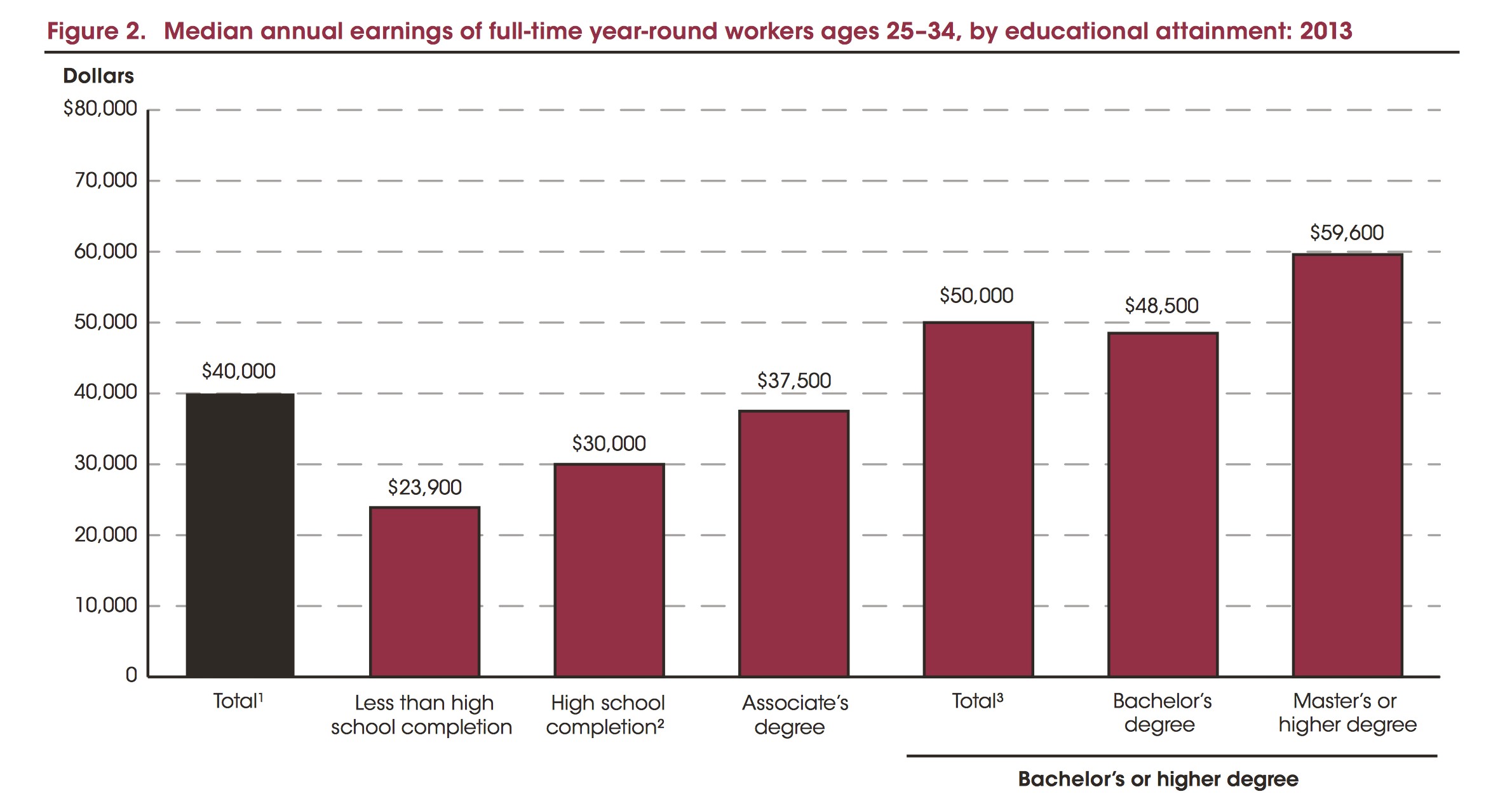 Forty percent of U.S. students are black or Hispanic, and almost half of them attend high-poverty schools. A decade from now, the percentage of students who are white or black will fall. The percentage of Hispanic students will increase by more than 50 percent.

Childhood poverty is worse in the South than in any other part of the country. African American kids are three times likelier than their Asian peers to live in poverty.

Kids who live in a mother-only household are four times likelier to live in poverty (44 percent) than kids in a married-couple household (11 percent). African American boys are five times likelier than white boys to be housed in a juvenile correctional facility.

Young Hispanic adults are still substantially less likely than African Americans to hold a high school diploma. But compared to 2000, both black and Hispanic young men are much likelier today to be enrolled in postsecondary education.

Also in the “good news” column: Crimes against kids occurring in school have dropped precipitously since 1992. And since 1990, the percentage of high school students completing a statistics course grew from 1 percent to 11 percent. Those completing calculus grew from 7 percent to 16 percent.

I promise that you’ll learn interesting stuff by just spending some time with “Conditions of Education.” And maybe if we all do that, our debates would be a bit more fruitful and a bit less contentious.