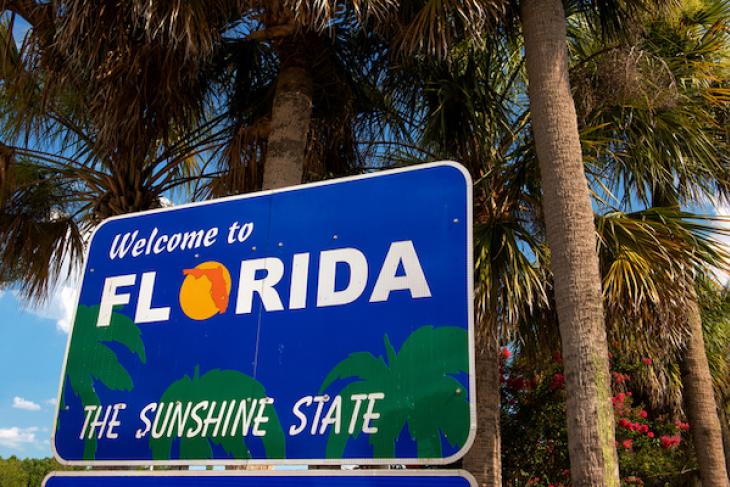 Florida has been a national leader on private school choice for a long time. The state’s tax credit scholarship program is the largest of its kind the nation, supporting over 100,000 low-income children in 1,800 participating private schools. A new study this week from the Urban Institute suggests those students are more likely to go to college and graduate than their peers in traditional public schools. The state also offers private school options and assistance to children with special needs, victims of bullying, and those in grades three through five who are having difficulty reading.

Now the political stars have aligned to allow Florida Republicans—if they choose—to push the school choice agenda even further. With the election of Governor Ron DeSantis, a victory credited by The Wall Street Journal to African American “school choice moms” voting to protect tax-credit scholarships and charter schools, choice proponents are champing at the bit to push school choice into the middle class, even making Florida the first state in the nation with universal choice.

Republicans have had “trifecta” control of the governor’s office, Senate, and House since 2011. But what has school choice advocates dreaming big is three new appointments DeSantis has made to Florida’s Supreme Court since taking office January, which leaves no Democratic appointees on the bench. The state’s highest court has been a stumbling block to the school choice agenda, and a sore point among choice advocates dating back to the 2006 Bush v. Holmes decision, which ruled the state’s Opportunity Scholarship voucher program unconstitutional. The state’s various private school choice options in the years since have all taken the form of tax credit scholarships or state-funded programs targeted to students with special needs making them politically difficult to challenge.

What was once a five-two liberal majority is now six-one a conservative court—by some accounts the most conservative top state court in the nation, and one that’s presumably open to reversing Holmes. Speaking at a School Choice Week event two weeks ago at the James Madison Institute, a free-market think-tank in Tallahassee, Florida’s new state education commissioner Richard Corcoran remarked, “It’s hard not to be a little giddy right now.” DeSantis’s election and his court appointees make it “just a whole different world and different paradigm,” he said.

Almost without exception, every state official and school choice advocate I recently met in Florida believes the state will be the first to have “universal” education savings accounts, opening private school choice options to all who seek them. But a debate has emerged between Republican lawmakers who are wary about “biting off more than we can chew,” and those who see an opportunity to “go big or go home” while the GOP has control—a delicate state of play that is unlikely to last forever in a state with one of the nation’s most evenly divided electorates.

For school choice advocates, all the pieces are in place: a supportive Governor; an education commissioner who was an aggressive choice supporter as Florida’s House speaker; and committed Republican majorities in the House and Senate, who are apt to cooperate with the new Governor during his honeymoon first year in office. Twenty years of private school choice programs mean there are already thousands of schools serving scholarship students—and serving them well based on the new Urban Institute findings. The shift in the court’s composition clears away the last foreseeable hurdle.

However Florida’s GOP lawmakers are wary about overplaying their high cards. Interviews with several of them suggest they are more inclined to push the choice agenda incrementally, continuing to build political support for it. “We have to get rid of the low-income waiting list before we proceed to anything else,” said Republican Manny Diaz, Jr. who chairs the Senate Education committee, echoing DeSantis’s call to get 13,000 students currently waiting for placements off the waitlist for tax credit scholarships. “We should make sure the [private school] market can sustain and provide quality options for whoever’s entering it for their educational options,” Diaz said.

The apparent reluctance to press immediately the full choice agenda is causing at least some frustrations among school choice advocates, who argue the opportunity to include the middle class in private choice options is not just good for students, but smart politics. “Florida should be wary of becoming the next Massachusetts,” says one, alluding to the failed 2016 ballot initiative to raise the Bay State’s charter cap. Their argument is that where choice programs are seen as serving only low-income students, the middle class can easily turn against them because their children don’t benefit—particularly when teachers unions and others rally support for the idea that choice and charters damage traditional public schools.

No state in the country has a more delicate political alchemy than Florida. When DeSantis was elected by a razor-thin margin, one wag on Twitter noted that even if Florida had to choose between ice cream and a kick in the face, it would still go to a recount. Republicans see school choice as a vote-getter; school choice advocates look at the same set of facts on the ground and urge boldness. “It’s just such a slim margin, says Erika Donalds, a former Collier County School Board member and chairman of School Choice Movement. “I wouldn’t want to put all my chips on current school choice moms swinging it one way or the other.”

It falls to DeSantis to be either incremental or bold. To see which way the wind is blowing, keep an eye on education commissioner Corcoran. A Republican colleague who has worked closely with him describes him as a “brilliant strategist” with first-rate political instincts, and someone whose “heart is all in” on school choice. “Everything we did in the last ten years was to create the environment to be able to get to universal choice,” says this veteran Republican. “If it’s possible and there’s a window to do something aggressive, he would be jumping in and leading the charge.”