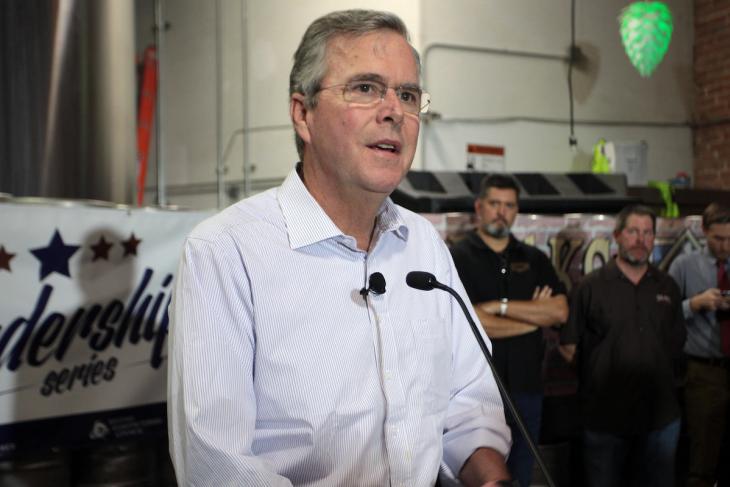 A big part of the reason that U.S. kids and schools haven’t made great gains since the country was declared a “nation at risk” in 1983 is that few states—and states are where the main education action is—have both launched major reforms and stuck with them.

Sure, there have been innumerable initiatives, crusades and promising starts on every sort of imaginable education change. But in the two most important reform realms, the two with the greatest capacity to make the biggest difference, namely (a) standards-and-accountability and (b) access to better schools for kids who need them and families who want them, the pushback is huge. The traditional public-education system hates both kinds of reform, which threaten its monopoly, call attention to its failures as well as its successes, and potentially sap some of its resources. So it fights back with everything it’s got and, politics being what they are and political leaders coming and going as they do, only a couple of states have had the leadership, fortitude, and steadfastness to keep at it.

Louisiana is looking good and Tennessee may pull it off, but the two “poster states” to date have been Massachusetts and Florida.

The Bay State got going in 1993 with a “grand compromise” Education Reform Act that raised standards for kids, teachers and schools alike, launched some of the country’s best charter schools (though not enough of them!) and lubricated the process with a considerable investment of dollars. Most importantly, Massachusetts kept at it in a bipartisan way through one election after another and resisted all manner of efforts to slow down, rein in, or simply weaken the course of reform. In consequence, it has achieved America’s strongest academic track record and is basically the only state with achievement results that now rival the “Asian tigers.” Today’s challenge for Massachusetts is to rev it all back up—people there admit that they’re coasting a bit—and further raise the expectations while also doing more to close persistent achievement gaps.

The other big success story—deserving a hearty hurrah on its twentieth anniversary!—is Florida, which launched in 1999 with that year’s “A+ Plan for Education.” Substantially the creation of then-governor Jeb Bush, aided by a strong team and supported by forward-looking legislative leadership, that plan contained an impressive array of reforms, not just in the key realms of accountability and choice but also overhauling teacher preparation, opening access to Advanced Placement, stimulating online learning, and much more.

While Massachusetts wasn’t doing badly before it got serious about education, Florida—like many southern states—was in dire shape two decades ago. Whatever metric one looked at—pupil achievement, high school graduation, availability of advanced coursework, etc.—the picture was bleak and (akin to Massachusetts in this regard) the whole system seemed to be in the grip of the status quo and the adult interest groups that benefited from it.

Bush—in his first year as governor—energized the Sunshine State to break through the gridlock, the apathy and the fatalism, helping Floridians realize that it was both urgent and feasible to change. His state did not have to remain near the back of the education train. Its kids, its economy and its social and civil wellbeing all deserved something far better.

The result, not just during Jeb Bush’s eight years in the statehouse but also under his gubernatorial and legislative heirs, has been a phenomenal turnaround. Indeed, Florida’s education system today is almost a replacement for the one Bush found on election day. The state leads the nation in school choice and other education choices as well as student access to advanced coursework. Its high school graduation and college-going rates are awesome and it’s done better than almost every other jurisdiction in narrowing achievement gaps and equalizing opportunity across its remarkably diverse population.

Plenty of challenges lie ahead for Florida, of course, as for Massachusetts (and every other state!) and, as I write, the legislature is wrestling with several of them. No one can guarantee the future. But the past two decades have been mighty impressive, and I commend Florida for those achievements even as I urge them to maintain the momentum.

Editor’s note: This piece originally appeared in a slightly different form on the Foundation for Florida’s Future’s blog.