Five lessons from my time on the Maryland State Board of Education, part II 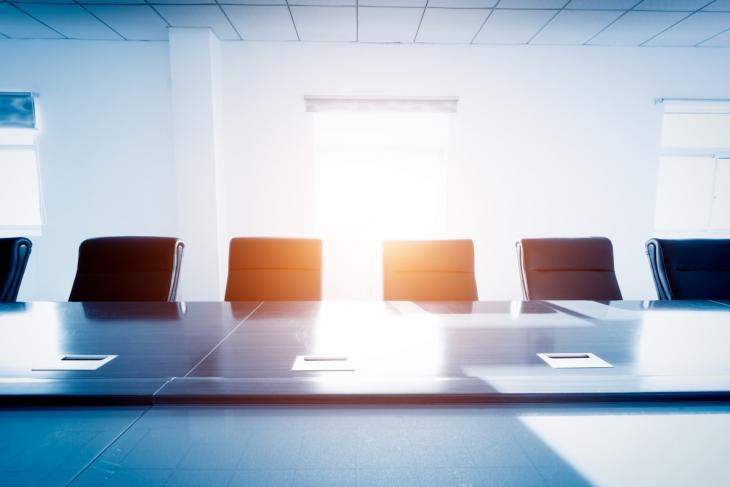 This is the second installment of an essay originally published by Education Next. The first included two of the five lessons the author learned during his time serving on the Maryland State Board of Education. This entry covers the other three.

Third, do your utmost to control the agenda and contain the interruptions. Every organization with a board is capable of drowning that board in so much paperwork, so many information items, and such a long list of trivial issues for review as to prevent board members from even getting enough airtime to present their ideas and raise other matters. What’s more, any veteran executive (and every state superintendent comes from that tribe!) knows that control comes from managing the agenda, paper flow, and lines of communication. At our agency, save for a handful of carefully vetted exceptions, staffers, and board members were barred from communicating directly. Everything had to channel through the front office.

The education field brings one more distraction that keeps boards from engaging with real policy issues: the impulse to fill the board’s limited time together with celebrations and recognitions of every sort. Yes, great schools and educators deserve plaudits and yes, one way of conferring those is through face time and photo ops with the state board. But the ceaseless parade of time-consuming presentations by, and accolades for, the this-or-that-of-the-year eat big chunks of what might otherwise be productive efforts to make decisions—which would ultimately lead to more education successes worthy of celebration.

After some false starts, our board leaders got better at holding planning sessions to fix the next meeting’s agenda and, in the course of the meeting, members were invited to suggest items for future meetings. But that didn’t stop the paperwork from requiring a wheelbarrow to transport, didn’t open lines of communication with agency professionals, and didn’t halt the aforementioned parade of time-consuming (albeit pleasant and gratifying) recognition events.

Fourth, be aware that sunlight sometimes burns. Many states have “government in the sunshine” or “open-meeting” laws. Maryland’s is pretty rigid: Save for obvious “executive session” matters such as personnel and quasi-judicial issues, pretty much every policy body and its sub-units must not only hold all meetings in public but must also give public notice of when and where it will meet. There’s an elaborate enforcement mechanism and a bunch of enforcement-minded attorneys.

I dare not deny the public’s right to know, and I won’t argue that rules like these weren’t meant to serve the public interest. Still, they make it exceptionally difficult for members of a board like ours to brainstorm, horse-trade, compromise—and obtain the sometimes-sensitive information that often makes for better policy. Consider the executive session when—this happened—we were considering the appeal of a district’s denial of a family’s petition to send their child to a different school. Our attorney said we were only allowed (under current regulations and precedents, blah, blah, blah) to base our ruling on whether the local board had correctly followed its own policies; we were not allowed to consider what might have been in the child’s or family’s best interest. So we started talking about whether we could change the regs so as to allow us to weigh what might be best for the child’s education. Swiftly, the attorney pounced and declared that, under the open-meeting rules, we had to hold that conversation during a public session.

That was doubtless true under the law, but it was also a fast way to freeze the pipes! Not just because, when we returned to public session, we would have had a full agenda (including beaucoup recognitions and presentations) but, even more, because as we started to feel our way toward a possible new policy in a complex and sensitive realm, it would have been next to impossible to make real progress in public, where we weren’t likely to get any staff support and where every vested interest in the state—the Maryland education/political establishment is notoriously hostile to school choice in every form—would have noted every word a board member uttered. Yes, I suppose we could have scheduled a “retreat” and gone off to hide somewhere, or held off-line phone conversations that never engaged a quorum of board members at the same time, but that would have been a costly, semi-dishonest way to create a forum in which a potentially important policy change could have gotten the kind of consideration it deserves.

Note, too, that the public sessions—now also on streaming video in Maryland—give board members with other agendas the opportunity to strut for their own audiences. This becomes a real issue when (a real example) a board member is also running for elective office and wants support from some of the very constituencies that are watching the meeting and listening to what everyone says and how everyone votes. You might think the visibility would constrain showboating and vote-pandering, but I’ve seen examples where it works just the other way.

Fifth and finally, despite all of the foregoing, don’t give up. It’s not totally hopeless. Moments of opportunity arise. Stars have been known to align. Gains, however incremental, can be made. Once in a while, the step backward is only a half-step, and then you can inch forward again.

Constrained as we were by legislators, we still managed to create a wholly new school-accountability system that was—and is—better than anything that preceded it. (Schools now get “star” ratings, for example. Gifted kids qualify as a “subgroup” whose progress must be disclosed. There’s more.) Our efforts to overhaul high-school-graduation requirements and teacher-certification practices, though resisted by stakeholders’ addiction to the status quo, coincided with the work of an influential statewide education-reform commission and produced a unified array of worthwhile, if imperfect, recommendations for change. And on those occasions when the state superintendent’s own priorities turned out to align with the board’s—well, even the bureaucracy could end up helping more than hindering!

I never despaired, but I’ve been at this sort of thing too long to be patient, and my fellow board members were too often subjected to my impatience, which occasionally morphed into outrage. But it’s hard to be patient when kids’ futures are hostage to a great, big, all-but-immovable system that’s more attuned to grownup priorities than to theirs, and when the governance of that system is encumbered by so many of its own structural and political woes.