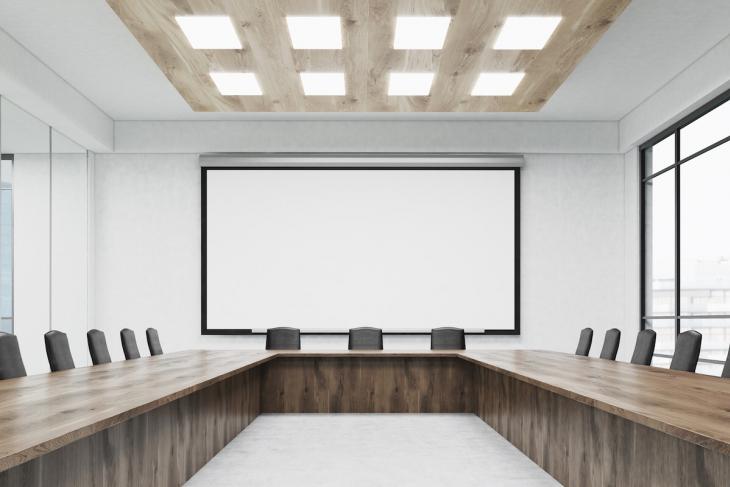 This essay, originally published by Education Next, will run in two parts. The second, which includes three of the five lessons the author learned during his time serving on the Maryland State Board of Education, will appear in next week’s Education Gadfly Weekly.

A surprising array of events are arranged in four-year cycles: leap years, the Olympics, presidential elections, and many “terms of office,” including those on the Maryland State Board of Education, where I just concluded my tour of duty.

There’s much that I won’t miss, including the obese briefing books we were sent every month, the depressing old Baltimore building in which we met, the decrepit garage next door where we parked, and the congested interstates that strained to get me there and home. I won’t miss tussling with lobbyists, politicians, and bureaucrats who don’t want anything to change (except, please, send more money!). I surely won’t say that my four-year sentence flew by. I will, however, miss board colleagues who, with almost no exceptions, struggle to do right by the state’s children, especially the neediest among them and who, for zero compensation, have committed—and, in my absence will continue to commit—many, many hours to earnest, albeit exceptionally difficult, efforts to give those kids the education they deserve.

Most states have such a board, and in many—as in Maryland—its members are appointed by the governor, often—as in Maryland—with confirmation by some branch of the legislature.

Though we tend to take this governance structure for granted, it’s important to remind ourselves how anomalous it actually is. Few other major components of a state’s government and certainly no other massive portion of its budget are overseen by a dozen individuals serving staggered four-year terms, rather than directly managed by a “commissioner” of some sort who answers exclusively to the governor and serves at the latter’s pleasure.

The grand historical rationale for such buffering was to insulate schooling from patronage and corruption, which were widespread in state and local governments. The progressive expectation was that those “independent” boards, state and local alike, would consist of selfless, public-spirited citizens, themselves often drawn from well-schooled elites, who were above conventional politics and cared exclusively about the well-being of their children and communities.

Gracious, what a long way we’ve come, and how far we’ve fallen! Public education turned out to be far too big a deal—too much money, too many jobs, too many peoples’ kids, too contentious—to resist politics. In Maryland, as in most places, the state board is politically engaged, politically influenced (though not very influential), and constantly in the bull’s-eye of all manner of politics, politicians, and those whose mission it is to influence what goes on in schools and among those who work there.

That’s not news, and on balance, it’s not surprising, but we might fairly ask: if the nineteenth-century rationale for our inherited school-governance structure no longer applies, might the country’s education needs be better met by a very different structure? In my view, the whole K–12 apparatus needs a radical overhaul, but I’ll save that for another day. My purpose here is to distill five lessons from my four-year term that will stick with me and that might possibly behoove others to consider.

First, as a state-board member, you’re now part of a high-stakes political process, so understand that, if you and your colleagues set out to change anything of consequence, you’ll have enemies and you’ll need allies. Don’t suppose that you’re actually in charge, no matter what constitutions, statute books, and regulations may say.

Boards in some states have greater authority, with New York’s “regents” serving as the premier example. Even under the best of circumstances, however, you won’t successfully rock any sizable education ships unless you can call in waves of support from well beyond your fellow board members. With luck, you’ll have the state superintendent on your team, but even so, you’ll still need the governor and/or key legislators and/or major “stakeholder” groups, too. Be wary, though, if they all agree, as that probably means they’re agreeing to more of the same with a higher price tag attached. If reform is your mission, you’d be wise to consent to be appointed only by a governor who has a clear reform agenda and is willing to expend political capital to see it through.

We didn’t do a great job of building political oomph in Maryland these past four years, but the deck was stacked against us. By the middle of my term, all twelve board members were appointees of Republican governor Larry Hogan, who has faced a veto-proof Democratic majority in both legislative houses from day one, and who, sad to say, has never shown more than perfunctory interest in education reform. Yes, he made worthy school-choice proposals, most of which were ignored or swiftly shot down by legislators. In marked contrast to legendary “education governors” such as Lamar Alexander, Jim Hunt, and the two Bush brothers, however, I observed in Hogan neither a real strategy for getting much done in the education space nor any evident appetite for joint strategizing with his board members. In four years, I never even met the man! I understand, however, that legendary “education governors” like Alexander, Hunt, and the Bushes worked within very different legislative contexts, so it’s possible that Maryland’s reform-averse environment factored into Hogan’s strategic calculus.

When our board took significant initiatives of its own, we ran into problems. Our new school-accountability plan under the Every Student Succeeds Act, which began with the merest hint during board conversations that perhaps the state should actually intervene in chronically failing schools, led to legislation designed to thwart any such move, claiming that our very words were a dire threat to local control. All major stakeholder groups—not just the powerful teachers unions, but also the school boards and superintendents’ groups—joined forces to block any assertive version of building-level accountability. This legislative blockade had happened before in Maryland, including back when long-serving state superintendent (Saint) Nancy Grasmick proposed outsourcing a few dire inner-city schools.

In another realm, we had some support from legislators and local controllers but actually found ourselves battling the governor who named us. In that instance, business interests in Ocean City persuaded Hogan, whose enthusiasm for crowd-pleasing gestures has long been manifest, to vouchsafe the integrity of summer vacation by blocking any moves to lengthen the school year. Never mind that a huge number of less-than-proficient youngsters, many of them poor and minority, would benefit from more instructional time. Instead, he issued an executive order that essentially barred districts from opening school before Labor Day or remaining open after June 15. The initial order allowed waivers, however, and our board signaled that it would generously grant them. Hogan hastily revised his order to close that loophole. Here again, as with school accountability, we were doing our best to look after the interests of children but, here again, grownup priorities prevailed. (As I write—two years after that dust-up—legislators and Hogan are battling over whether to loosen the calendar restrictions.)

Second, be wary of the bureaucracy that nominally works for you. State education departments are as set in their ways and as attuned to traditional stakeholders and their interests as are schools and districts. The first response to any reform suggestion is sure to be some combination of “here’s why that would be really hard to do” and “let’s consult the stakeholders and get their reactions and ideas.” The state superintendent is somewhere in between, formally (in Maryland and many states) accountable to the board that hired him/her but also enmeshed in the state’s longstanding assumptions, obligations, bureaucratic procedures (and capacities), and intertwined educator-career paths.

As a board member, however, you are dependent on that very same bureaucracy—and superintendent—to supply you with information, prepare your briefing materials, develop the policy options, draft the regulations, meet with stakeholders, and much more. How, exactly, do you serve as an independent check on—much less a future-oriented change agent for—a sclerotic agency that supplies you with the very stuff you need to play that role?

Some board members have access to outside networks, advisors, and information sources, as well as whatever expertise and experience they carry with them. Beyond that, however, you either push for an independent staff chosen by and answerable exclusively to the board or hope to make an ally of your superintendent.

A few states have been blessed with hard-charging, reform-minded individuals in that role—think of John White in Louisiana today, Dave Driscoll in Massachusetts recently, even Maryland’s legendary Nancy Grasmick not so long ago—but they are not the norm. And as a board member, know that if your reform idea is not on the chief’s agenda, or he or she thinks it may undermine something that is, he or she has a thousand ways to subvert, slow-walk, or otherwise sideline it. So does the board’s attorney who is typically a career state employee and battle-weary veteran of many boards that came before yours and who expects to counsel many that will come after. That individual can (and is apt to) cite a hundred precedents, regulatory fine points, court rulings, and legislative histories that allegedly show why what you and your colleagues want to change simply cannot be done.

Remember the axiom about the two types of lawyers: One kind helps you find ways to get things done, and the other kind explains why your plans aren’t possible in any form resembling what you had in mind. I’m authoritatively advised that some states benefit from the former species but, in my experience, the latter variety is prevalent in the public sector—and your board may want to attempt a change in that department, too! A truly independent counsel would be at least as valuable as an entire policy staff. But that’s not how many states are organized—or staffed and funded—and you can bet your efforts to alter that reality will face resistance.