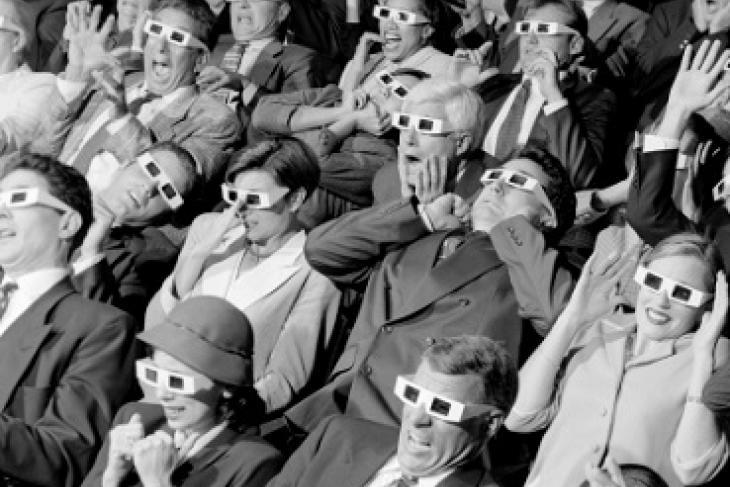 Reformers always face backlash, no matter the realm. People and institutions, structures and routines, budgets and staffing arrangements—all are tailored for the status quo. Indeed, they define the status quo, and myriad interests are then enmeshed in keeping things the way they’ve always been. Plenty of people are undone by change, even the prospect of it, and plenty more find it hard to imagine something different from what they’re accustomed to.

That’s been the story of education reform and its resisters as long as I’ve been around—dating back, at least, to the denial of Coleman’s findings in the sixties and seventies, the denunciation of A Nation at Risk in the eighties, and the recent insistence that adopting the Common Core standards would lead to all manner of undesirable consequences.

Resistance comes in many forms, from parents marching in the streets to unions going on strike; from individual teachers going about their long-established ways behind closed classroom doors to all manner of pundits and intellectuals scribbling, orating, and (now) taking to social media to propagate their reasons why what the reformers are trying to do is somewhere between idiotic and dastardly.

A relatively recent addition to the scribbling resisters is the New Yorker’s David Denby, now a staff writer at the high-status weekly but for many years one of its top movie reviewers. Would that he had stuck to tarnish on the silver screen.

Denby had delved into education—higher education, that is—before, with Great Books, his 1996 account of Columbia University’s efforts to teach the western canon amid both the culture wars then raging and the onslaught of mass media. Reflecting on his teenage son’s high school experience at the time, the middle-aged Denby noted that ''most high schools can't begin to compete against a torrent of imagery and sound that makes every moment but the present seem quaint, bloodless, or dead.''

Two decades later, he’s back at it with Lit Up, focused on a trio of high schools and the tribulations they face in acquainting their thoroughly distracted students with anything resembling literature, much less Shakespeare and Dostoevsky.

If he had stuck with his abiding affection for great literature and his analysis of the difficulties of teaching it to contemporary young people, I’d have nothing but positive feelings. But along the way, besides deploring kids’ addiction to video games, cell phones, television, and ear-bud music, he’s turned into an anti-reformer. This turned up first (to my knowledge) in his loving word portrait of (the new) Diane Ravitch, published in the New Yorker in 2012. Now he’s back in the same publication with a denunciation of what he sees as the teacher-bashing ways, false allegations, and misguided ideas of education reformers. Here’s a sample:

Our view of American public education in general has been warped by our knowledge of these failing kids in inner-city and rural schools. In particular, the system as a whole has been described by “reformers” as approaching breakdown. But this is nonsense. There are actually many good schools in the United States—in cities, in suburbs, in rural areas. Pathologizing the system as a whole, reformers insist on drastic reorganization, on drastic methods of teacher accountability. In the past dozen or so years, we’ve seen the efforts, often led by billionaires and hedge fund managers and supported by elected officials, to infuse K–12 education with models and methods derived from the business world—for instance, the drive to privatize education as much as possible with charter schools, which receive public money but are independently run and often financed by entrepreneurs. This drive is accompanied by a stream of venom aimed at unions, as if they were the problem in American education.

On reading this, a colleague speculated that perhaps Ravitch had written it for him as a kind of reward for his earlier tribute to her. The more important point is that he has now lent his talented pen to the anti-reform movement, which (of course) it took Ravitch just minutes to note: “David Denby,” she blogged on Valentine’s Day, “has joined our movement to restore common sense to education.”

And a movement of sorts it has become, including not just teacher unions, polemicists, and high-powered (if, in my view, sorely misguided) intellectuals, but also opting-out parents, unrelenting education progressivists, and a bunch of folks whose latest cause célèbre is that kids are under too much stress.

Reform, as I said, always begets opposition, and that’s not an altogether bad thing. Those bent on changing things must be able to explain why the case for reform is stronger than the case for the status quo (or for making other kinds of changes, such as letting those dear, exhausted high schoolers sleep later in the morning).

I’ll settle today for this simple response: If you agree with Denby, Ravitch, et al that most of today’s schools are doing fine and the system as a whole has been given a bum rap due to misleading generalizations, then you’re justified in resisting change. If, on the other hand, you are appalled by America’s PISA and TIMSS scores (and how many other countries are doing better on such metrics, both in the average case and at the high end), by the testimony of employers that many great jobs are going unfilled due to the weak skills and knowledge of the applicant pool, and by the rates at which today’s high school graduates (including many from those “good schools” lauded by Denby) are routed into remedial courses in college, then you belong with the reformers.

I’m not saying every reformer is right about everything or that every resister is invariably wrong. It’s important to be specific about what needs to change in which ways and why—and to analyze the arguments against such change. It was important, for example, that two of my colleagues demonstrated beyond reasonable doubt that America’s lackluster PISA scores cannot be explained away by citing poverty. At the same time, it’s important for reformers to acknowledge that they’re sometimes wrong, as in their (our) rush to attach consequences to teacher evaluation systems that were still under development.

Having granted all that: It’s still necessary, in American K–12 education circa 2016, to understand that there are agents of change and there are defenders of the status quo. It’s a pity to see David Denby join the latter camp. But then, a career spent watching fictions unspool in darkened theaters must do strange things to one’s head.