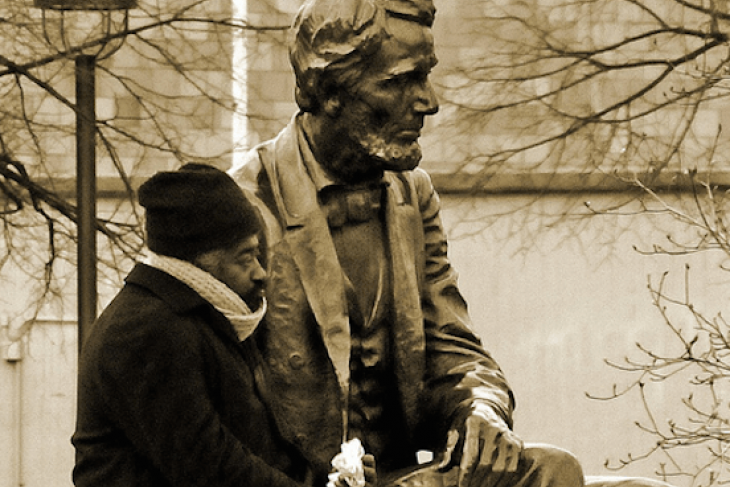 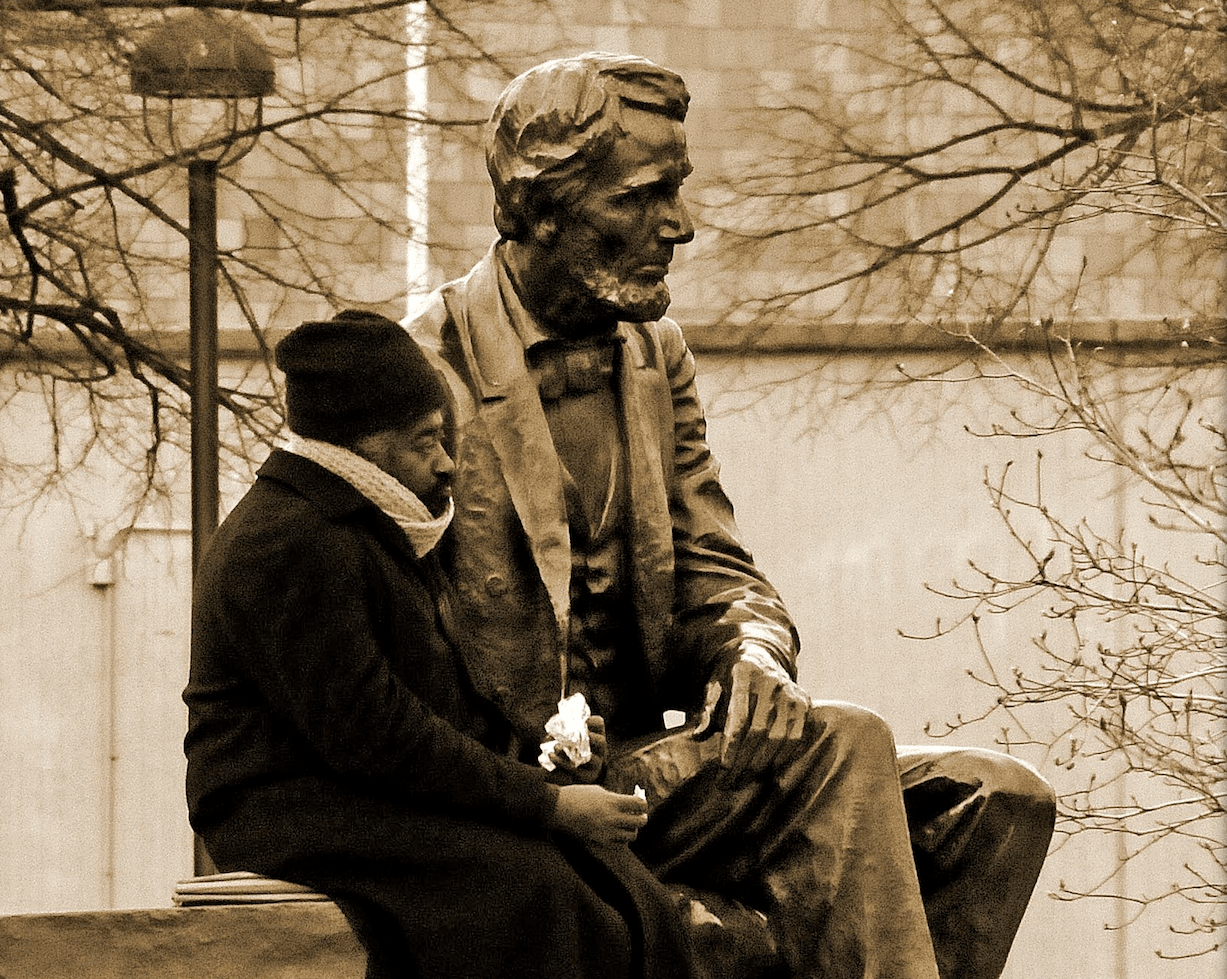 [Editor’s note: This is the fourth in a series of personal reflections on the current state of education reform and contemporary conservatism by Andy Smarick, a Bernard Lee Schwartz senior policy fellow with the Thomas B. Fordham Institute.  The previous posts in this series can be seen here, here, and here.]

Yes, there is a prima facie case for preservation: It’s sensible to safeguard things that have stood the test of time—libraries, respect for elders, voluntary community associations, the Western canon, charity. But enormous harm is done by protecting old, immoral institutions, like serfdom, honor killings, and the denial of women’s suffrage.

A corollary of the preserve-first approach, that change should occur gradually, promises wise, prudent adjustments. But it too can injure grievously. Ending the military targeting of civilians—once a common wartime practice—needed to happen immediately, not slowly. This understanding is reflected in Gladstone’s adage, “Justice delayed is justice denied;” Goldwater’s admonition, “Moderation in the pursuit of justice is no virtue;” and Dr. King’s Letter from Birmingham Jail rebuke of those advocating patience.

The dark sides of preservation and gradual change have been illuminated by the events of Ferguson and a recent Atlantic article on reparations. They illustrate with agonizing clarity why dramatic change is sometimes required; provide insight into the tragic legacy of old, destructive institutions; and—ironically—offer an inkling of the value of old, positive ones.

Like a tree, the longer a social practice is around, the deeper and more dispersed its roots. In nature, this underground web can prevent erosion and avert flooding. But it can also buckle a road and crack a foundation.

After the killing of Michael Brown, Ferguson was been beset by protests, looting, and an aggressive police response. Only about one in three White Americans thought the shooting raised important racial issues. To them, the national reaction must’ve seemed as mystifying as an inexplicably cracked sidewalk. In both instances, the damage results from what lies beneath.

To most, the Ferguson uprising is a story of race and power. Dr. King said, “A riot is the language of the unheard.” A resident, speaking to the town’s festering animosity, said the shooting “broke the camel’s back.” This recalls the 1992 Los Angeles riots, the proximate cause (the acquittal of officers who beat Rodney King) merely a symptom of the underlying racial unrest.

Slavery was America’s carcinoma in situ, and the racism at its heart has never reached complete remission. The effects of its centuries-long metastasis can be seen in the City of Angels, in the Show-Me State, and, as painfully recounted in Ta-Nehisi Coates’ “The Case for Reparations,” too many other places to count.

Coates argues that America should pay for slavery and the malignant racial injustice that grew from it. Congress should at minimum take up legislation to consider reparations, which would force a cathartic “airing of family secrets, a settling with old ghosts.”

The piece received a great deal of attention (serious, glowing, and critical). But probably its greatest contribution is its cataloguing of the calamitous ripple effects of preserving a nefarious institution.

As institutionalized racism endured, the deeper it grew into our culture, rupturing pipes and poisoning the landscape: a Mississippi governor advocating lynching the night before elections; race-based restrictive covenants; post-slavery forced labor. The consequences—seen in high incarceration rates and low rates of educational attainment and wealth creation —are galling. As Coates writes, though legal forms of racial discrimination have been rooted out, “It is as though we have run up a credit-card bill and, having pledged to charge no more, remain befuddled that the balance does not disappear.”

This speaks to the preservationist’s susceptibility to a dangerous kind of historical myopia—blurred vision regarding ancient transgressions. That is, an exaggerated impulse to preserve may turn our hindsight rose-colored and obscure the offenses of the past. This condition is perfectly captured by two films about America’s original sin.

Consider the grotesquely callous foreword of Gone with the Wind,

There was a land of Cavaliers and Cotton Fields called the Old South. Here in this pretty world, Gallantry took its last bow...Look for it only in books, for it is no more than a dream remembered, a Civilization gone with the wind.

In Lincoln, seemingly oblivious to the depravity at the Confederacy’s core, a Southern negotiator laments surrender, “All our traditions will be obliterated. We won't know ourselves anymore.” Eulogizing a passing era of bondage—for shame.

Said simply: Old can be awful; the longer something awful is allowed to grow old, the more devastating the consequences.

This is the shadow hanging over those who seek to preserve. This ignites the radical education reformer in me. This helps me feel a kinship with my fierce policy opponents who, nevertheless, also seek to right old wrongs, like longstanding housing segregation or intergenerational underemployment.

It would be a grave mistake, however, to equate conservatism and injustice, as I fear many do. Fidelity to venerable principles—equality, generosity, opportunity, and respect for human dignity—is the foundation of fairness. Indeed, many organizations widely deemed conservative give and serve liberally. Numerous prominent contemporary conservatives promote social justice; see Arthur Brooks’ focus on persistent poverty, Michael Gerson’s plea to “forthrightly address” racial divisiveness, and Paul Ryan’s advancing “the language of compassion.”

These examples show the great value of preservation’s “true positives,” things thought ought to be preserved and are. They stand in stark contrast to the “false positives” described in this piece, things that should not have been preserved, but were, and to devastating effect.

But what about “false negatives,” those things that have not been preserved, but should’ve been?

This is the shadow hanging over the heads of change-minded progressives, including education reformers.

Such issues ignite my conservatism. They are the heart of the next installment of this series.