The false tradeoffs of test scores, creativity, and happiness 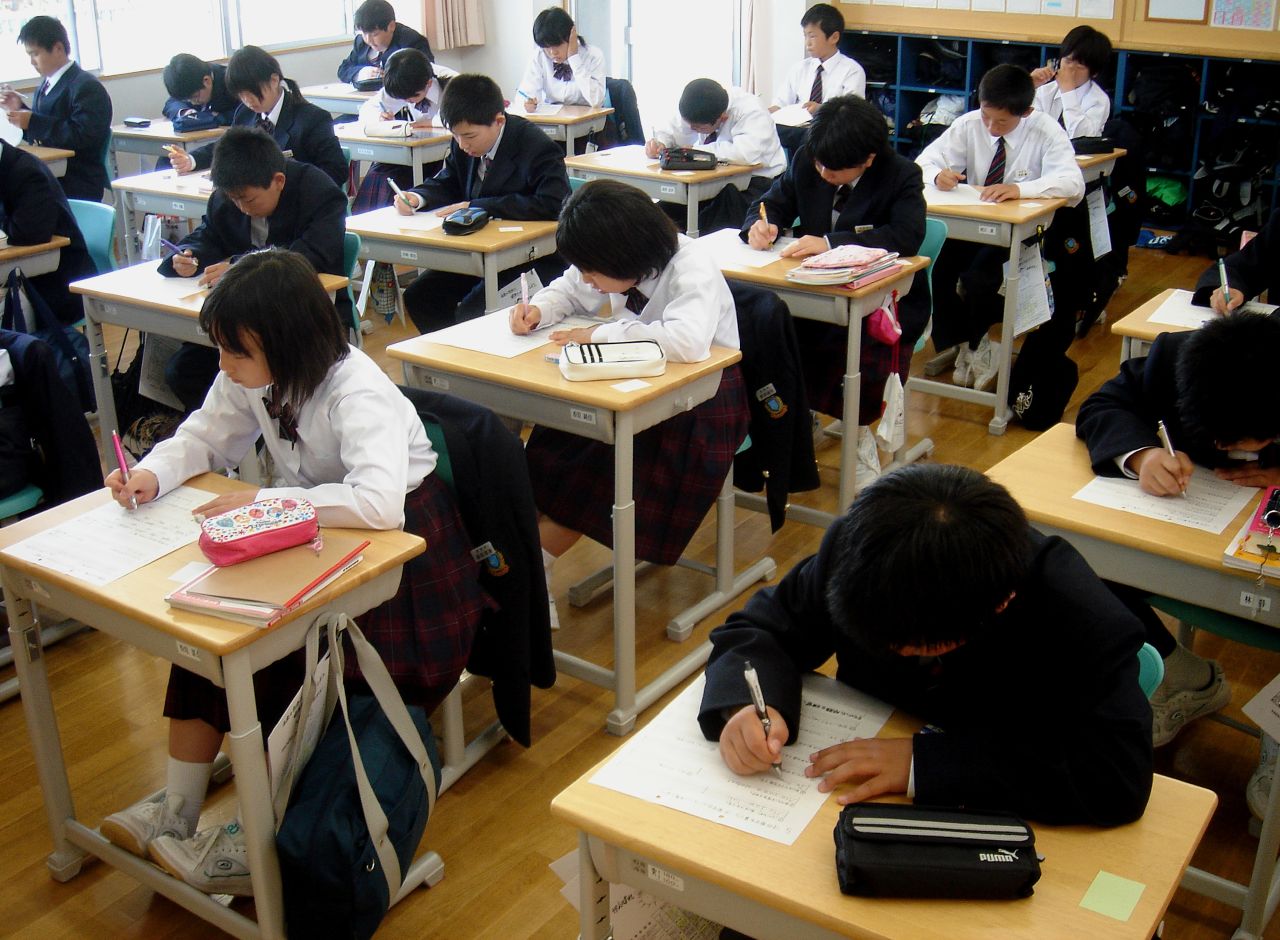 Rationalizing America’s lackluster academic performance is something of a cottage industry. One of the most popular ways people explain away our low test scores is to claim that they don’t matter much anyway. “Let others have the higher test scores. I prefer to bet on the creative, can-do spirit of the American people,” says Diane Ravitch. Or there’s Alfie Kohn’s take: self-disciplined students are “likely conflicted, unhappy, and perhaps less likely to succeed (at least by meaningful criteria) at whatever they’re doing.”

But what if these rationalizations are questionable? Or worse, what if they’re simply bunk? What if super hardworking students in, say, South Korea and Japan are scoring worlds better than us on international tests and are more innovative and happy?

In a sobering twist, that might be the case.

Bloomberg News recently published its 2014 list of the most innovative countries in the world. Seven weighted factors go into the metric.* Here are the top five nations, along with their scores:

The chart-topper is a real doozy. South Korea—often ridiculed for working its students too hard and robbing them of creative, independent thought—might be the most innovative country in the world. Japan, subject to similar derision, slides in comfortably at number four. And Germany—supposedly rigid Germany, one of only three countries whose PISA math and equity scores have improved since 2003—is number five. No trade-offs between academic performance and innovation are obvious here.

What about happiness? Surely American students, who have never heard of cram schools let alone set foot in one, must be happier and mentally healthier. Well, the evidence there is shaky, too.

Unhappiness and psychological distress can manifest in multiple ways: drug and alcohol abuse, mental illness, suicide, low self-esteem, and on. International comparisons of these indicators of “happiness” are scarce. But our diverse, immigrant-heavy populace gives us a chance to test how happiness might vary across borders. Asian Americans, in particular, are disproportionately successful in American schools and have a reputation for being very hard workers. If extreme studiousness causes unbearable stress and unhappiness, one could reasonably predict that these problems would show up in this population.

To be certain, we don’t know for sure whether other countries are producing more innovative and/or happier students; metrics for those qualities are inevitably fuzzy. But strong evidence definitely doesn’t support the assertion that our young people are doing better in these areas. Rather than trading high academic achievement for creativity or happiness, we’re likely falling behind and confusing “carefree” lives for better lives.

I certainly don’t have the answers. I’m just concerned. And, as a country, we should take these considerations more seriously.

Seven weighted factors were considered and their scores combined to provide an overall score for each country from zero to 100: 1. R&D intensity (20% of score): Research and development expenditure as a percentage of GDP. 2. Productivity (20%): GDP per employed person age 15 and over. 3. High-tech density (20%): Number of high-tech public companies -- such as aerospace and defense, biotechnology, hardware, software, semiconductors, Internet software and services, and renewable energy companies -- as a percentage of all publicly listed companies. 4. Researcher concentration (20%): Professionals, including Ph.D. students, engaged in R&D per 1 million people. 5. Manufacturing capability (10%): Manufacturing value-added as a percentage of GDP and as a share of world total manufacturing value-added. 6. Tertiary efficiency (5%): Number of secondary graduates enrolled in postsecondary institutions as a percentage of cohort; percentage of labor force with tertiary degrees; annual science and engineering graduates as a percentage of the labor force and as a percentage of total tertiary graduates. 7. Patent Activity (5%): Resident patent filings per 1 million residents and per $1 million of R&D spent; patents granted as a percentage of the world total. Of the 215 countries and sovereigns evaluated, 110 had data on at least five of the seven factors. Those countries were included in the final ranking. The top 50 countries are shown in the world ranking. Factor ranks were drawn from the entire universe of 110 countries. N/A indicates no data were available. Most recent data available were used.