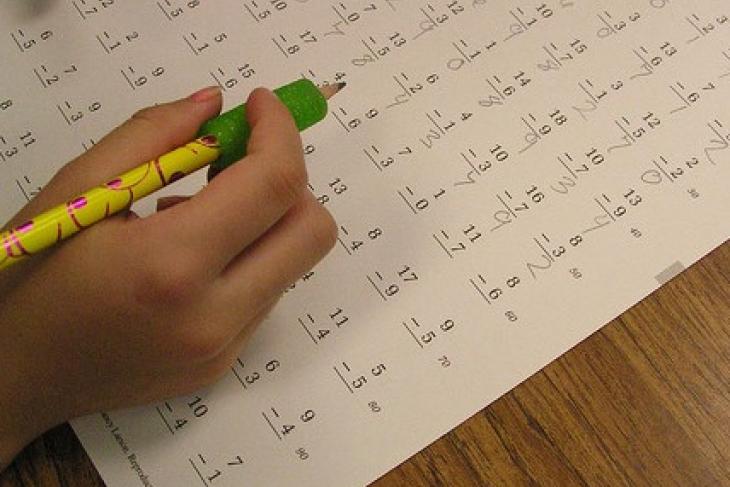 Countries with high school exit exams appear to have higher levels of student achievement, as indicated by PISA and some positive evidence from other countries that have used graduation exams. But have they worked in the United States? A recent Education Next forum failed to ask this essential question.

When fourteen public school teachers came together as part of Educators 4 Excellence-New York Teacher Policy Team on how to improve the use of testing in schools, they were taken aback by the depth of research showing the harmful effects of exit exams, which twenty-six states have adopted in one form or another.

There are two relevant research questions: Do exit exams have beneficial effects on students in terms of achievement or labor-market outcomes? And do exit exams have negative consequences, particularly on historically disadvantaged populations of students? The answers are no and yes, respectively. Here’s a representative, though not comprehensive, review:

Studies that find no benefit

Studies that find harm and no benefit

To be clear, there is some nuance here. As mentioned previously, there is some positive international evidence, and a few American studies that find no harm, yet I’m not aware of any rigorous studies in the United States that found positive effects of exit exams. As a Center for Education report put it, “[I]f exit exams were intended to raise student achievement, have they actually done so? Very little (if any) evidence exists to suggest they have.”

The evidence was also summed up well in a 2010 review of the research that looked at forty-six studies and found that exit exams “produced few of the expected benefits and have been associated with costs for the most disadvantaged students.”

The good news is that policymakers seem to be paying heed to the accumulated evidence. Recently, for example, Anne Hyslop, then of the New America Foundation, wrote “The Case Against Exit Exams,” a powerful critique of the current policy in many states.

In my home state of New York, students must pass a battery of five exams (with extremely limited alternatives) in order to attain a high school diploma. Discussions are underway to modestly ease such requirements by allowing students some limited choice over which exams they must pass.

But this does not go nearly far enough. Research and experience indicate that the policy of high school graduation exams should be examined and fundamentally restructured to ensure that no one test stands between a student and a high school diploma. Here’s hoping New York and other states follow the research and adjust course.

Jonathan Schleifer is the executive director of Educators 4 Excellence-New York, which works to involve teachers in the creation of education policy. He is a former middle school teacher in the Bronx.