Education research: What is it good for? (Absolutely nothing? Say it again.) 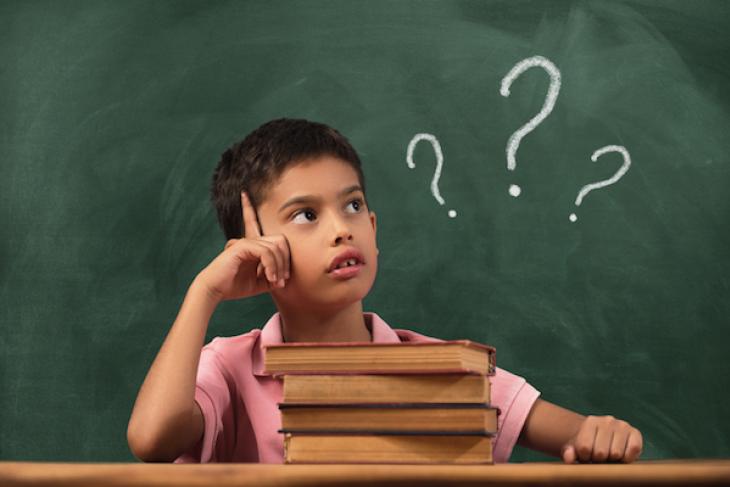 Just as Jackie Chan reintroduced many of us to Edwin Starr’s classic anthem, Emily Hanford did something remarkably similar last month with education research. Her hard-hitting report on our national resignation to childhood illiteracy was one of the best pieces of education journalism in recent memory. If you were one of the few who missed it, the upshot of Hanford’s stellar radio documentary was that many teachers today are still in the dark when it comes to the sizable research base on effective reading pedagogy.

It’s unsettling to think that educators in 2018 wouldn’t know about (or worse, actively resist) the remunerative power of explicit and systematic phonics instruction, but the research described in Hanford’s piece was neither novel nor surprising. In fact, her sources have been readily available since the disco era. I used this same information to launch one of the nation’s first no-excuses charter elementary schools nearly fifteen years ago. What made Hanford’s piece stand out was the explanatory tack she took in spotlighting the bizarre fallout of the now defunct reading wars that persist to this day.

Back in the early aughts, the no-excuses model was primarily a middle school one. The standout sites like Amistad, North Star, and KIPP were approaching ten years in operation, and had taken the sector by storm in defying conventional wisdom about what low-income black and brown middle schoolers were capable of. Yet the leaders of this nascent movement also realized it might behoove them to pre-empt the yawning achievement gaps with which their fifth graders arrived. The question was how and whether their model would translate to the elementary grades. The school I started, Elm City College Prep, was determined to find out.

A high-quality, research-based curriculum provided the foundation for our effort, as the goal was to not only prevent students from falling behind, but to help them get ahead. This was especially important for reading, which along with character development would be the school’s top priority. Because of Project Follow Through, the National Reading Panel, and Reading First, we chose Reading Mastery/Direct Instruction (DI). It was an obvious selection given the program’s track record of success.

For those who may be unfamiliar with DI, Robert Pondiscio wrote an instructive piece on the program earlier this year. DI also has some claim to fame in our nation’s history and popular culture. President George W. Bush was reading from a DI story in a Florida classroom on the morning of September 11, 2001. I don’t have the data for that school, but I imagine it might have been comparable to the district surrounding mine, where only a quarter of Kindergartners were reading on level.

Thanks in no small part to faithful DI implementation, my school produced some stunning results. Though our students started off on par with their district counterparts, by year’s end nearly all of them were on grade level. More than half were at least a year above grade level. One of those students was Ebony, a bright-eyed first grader who, like most of her classmates, had attended a low-performing school prior to coming over to mine. I took this picture of Ebony (top half) when she was in third grade, and she’s now an eloquent college student at Franklin and Marshall. Ebony’s story is just one of many shining examples of what’s possible when kids are provided a solid foundation in reading.

To be sure, decoding is only one piece of the larger puzzle. Many of my first graders could read at the fifth grade level with beautifully emotive fluency, but could not follow what was happening due to gaps in both vocabulary and background knowledge. But given the district-wide difficulties in reading, it was a good problem to have. Among other strategies, we leveraged the Core Knowledge curriculum to help address some of these deficiencies, but cracking the social-capital code remains challenging for many low-income students of color.

Unfortunately, as Hanford pointed out in her piece, part of the problem is that there’s a tacit acceptance of low-income students not reading well because of—among other excuses—poverty. In addition, counter to popular belief, learning to read is not natural. It requires explicit teaching of phonemic awareness, phonics, and decoding. Instead, students are too often provided ineffectual strategies (the equating of “pony” and “horse” from Hanford’s story was particularly outrageous) because ideology and other smokescreens are placed ahead of the science—especially in schools of education. Until we prove what’s possible on a larger scale, stories like Ebony’s and those from Bethlehem, PA, the site of Hanford’s report, will continue to be the exception rather than the norm.

Hanford’s documentary was a needed wake-up call, but obliviousness or outright scorn of education research isn’t limited to reading instruction. As much as we lament the research-to-policy divide, the distance between research and practice is that much more formidable. Through no fault of their own, too many teachers continue to hold incorrect beliefs about reading acquisition. It follows then that student performance in reading has been stuck in neutral for the last thirty years, and that all of the data and evidence in the world are little match against our values and belief systems.