Ed reformers should rally around the Romney family aid plan 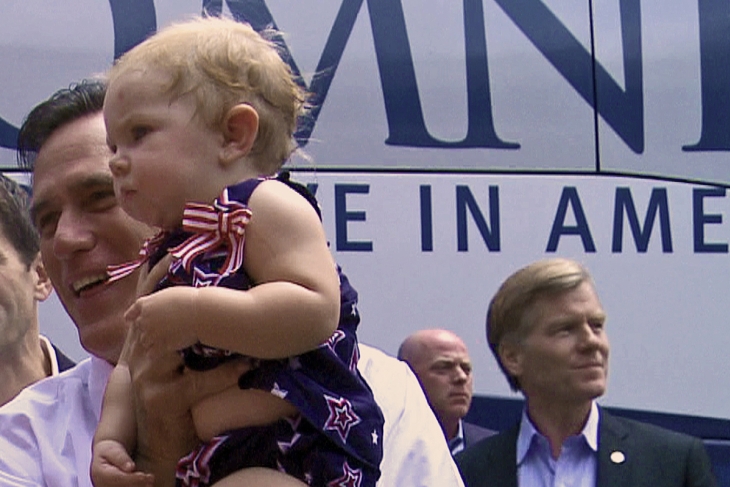 It’s not news that we’re living through highly polarized times, though last month’s rulings from the Supreme Court certainly put some exclamation points on the fact. All the more reason to look for common ground where it can be found.

In that spirit, then, let us celebrate a major development in America’s support for families with children, one that has gone largely unnoticed in the world of education but should be seen as a potentially huge deal. Namely, the recent release of the “Family Security Act 2.0” by Senator Mitt Romney, along with fellow Republicans Richard Burr and Steve Daines—and the very kind reaction it’s receiving from large parts of the GOP coalition.

This bill is the clearest path back to something resembling the expanded child tax credit that was a cornerstone of President Joe Biden’s American Rescue Plan, and which pulled millions of children out of poverty for the year it was in existence. Romney’s plan could and should serve as the starting point for bipartisan negotiations for a new federal investment in families that might stand the test of time.

This edition of the Family Security Act would provide all but the wealthiest families with $350 per month per child under age six and $250 per month per school-age child, plus up to $2,800 per child during pregnancy. That adds up to real money; a family with two small children would be looking at an $8,400 annual supplement to their income.

Most conservatives like this plan more than Romney’s original one—or Biden’s expanded child tax credit—for a number of reasons. Most critically, families must earn at least $10,000 per year to qualify for its full benefits. That would somewhat lessen its impact on child poverty, because thousands of children live in homes where no parent earns any income at all. But to get enough Republicans on board to break a filibuster—not to mention Democrat Joe Manchin!—any family plan cannot resemble the cash welfare system that policymakers dismantled in the 1990s. That means a work requirement is a must.

The new Romney plan also eliminates the marriage penalties baked into existing tax credit programs—a big deal for social conservatives, who also like that aid begins before children are even born.

While progressives are balking at some of these details, they should cheer the bigger picture: the potential for historic, permanent support for families.

Why is this something that education reformers of all stripes should rally around? Simply put, a major investment in families has the potential to help millions of kids—especially poor and working-class children—come to school ready to learn. That, in turn, should result in higher achievement, and lower achievement gaps, for years to come.

Indeed, studies show the achievement gap is already very large when students enter elementary school because of vast differences in kids’ experiences between conception and kindergarten. Partly, that’s about money: Affluent parents (who are much more likely to be White and Asian) can afford the best prenatal and pediatric health care, excellent child care (including the ability for one parent to stay at home for the first years of a child’s life), and other services and amenities that can make a challenging time of life happier and less stressful.

Poor parents, on the other hand (who are much more likely to be Black and Hispanic, and to be raising their children alone), must struggle harder to meet their kids’ basic needs, and for many, the deck is stacked against them. Health care access has improved but is still tenuous; paid maternity leave is almost unheard of for low-wage workers; affordable child care is next to impossible; stress is ever-present. Extra help, in the form of monthly payments, can go a long way toward helping parents meet their kids’ needs and create a more stable environment.

No, money isn’t everything. Too many children in this country suffer because of neglect or abuse or because their parents struggle with addiction or other mental health challenges. To the extent that these issues are present more often in poor and working-class communities, extra money for families is not a panacea.

But as pediatric surgeon Dana Suskind argues in her new book, Parent Nation, a growing body of research indicates that, just as poverty can inhibit healthy brain development in infants and toddlers, financial assistance can help to overcome the challenges. Studies, for example, use cutting-edge technology to measure brain waves and the structure of the cerebral cortex can detect differences between one-year-olds based on their parents’ socioeconomic status. Other research has found that material deprivation can impact children’s language development, executive function, and memory. And as Chalkbeat’s Matt Barnum has argued convincingly, a raft of research shows positive impacts on educational outcomes from anti-poverty efforts, especially cash transfers to poor families.

The benefits of investing in children, especially in the early years, is hardly news, especially for committed progressives. It’s why the left has supported paid parental leave, generous child care subsidies, and universal pre-K—all elements in Biden’s ill-fated Build Back Better plan. The resistance has typically come from the right and center.

But education reformers from across the political spectrum should cheer Romney’s particular approach, given that its family allotment is in effect an uber-voucher. In the early years, before kids are in school, it can be used to make unpaid parental leave more feasible, quality child care more affordable, and preschool more doable. But rather than create complicated new federal, state, or local programs, it merely asks the government to write checks and trusts parents to figure out the rest. To school choice supporters, this ought to sound familiar.

For older children, on whose behalf the public already makes a huge investment in the form of K–12 education, the additional dollars can be used for a variety of extras that are adjacent to schooling—sports, arts, or music; tutoring and other academic supports; summer camp; even just books or internet access. It’s akin to the enrichment savings accounts some of us have envisioned, or the innovations in the out-of-school space that exploded during the pandemic.

That doesn’t mean neglecting the critical role that schools must play in boosting student achievement and other important outcomes. Especially in the wake of a horrific pandemic, the K–12 system must get its act together to address the massive learning loss apparent in communities nationwide and narrow achievement gaps that existed long before Covid-19.

But fixing our schools is a generational struggle, while asking Uncle Sam to provide critical help to families is straightforward and eminently attainable, even with today’s crazy politics. All who care about kids and education should set down their swords for a moment and join together to get the Romney Family Plan, or something like it, into law. Our children, and their children, will thank us.