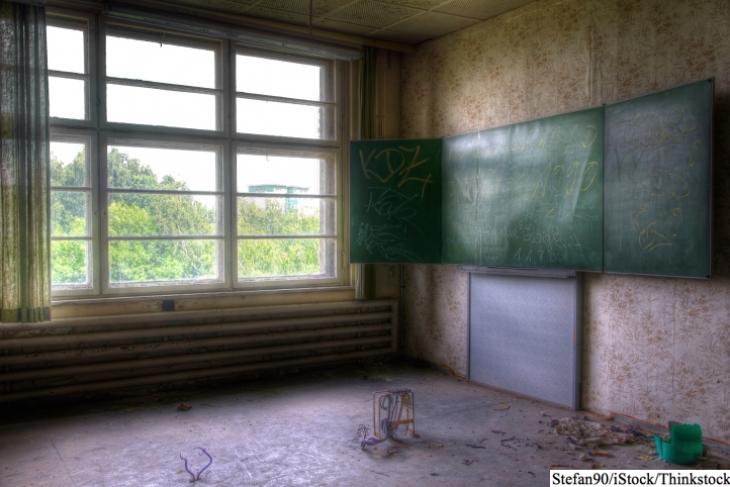 There’s something about the sight of an abandoned school that tears at your heart. Far more than the caved-in factories, theaters, and hospitals that populate countless online photo galleries, those stacked-up chairs and warped chalkboards represent the decay of a childhood space that all of us recognize. Earlier this week, the Atlantic’s Jacoba Urist wrote about the efforts of artists to commemorate these ruins in faltering metropolises like Chicago, Philadelphia, and Detroit, where recent waves of school closures have displaced thousands of students and stuck in the craws of local voters. The resultant creations, from photo collections to unique off-site installations, are being used to shame and galvanize local policy makers into action. “My work is political,” said one artist, who is working with Philadelphia kids to partially recreate a shuttered elementary school. “But at the same time, I’m interested in the real grief and pain these students feel.”

Work like this has genuine value. It gives a voice to those most affected by the often-harrowing process of closure, and it can also direct attention to the unforgiveable malfunction of major school districts. (Simply as a political act, it’s also a hell of a lot more appealing than another hunger strike.) But it’s nowhere near enough. The students of these failed schools are owed much more than a coffee-table book of tastefully lit rubble. They deserve new, better places to learn. And we can deliver them by making some of these closed facilities available to charter schools.

Perhaps it strikes you as extreme to suggest that charters should beg for the padlocked and chained buildings forsaken by their local districts. If so, you may not be aware of the rather extreme shortage of resources and facilities they face in comparison with traditional public schools. While the charter sector has grown exponentially over the first quarter-century of its existence—it now educates almost three million kids, or roughly 6 percent of public K–12 students nationwide—it still lacks equitable access to education funding at multiple levels. Local tax revenues are earmarked explicitly for district schools, and federal funds are also moderately weighted away from charters. According to one study, the average charter school student is awarded some $3,800 less annually than the average student at a traditional public school.

The effect of this disparity at the building level ain’t pretty. Reformers tend to focus on the beneficial distinctions of charters compared to their traditional cohorts—improved discipline, consistent school culture, and pedagogical flexibility, among others. But the conditions of their facilities often loom as huge roadblocks to their success. Take Michigan, one of the states profiled in a 2013 report by the Charter School Facilities Initiative (a project partially organized by the National Alliance for Public Charter Schools). There, some 60 percent of charter schools lack access to an athletic field. More than half operate without a full preparatory kitchen. Thirty percent lack art and music rooms. Meanwhile, the state has witnessed a rash of school closures over the last decade, driven mostly by districts in sclerotic post-industrial cities. Long-suffering Flint, for example, is currently sitting on two-dozen closed buildings; left unsecured, many have degenerated into shelters for vagrants and criminals. Detroit Public Schools, landlord to nearly a hundred unused facilities and thirty-six land parcels, is making only the faintest efforts to unburden itself of the surplus.

Packed into buildings that are often too small to meet regional standards for gross square feet per student—and trying to make do without libraries, computer labs, or gyms—many charters are forced to redirect their per-pupil operating revenue to augment their facilities. Rather than hiring more qualified teachers or improving their instructional materials, these already-strapped schools are plowing precious funds into propping up their inadequate homes. The situation would be preposterous enough if cities were simply declining to lease or sell their space to these charters, but it’s actually worse than that: In Chicago, the district is actually spending $3 million each year on maintenance and security for thirty-eight empty school buildings! Public funds are being used by charter schools to augment their own overcrowded buildings even while the local school district taps the same money to maintain its fleet of empty ones.

To be sure, there are many closed schools that are indeed made available to expanding charters. According to a 2013 study by the Pew Charitable Trusts, more than 40 percent of the sold, leased, or reused district school properties went to charter schools. But these transformations occur too slowly and too sparingly. Two years after Chicago’s 2013 spate of closures, the city is still torturously mulling a charter school’s proposal to open an additional site at one of the vacant locations. Most galling of all was the surreal transformation of a seventy-five-year-old Philadelphia technical school into a hipster gastropub. Witness the insanity: The district closed schools that had been victimizing the urban poor for decades, capped the freedom of better-performing charters to fill the vacuum (though that restriction was subsequently overturned in court), and sold off the land windfall to plutocrat developers. This in a city where parents pile into charter admission lotteries for the mere shot at a placement for their kids.

Not every closed district school needs to be reused, and those that are need not always be reopened as charters. But a majority of them could surely be reimagined as something with more civic value than a place for a waistedcoated nincompoop to sip on his $18 Dark ‘N’ Stormy. In the words of photographer Matthew Christopher, whose portraits of decrepit classrooms are some of the most haunting I’ve seen: “The thing about a school that’s different is that it’s a symbol of commitment.” When the public severs its commitment to one academic community, it should renew that commitment with the other, better schools that take its place. 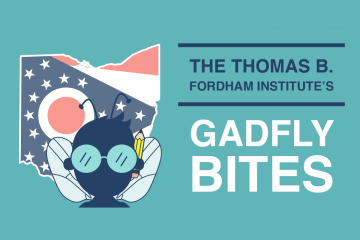