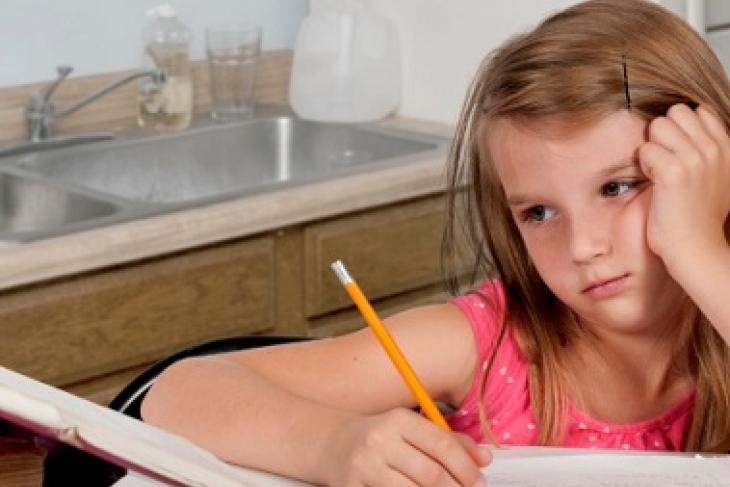 If you’ve been keeping up with the Common Core scandal pages, you may be wondering who Dianne Barrow is.

Until this month, the answer would have been, “An anonymous functionary scuttling about the publishing behemoth known as Houghton Mifflin Harcourt.” That was before Barrow, who now finds herself a cog without a machine, was featured in an eight-minute video produced by Project Veritas and its merry prankster front man James O’Keefe. In it, she explains how entities like HMH and Pearson view Common Core as a chance to sell second-rate books to schools suddenly required to teach from standards-aligned materials. (She also mouths off about home-schoolers, but that’s basically included as bonus content.) “You don’t think that educational publishing companies are in it for the kids, do you? No, they’re in it for the money,” she says.

Take a coffee break and check out the video. Not because it contains any footage of journalistic merit, or because its makers are especially credible. In fact, the opposite is true. O’Keefe is one of those charming types whose mugshot pops up if you google him, a memento of his arrest and guilty plea following a bungled attempt to break into a U.S. senator’s office and tamper with phones. He owes his reputation to a 2009 sting operation in which he donned a bizarre pimp costume to discredit the community organizing group ACORN—a lark for which he later paid $100,000 in damages to one of the employees he secretly recorded. Since then, his operation has excelled at releasing heavily edited exposés that haltingly revive his notoriety and stir up some two-minute hate for organizations like NPR—often at the cost of some unfortunate staffer’s scalp. That’s the game.

We can’t credit O’Keefe’s claim that “Common Core isn’t really about education; it’s really about selling books,” since he offers no evidence of that statement other than the big talk of a small fry. But the story still holds interest as a perspective on huge textbook cartels and the disillusionment they’ve sown, even among their own employees.

The major publishing companies often market textbooks that could charitably be referred to as “substandard,” were it not so much fun to just deride them as crap. It’s also an indelicate truth that they really like to receive money in exchange for their products, and you don’t need to darkly hint at collusion between Pearson, Congress, and Common Core backers to show that. (Note that school systems, many of which have been blindly snapping up these products with the full knowledge that better alternatives existed, have also earned their share of the blame.)

But Common Core muddled what had been a simple story of profit-seeking oligopolies peddling lackluster goods. Its adoption in nearly every state offered a one-time window to cash in on the mandate. Dubiously “Common Core-aligned” materials started materializing in 2010—right as the standards were first being implemented, with nowhere near enough time for the publishers to have adequately fitted them to new classroom curricula. And pretty soon, we heard reports of texts that just recycled the old, rigor-free dross in new packaging, paid for by hundreds of millions of dollars in public contracts. Some ugly scams followed, which were occasionally settled in the courts.

But that’s not where the story ends. Just as the need for new textbooks proved an irresistible incentive to the likes of McGraw-Hill and Pearson, it also offered an opportunity for a group of smaller curriculum writers to assert their mettle in the post-standards landscape. Outfits like Core Knowledge, Great Minds, and Expeditionary Learning have developed legitimately standards-based materials for states at a steep discount. Even better, many of those units have been open-sourced, gaining millions of free downloads in far-flung districts. Schools that want to experiment with a top-rated curriculum can do so at no cost.

As additional proof of a disrupted market, third-party services like EdReports have surfaced to help educators and parents distinguish between good books and bad. Visionary leaders like Louisiana State Superintendent John White jumped into the fray as well. Given these new resources, along with the relative cost effectiveness of assessing and improving textbooks (certainly cheap compared to doing the same with teachers), we may have reached an era of curriculum as a low-hanging fruit in the reform garden. That’s an outcome to be celebrated, not grieved.

O’Keefe obviously had no interest in telling that side of the story. Trouble is, he didn’t come up with any shocking admissions, either. Even when prompted, Barrow flatly rejected the notion of some intrigue between Common Core’s backers and her employer. “No, [textbook companies] didn’t lobby for [the standards] to be put in place,” she said. “But now they go after the money.” As if hucksters haven’t been trying to spin garbage into gold since the dawn of time.

Textbook companies have been selling lousy materials for decades, and they’ll continue publishing them as long as they think that doing so will generate profits. That’s not a problem Common Core created. But thanks to the emergence of new curriculum providers and rating tools that have followed in Common Core’s wake, it’s now easier than ever to search textbooks, compare them against one another, and select the one that teaches the standards best. That’s a story that deserves to be told—with or without the cameras rolling.