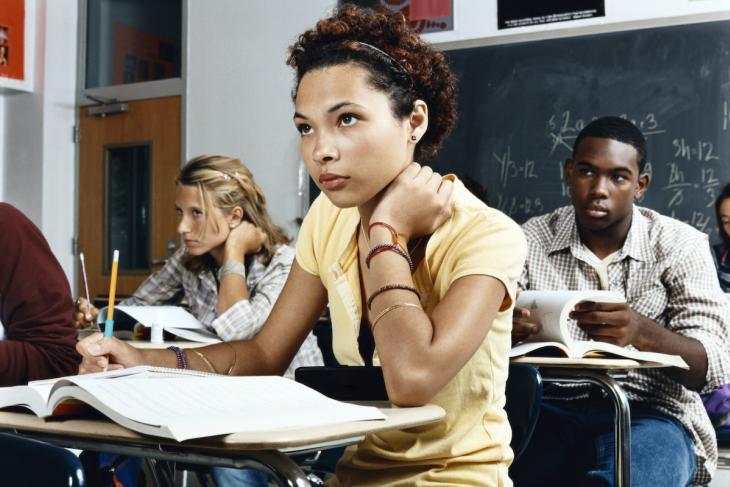 Fervor for improving students’ post-secondary readiness has reached near deafening levels in the education community and beyond, as policymakers, advocates, and researchers grapple with the stark reality that less than half of high school seniors are graduating academically prepared to attend and persist through college. In an employment environment that increasingly favors those with a post-secondary degree, turning this around is vital.

One approach has been to reduce students’ need for developmental education after they graduate—more commonly known as remedial coursework—by intervening while students are still in high school. Traditional remedial education administered by colleges typically requires academically underprepared students to take up to three remedial courses before they can begin to earn college credit, an approach that has been criticized for being costly, ineffective, and a barrier to timely graduation (or graduation at all). Several states have thus implemented high school remediation programs meant to target underprepared students early on, including West Virginia’s Transition Mathematics for Seniors, Florida’s FCCRI, Tennessee’s SAILS, and Kentucky’s Targeted Intervention program. (We at Fordham once termed such initiatives “pre-medial education.”) While the evidence base on the effectiveness of these programs is relatively thin, a recent working paper released by the CALDER Center provides a compelling analysis of the effects of the Kentucky Targeted Intervention (TI) program on students’ college outcomes.

In effect since 2010, Kentucky’s Targeted Intervention program measures students’ college and career readiness in math, English, and reading based on students’ scores on standardized tests administered in grades eight, ten, and eleven. The ACT, which all students are required to take, serves as the eleventh-grade standardized test. Benchmarks for math and English proficiency have been set at 19 and 18, respectively, and any student scoring below either is automatically eligible, although not required, to receive TI services their senior year of high school. TI is delivered as a “transition” course, which may be standalone or integrated into existing coursework, or as an extended school service (ESS).

Kentucky’s TI program is distinct from a typical high school remediation program in four important ways. First, program participation does not automatically exempt students from remedial course placement upon college matriculation. Second, Kentucky only requires students to complete three years of math coursework to graduate; thus, participation in a transition course does not necessarily displace students from participating in advanced electives. And because the program is available as an extended school service rather than just a class, students who opt into ESS receive about one hundred extra minutes of instruction per week. Third, high schools and colleges do not define proficiency in the same ways. For example, high schools define a score of 19 on the ACT as “college ready,” although colleges define students with scores of 21 and above as eligible for enrollment in a credit-bearing course. And fourth, unlike many high school remedial programs, there is no evidence that TI instruction includes test preparation.

Overwhelmingly, program participation significantly reduced students’ likelihood of enrolling in remedial coursework during the first year of college, at both two- and four-year institutions. Those students who received math-focused remediation were 5–10 percentage points less likely to enroll in remedial math coursework at two-year colleges, and 7 percentage points less likely at four-year colleges. The effects were much weaker for those students who received English remediation. TI participation similarly had small but statistically significant effects on enrollment in credit-bearing math coursework in the first year—but only for four-year institutions—by around 4 percentage points (no effects on English). And those who enrolled in credit-bearing math coursework were similarly more likely to pass the class.

On all other outcomes studied, TI appears to have little or no positive effect. There was no impact on high school graduation or enrollment in either two- or four-year post-secondary institutions, and similarly no significant effects on credit-bearing enrollment in later years, persistence in college, or credit accumulation.

While policymakers can point to the effectiveness of a program like TI in reducing remedial course-taking in college, the results garnered by this analysis raise the question: What is the goal of high school remediation? This analysis clearly illustrates the menial effects of Kentucky’s program on student learning, as evidenced by the lackluster effects on passing rates in subsequent credit-bearing courses for both math and English. If the goal is to simply reduce the instance of students enrolling in remedial courses—not an unworthy goal—then such interventions seem to be worth pursuing. But if the goal is to increase students’ real understanding and mastery of the course material, policymakers may need to question the purpose of high-school remediation efforts altogether.