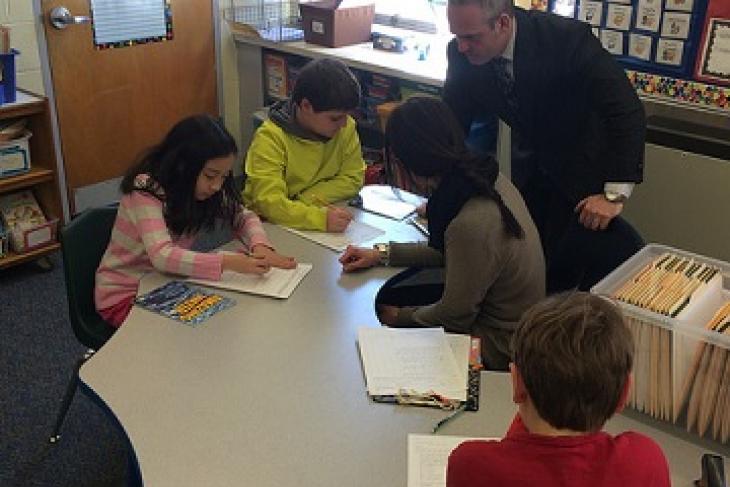 Imagine you are a first-year social studies teacher in a low-performing urban high school. You are hired on Thursday and expected to teach three different courses starting Monday. For the first two weeks, you barely eat or sleep, and you lose fifteen pounds you didn’t know were yours to lose. For the first two months, your every waking minute is consumed by lesson prep and the intense anxiety associated with trying to manage students whose conception of “school” is foreign to you. But you survive the first semester (as many have done) because you have to and because these kids depend on you. You think you are through the worst of it. You begin to believe that you can do this. Then, the second semester begins…

Your sixth-period class is a nightmare, full of students with behavior problems that would challenge any teacher. But as hard as sixth period is, your third-period class is the most frustrating and depressing, because (for reasons only they are privy to) the Powers That Be have seen fit to place every type of student imaginable into the same classroom: seniors, juniors, sophomores, freshmen, kids with behavior issues, kids with attention issues, kids with senioritis, kids who have taken the class before and passed it but are taking it again because the registrar’s office is incompetent. And, of course, a few kind, sweet, innocent kids. Who. Cannot. Read.

Or so you tell the Powers That Be. Your seniors can do the worksheets you assign them in twenty minutes, or roughly the time it takes your slower kids to write their names. Your high flyers already know who the Romans and the Greeks were, but the rest of the class is lost. How can you possibly teach all these kids at the same time?

Or so say the Powers That Be, who play the education game far better than you. So you try.

Hello! Rocketship Education? Can you send me thirty-one laptops with the latest research-based adaptive learning programs?

Hi there! Ms. Granger? Would you mind lending me your Time-Turner so I can teach each of my classes thirty-one times and make sure each of my students gets the lesson he or she would most benefit from receiving? HUGE fan of yours, by the way, Ms. Granger.

Differentiation. The solution to all problems. The Holy Grail of effective practice! What is it, exactly? Mixed group work? Harder worksheets for the more advanced kids? Optional diorama projects? All of the above?

No matter. Regardless of what it means to differentiate, doing so has clear benefits, say the Powers That Be:

But if that’s all it means to differentiate, shouldn’t someone say so? After all, it would be one thing if there were research showing that different children really do have different learning styles. Or that struggling readers benefit from being given easier reading assignments than their more advanced peers. Or that stone-faced teachers have historically made a habit of ignoring their students’ individual needs and quirks.

But since no such research actually exists, perhaps you would be better off just teaching the best lesson you can to as many kids as you can coerce coax into paying attention. Perhaps, instead of flirting with multiple-personality disorder by attempting to be all things to all children, you should do what seems sensible and reasonable under the circumstances. Perhaps you should do what works for you, since anything that doesn’t is highly unlikely to work for the kids. And perhaps you’d have a fighting chance of actually finding something that works if the Powers that Be, or the parents they so cunningly placate, made some minimal effort to differentiate kids before they entered the classroom.

The author was unceremoniously laid off after his first year of teaching. He now plays the role of education gadfly, a far easier task than teaching well.