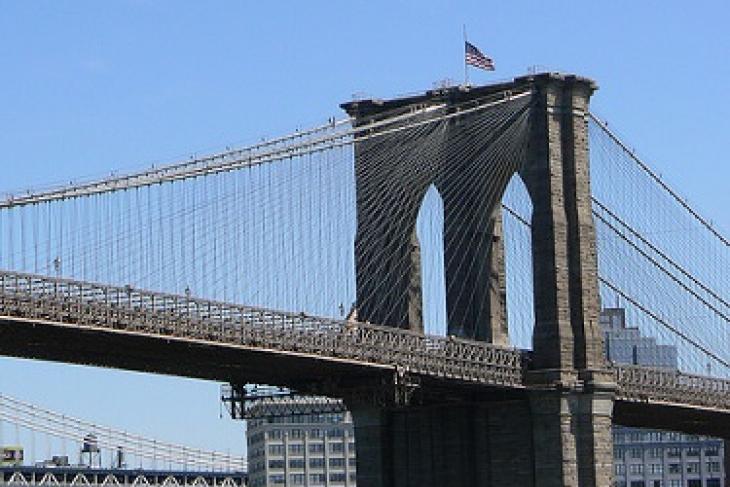 This post was originally published in a slightly different form by the CUNY Institute for Education Policy.

There is a great deal of controversy and division around education policy in New York City and state. Few issues highlight the complex nature of these debates more than the enrollment composition of, and entrance requirements to, New York City’s selective high schools.

With one exception (Fiorello H. LaGuardia High, which is also determined by audition and academic record), entrance into eight of the city’s nine specialized schools is determined solely by a student’s results on the Specialized High Schools Admissions Test (SHSAT). Any current eighth-grade student in NYC public schools, and any first-time ninth-grade student in public, private, and parochial schools, may take the SHSAT. Students are ranked by the resulting scores on the SHSAT and then matched against their choice of high school on a space-available basis.

Stuyvestant High School, the Bronx High School of Science, the Brooklyn Technical High School, and Hunter College High School are among the city’s most famous selective schools. The first three use the SHSAT exam. Bronx Science counts eight Nobel Prize winners among its alumni. Stuyvesant counts among its graduates such notables as actress Lucy Liu, former U.S. Attorney General Eric Holder, and Eva Moskovitz, CEO of the Success Charter School Network. Incidentally, Mayor de Blasio’s son Dante attends Brooklyn Tech. These three schools are not the most selective of the selective high schools— Queens High School for the Sciences at York College and the High Schools for Math and American Studies at City College and Lehman, respectively, only accept approximately 1 percent of applicants—but they boast the highest number of applicants overall. In 2014, 23,408 students applied to Stuyvesant, 19,635 to Bronx Science, and 23,371 to Brooklyn Tech.

Hunter College High School (HCHS) includes Supreme Court Justice Elena Kagan, numerous Pulitzer-Prize-winning journalists and editors, and senior academics, including current Hunter College President Jennifer Raab, among its alumni. Its application process occurs two years earlier (in sixth grade, not eighth) and HCHS uses its own admissions test instead of the SHSAT. In 2014, 2,268 students applied for admission to an entering class of 225.

However, critics focus on these schools’ demographics rather than their selectivity per se: In 2014, only 3 percent of students admitted to HCHS were African American or Hispanic (although an additional 7 percent listed one parent as either black or Latino); 37 percent were Asian. At Stuyvesant, only 2.9 percent of admitted students (twenty-eight students) were African American or Hispanic, while 71 percent (678 students) of those admitted were Asian. This means that Asian students overwhelmingly made Stuyvesant their first choice and also earned the lion’s share of high scores on the SHSAT.

Faced with this information, some have elected to shoot the messenger instead of reading the message. “Diversity,” a moving target of the highest order, seems more important than excellence and equality of opportunity to many of the city and state’s elected officials. Mayor de Blasio, who campaigned against what he perceives as systemic inequity in public education, offered, “It’s just this simple. This is a society that’s supposed to be based on fairness. Our specialized schools don’t reflect the kind of fairness that any New Yorker would recognize by any common sense measure.”

The City Council has also joined the fray. Last summer it introduced three initiatives meant to address segregation in the city’s schools. The first was a binding initiative that required the city’s Department of Education to report publicly on various measures of diversity. The other two constituted “non-binding resolutions.” One called for the NYCDOE to declare diversity an official policy goal. The other would gut the current admissions requirements at the city’s most selective high schools and would move instead to a portfolio system that takes factors other than student results on the SHSAT into consideration. The resolutions had a hearing and are currently tabled.

It’s difficult to argue with some of these goals and assertions. Diversity of population is a good thing, though I would argue that diversity of thought and opinion is more important. In the case of the city’s selective schools, however, some of the champions for change have missed the real problem, opting to diagnose the symptom—diversity or lack thereof—as the disease, instead of doing what must be done to cure the patient. In this instance, we should be asking why more students of color aren’t scoring in the top tiers of the SHSAT and then targeting and fixing the conditions that create those results.

The easiest issue to address is simply one of numbers: Why are so many more Asian students than African American and Latino students taking the SHSAT? It cannot be because there are no children from these subgroups capable of surviving and thriving at the city’s selective schools. As Mayor de Blasio said, “If you’re asking me are there lots of black and Latino young people who would do very well at Stuyvesant and would uphold the noble tradition of Stuyvesant—unquestionably.” On this we vehemently agree. The fix, though, is simple and doesn’t require changing the process: Make the SHSAT mandatory instead of voluntary. The best way to ensure that no “Will Hunting” child of color is missed is to ensure that everyone has the opportunity to apply, be ranked, and choose. In other words, keep the bar high, but encourage more people to attempt to jump over it.

Advocates for changing selective admission also forget that, in the current process, there is an intervention in place for minority students who test on the cusp. The Specialized High Schools Student Handbook states that specialized high schools can sponsor a Discovery Program to “give disadvantaged students of demonstrated high potential an opportunity to participate in the Specialized High School program.”

But what do the mayor and other advocates for change want? To simply change the requirements of the Hecht-Calandra Act of 1971, which upheld the single-test entrance system? Much like those who argue against high-stakes exit exams, these advocates believe a portfolio approach—one that incorporates other measures of student work and in-person interviews—is a better way to change the enrollment composition of the city’s selective schools. Not necessarily.

Such an approach misses the fact that the city already has a series of “screened” high schools that reflect a portfolio method of admissions. As the Department of Education describes them, “Students who apply to Screened programs are ranked and selected based on criteria that may include: final report card grades from the prior school year, reading and math standardized test scores, and attendance and punctuality. There may be additional items that schools require to screen applicants such as an interview or essay. Review the Selection Criteria to determine what other criteria Screened schools use to rank applicants.”

The screening portfolio process at the top screened schools (such as Manhattan’s Beacon School) has indeed resulted in schools where Asian students do not disproportionately constitute the minority student subgroup. But they are also much whiter and wealthier. A portfolio process, therefore, will not necessarily create the diversity the mayor desires.

To be clear, there is nothing wrong with this mix. The point, rather, is this: The path to having more schools that resemble the city’s screened admissions process is to, well, have more of them, not to change the entrance requirements for the city’s schools that use the SHSAT. In typical policymaker fashion, many are focusing on redistributing a fixed pool of “excellence” in the city’s schools instead of increasing the number of excellent schools of all types (which could include replicating Stuyvesant, Bronx Science, or HCHS, for instance). We can, of course, see the same issue playing itself out in the contentious relationship between the mayor and the city’s charter school sector, in which the fighting eclipses efforts to replicate what works best in both the district and charter sectors in the service of expanding the number and type of quality options.

There is one clear solution, however, that no one wants to discuss: Fix the chronically underperforming schools that African American and Hispanic children disproportionately attend. There are 143,000 students attending 371 of the city’s schools where 90 percent or more of students failed the most recent round of state assessments. The New York City Department of Education itself has identified ninety-four schools that it promises to “hug until they change,” but the plan to change them is tepid at best. And the recent deal reached with New York City teachers doesn’t attack what the Obama administration and the Center for American Progress have both identified as a major challenge to closing the achievement gap: The misdistribution of excellent teachers in schools with the highest minority and low-income student populations. Rectifying this situation will require prioritizing excellent instruction over seniority-based teaching assignments. Without such companion strategies that aim to provide rigorous intellectual preparation for all the city’s students, talk of eliminating ethnic disparities in the education system will remain merely idle chatter.

Diversity is a laudable goal in public education and one that I support, but excellence is more important still—regardless of the optics of student diversity. Making Stuyvesant or the current SHSAT process the enemy does not grow the number of great schools our students can choose from and does not ensure that a child who is without an excellent teacher gets one. Changing the requirements for entrance to selective schools assumes that there can—and will only ever be—a fixed (and modest) amount of great schooling available in the city. It also assumes that, for children of color to have better access, others (mostly Asians and new immigrants) must have less access. These are untenable assumptions.

The real story of New York City’s selective high schools is that of a shortage of great schooling options for kids. Rather than trying to change the channels that dictate which students get to attend an exceptional school, we should instead endeavor to create more highly desirable schools. Mayor de Blasio campaigned on a platform of eliminating what he saw as two New Yorks—one with the “haves” and one with the “have-nots.” Let’s not turn the city’s high schools into two camps where one has a little and the other has a lot less.

Derrell Bradford is the executive director of the New York Campaign for Achievement Now (NYCAN).