CTE and non-cognitive skills: A match made in heaven? 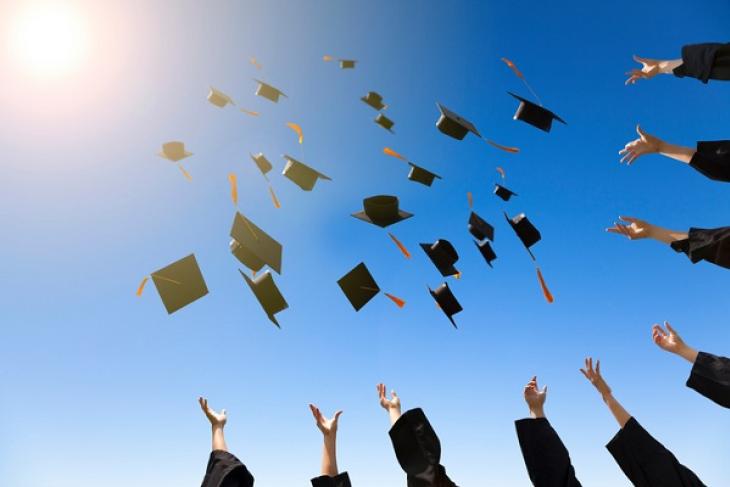 Non-cognitive skills are an increasingly popular topic in education. These include capabilities like perseverance, grit, self-efficacy, work ethic, and conscientiousness. Research shows that possessing them can affect both scholastic and life outcomes.

Their popularity and apparent effectiveness have led to calls on schools to pay more attention to these non-cognitive factors. These calls were answered in part by ESSA, which requires states to have an indicator of “school quality or student success” that goes beyond state standardized test scores and graduation rates. Sometimes referred to as the “nonacademic indicator,” the inclusion of this measure in federal requirements opened the door for schools to focus, at least in part, on non-cognitive skills. California’s CORE districts, for example, use a social-emotional learning metric that measures four non-cognitive competencies with student surveys.

But incorporating non-cognitive skills into schools is still quite difficult. Paul Tough, author of the widely-cited How Children Succeed, explained why in a 2016 Atlantic article:

But here’s the problem: For all our talk about noncognitive skills, nobody has yet found a reliable way to teach kids to be grittier or more resilient. And it has become clear, at the same time, that the educators who are best able to engender noncognitive abilities in their students often do so without really “teaching” these capacities the way one might teach math or reading—indeed, they often do so without ever saying a word about them in the classroom. This paradox has raised a pressing question for a new generation of researchers: Is the teaching paradigm the right one to use when it comes to helping young people develop noncognitive capacities?

Tough raises an important issue: If we know these skills matter, both in terms of academic achievement and long-term outcomes, then we have a responsibility to make sure that students graduate with a firm grasp of them. But if we don’t know how to teach the capacities effectively, what are we supposed to do?

When I taught high school English, my students and I discussed non-cognitive skills all the time—Mercutio in Romeo and Juliet should have practiced more self-control, Dr. King’s speeches and letters are a great example of self-efficacy and perseverance, and The Cask of Amontillado is a fascinating (albeit disturbing) look at the interplay between a conscientious character and a careless one. But similar to what Tough implied in the Atlantic, I often wondered if my classroom was the best place for students to actually practice these skills. That’s not to say it was impossible; I’m sure a few students improved their teamwork skills during group projects, or their grittiness during our seemingly endless trek through research papers. But overall, a traditional classroom with rows of desks and textbooks and a smart board might not have been the best place for them to exercise their non-cognitive muscles.

But what about non-traditional classroom spaces? Take for instance career and technical education (CTE), which integrates traditional academic subjects with technical, job-specific skills. These programs are typically designed to follow both a state’s academic standards and technical content standards that align to a chosen field and allow for hands-on training and real work experience. So, for CTE students, school isn’t just about the three R’s. It might also involve performing blood tests, interning with a pediatric physical therapy team, working on utility restoration and workplace improvement projects at places like GM, participating in mock trials, or even designing animation and software. Each of these programs puts students into real-world situations that demand the development and use of non-cognitive skills.

These are not the  “vo-tech” programs of yesteryear, into which academically struggling students were shoved because their teachers didn’t know what to do with them. Today’s CTE helps students earn associate and bachelor’s degrees and industry-recognized credentials that will place them in good-paying jobs—and they value learning through doing and the development of soft skills, not just the imparting of academic knowledge.

Unfortunately, despite all the research on the positive effects of career and technical education, there seems to be little analysis of whether specific programs cultivate non-cognitive capacities. That’s something that should be remedied soon.

But resources like the Ohio Department of Education’s CTE success stories page show CTE’s potential in this regard. The student profiles therein evince the mastery of hard, cognitive skills: cardiopulmonary resuscitation and emergency patient care, sous-vide cooking, and expertise in automotive technology, to name a few. But the stories also show students developing non-cognitive abilities that all children need—grit and self-control, leadership and interpersonal communication skills.

As education stakeholders continue to mull over the best way to teach students non-cognitive skills, offering CTE to more students is an evidence-backed, bipartisan solution that already exists to some degree in the vast majority of states. More rigorous research is needed, but the blend of academic and technical material within these programs offers a great opportunity to teach today’s students cognitive and non-cognitive skills in real-world environments.