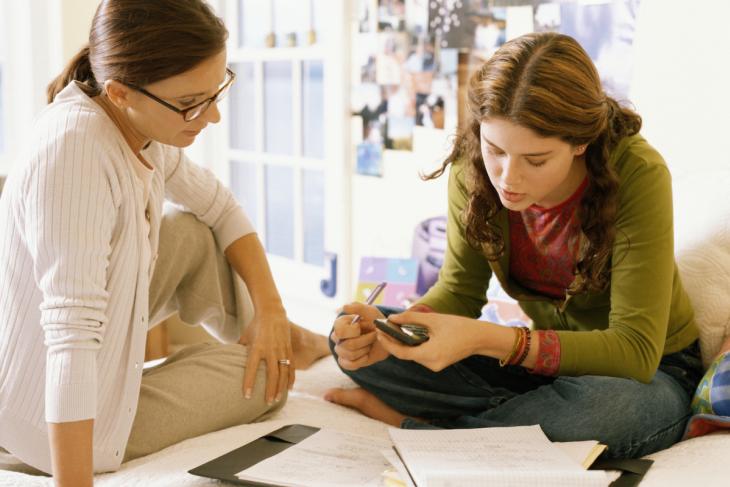 I’m as appalled and disgusted as anyone over the Varsity Blues admissions scandal, and it’s fine with me if those parents end up in prison. But I also worry about hypocrisy. So many of us now throwing up our hands in outrage have tiptoed in our own ways onto a continuum at the far end of which is the bribery and conspiracy that’s recently been revealed.

Name me an educated, upper-middle-class parent with college aspirations for their children who hasn’t done a hundred things to advantage their own progeny—at the ultimate expense of somebody else’s child—in the frantic competition for limited spots at the elite colleges and universities they (or at least their parents) hope they will attend. And just about everything on that continuum is within reach of prosperous, educated families—and out of reach for those without much money or education of their own.

Considerably farther down the continuum than I’ve ever been is the thriving industry of independent college admissions counselors, exam-prep coaches, and pricey consultants. As Dana Goldstein and Jack Healy reported in the New York Times three weeks ago:

For prices up to $1.5 million, parents can buy a five-year, full-service package of college admissions consulting from a company in New York City called Ivy Coach. The service—all of it legal—begins as early as eighth grade, as students are steered toward picking the right classes and extracurriculars to help them stand out from the crowd. Then comes intensive preparation for the SAT or ACT, both “coachable exams,” explained Brian Taylor, the company’s managing director, followed by close editing of college essays. “Is that unfair? That the privileged can pay?” Mr. Taylor asked. “Yes. But that’s how the world works.”

Is that corruption—or is it just “helping your child succeed in school”? And where exactly is the line where the latter turns into the former? It’s not illegal, dishonest, or fraudulent to spend money, time, and effort to boost your child’s educational prospects, and Ivy Coach (and Princeton Review, Kaplan, and other far less costly private prospect-boosters) aren’t bribing anyone on campus or substituting a varsity athlete’s photo for that of a nerdy applicant. No, it’s not that kind of corruption. It’s just the kind that tilts the admissions playing field in favor of one kid rather than another—and disadvantages the kid whose family can’t afford it or doesn’t know enough to do it.

But everyone I know does it or something like it, and in the elementary and middle grades, we salute parents who “help their child succeed,” whether it’s ensuring that they do their homework, clarifying the parts they don’t understand, buying art supplies for the diorama, giving them books for Christmas along with toys, schlepping them to the library, showing up for parents’ night, paying for the optional field trip, driving them to softball practice, or dragging them to Colonial Williamsburg over spring break rather than letting them veg out in front of those tempting screens and game boxes.

That’s all praiseworthy, yes. But it’s not something every kid has—and it’s the beginning of a distortion of “equal educational opportunity.”

The best schools try to compensate—this is vivid in top-performing charter networks—by ensuring that their disadvantaged pupils have as many as possible of the same sorts of boosts, assists, and encouragements, but at day’s end no school can supply as many boosts as prosperous, motivated parents can.

The continuum returns big-time in high school, and the ethics get trickier. Do you review your child’s history paper, book review, or lab report? If so, do you point out errors, make suggestions, or actually engage in hands-on editing? How far do you go to leverage your own contacts to arrange that special summer internship or exotic travel experience for your daughter or son? How much do you coax your progeny into those AP and IB classes that they might not otherwise take (and then assist with the research projects that they entail)? Do you perhaps move the whole family to another neighborhood so your child can attend a school with more such advanced course offerings—and a better track record on college admissions?

Then comes the actual admissions sequence. Besides perhaps signing your kid up for an SAT or ACT prep course, and possibly engaging one of those four-figure independent tutor/counselors, how many campuses do you visit with him? How many of your friends do you consult for suggestions? How much time do you yourself spend scanning the reviews and rankings and insider-tip books so as to be certain that your daughter is considering every plausible college option? Soon arrive the application forms, the essays, the interviews. How heavily do you edit her essays? How often do you nag her to finish filling out the forms? How much do you assist her to fill them out in ways that present her in the best possible light (and certainly don’t forget to include Aunt Cecilia ’53 on the line that seeks possible “legacy” connections)? How do you coach and dress her for the interviews?

Where is the line? Is there a line—short of the one that the FBI is whacking fifty parents for crossing? In a perceptive piece last week, my colleague Robert Pondiscio wrote that “the line between mere advantage-seeking and outright cheating and fraud is easily drawn: It is just in front of where you stand. Thus, with a clear conscience, progressive parents living in affluent zip codes can congratulate themselves for bravely choosing public schools for their children. When they employ one or more of a standing army of SAT test-preppers, it’s not an exercise in privilege hoarding but merely ensuring that their children put their best foot forward. The Varsity Blues scandal resonates so deeply because it's a scam that elites can comfortably condemn. The next level down gets uncomfortable quickly.”

Comfortably or not, just about everyone I know does most of those things for their college-bound children—and spends time and money doing them. Nor is college admissions the end of it. There’s graduate school, too, then resumes to beautify and job applications to revise, and then, if you’re lucky, there are grandchildren who also need to gain entry to the tracks that lead to success in our quasi-meritocratic society. Nor is one’s own immediate family the end of it. A friend writes—privately, of course—“Editing a kid's college essay? Jesus, I've done that for my kid and literally dozens of others. Doesn't feel remotely unethical to me, let alone something outside the law.”

Admissions officers at elite schools are doubtless accustomed to all this, have come to expect it, and strive to discount it. We can fault them—as Rick Hess does—for “failing to perform even minimal diligence as athletic coaches sold slots, and failing to notice as applicants fabricated athletic profiles or had their faces photo-shopped onto the bodies of actual athletes.” It may be that they never saw it coming, though they’ve had enough experience with “side door” entry efforts that they should have. Still, experienced admissions staffers focus mainly on the things that are relatively hard for parents to influence directly: teacher-conferred grades, for example, scores on externally-scored exams such as Advanced Placement and International Baccalaureate, and what the applicant actually says during the interview.

Others, meanwhile, strive to level the playing field in myriad ways, from (controversial) affirmative action to the College Board’s (uncontroversial) partnership with Khan Academy so kids who can’t afford the for-profit test-prep outfits can access materials that assist them, too, to put their best feet forward when entrance-exam time comes around.

Yet there’s no way to peel away all the parent-conferred advantages and extras, for they’re inherent, multifaceted, and I think inevitable. We’re dealing with a scarce good—admission to elite colleges—that’s in great demand. Any responsible parent will assist their kids in every way they can to maximize their chance of winning the competition. Those whose sense of responsibility (or unbounded ambition) carries them to the outer limits of what’s ethical will do even more—paying an expert to write a less-than-stellar applicant’s entire essay, say, or writing a big check for a new wing for the college library so that one’s dim heir may yet gain entry.

When you’re an educated, upper-middle-class parent, you can do a heckuva lot to advance your children. You need not call it corruption. You’re helping your kids succeed in life—and you’re not doing anything criminal. But I do glimpse a continuum. Most of it’s legal and much is educationally beneficial in its own right. But somewhere down that path it turns ugly, illegal and truly corrupt. And—to repeat—it’s a path that I and just about everyone I know have walked at least a short distance on.