Conservatives in a revolution 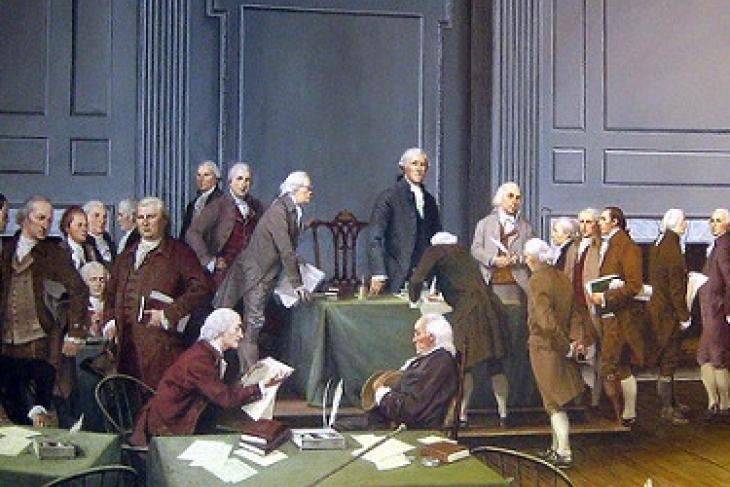 Editor’s note: This is the seventh in a series of personal reflections on the current state of education reform and contemporary conservatism by Andy Smarick, a Bernard Lee Schwartz senior policy fellow with the Thomas B. Fordham Institute.  The previous posts in this series can be seen here, here, here, here, here, and here.

It takes enormous conviction to take on longstanding arrangements. We remember great reformers—Dr. King, Gandhi, Susan B. Anthony—as much for the certainty behind their zeal as for their deeds.

As David Brooks wrote about revolutionaries like Mandela and Lincoln, they believe in “objective and eternally true standards of justice,” follow them faithfully, and are indignant when they’re violated.

Zealots of all types, whether virtuous or not, attract like-minded, like-constituted followers. But the reform leader has a particular need for devoted comrades. He’s picking a fight with the establishment, and he needs folks who’ve got his back.

Consonance in views and disposition has benefits. It displays a united front, allows for consistent messaging, and engenders an esprit de corps.

But when a group is of one opinion and convinced of the righteousness of its cause, virtues can distort into vices. Unified becomes monolithic; principled becomes doctrinaire; daring becomes rash; confident becomes unrepentant; progressive becomes unrestrained.

Accordingly, opponents can actually aid reformers. They can serve as a ballast helping to ground the reformer, serving as a moderating influence on his proclivity for excess. A reasonable opponent helps reveal the location of the middle and the fringe; her centripetal force pulls the reformer back from the latter.

Regrettably, some prominent education-reform opponents have poorly served themselves and reformers. Their criticisms have, too often, been over-the-top (“You want to destroy public education!”), far off the mark (“You want to profit!”), petty (“You have contempt for authentic teaching and learning!”), and occasionally shark-jumping (“You’re conducting a war on women!”). Such arguments may energize extremists, but they’ve not moved the public. Consequently, they’ve had minimal moderating effect on reformers.

The danger of freeing any reform movement from a counterbalance is that sanctimonious reform leaders have a penchant for pushing too far and too fast. In their eyes, doing less is the vice of moderation in pursuit of justice. Consider ed-reform leaders who incessantly invoke social justice and civil rights, implying— intentionally or not—that their ends and means are unassailable.

But history abounds with examples of initially beneficent reform efforts going too far. America’s early vigilance against the threat of communism ended in the political carnage of McCarthyism. The “temperance” movement, meant to stem an alcoholism epidemic, began with moral suasion and voluntary pledges but ended with a compulsory nationwide prohibition.

The clearest example is the French Revolution. Informed by Enlightenment beliefs about popular sovereignty and individual rights, it sought to end the monarchy and close gaping economic and social stratification. But its fervor turned frenzied, culminating in the Reign of Terror and a dictatorship.

Must all meaningful reform movements lacking adequate external constraints eventually spin out of control? Or can some internal force restrain them, exerting enough drag so the terminal velocity isn’t lethal?

History’s counterpoint to the French Revolution—the American Revolution—demonstrates that a movement’s vision and verve can be harnessed.

And conservatism can be the reins.

The Founding Conservatives makes a compelling case that unsung conservatives (like Dickinson, Rutledge, Wilson, and Robert and Gouverneur Morris) “saved the revolution.” Their abiding faith in experience and time-tested institutions and their distrust of theory set them apart from Adams, Henry, Jefferson, Paine and other famed radicals. They did not reflexively oppose change; they aimed to keep it from “galloping out of control.”

Earlier scholars, argues the author, downplayed significant differences of opinion among our founders, who were actually “as politically divided as we are today.” Indeed, Benjamin Franklin fretted that foreign leaders would learn of America’s internal dissention via imported newspapers and sense weakness.

The friction was largely caused by the extent of the radicalism of some prominent founders. Patrick Henry claimed we’d reverted to a state of nature. Paine’s belligerent Common Sense turned many moderates into British loyalists. The Boston Tea Party destroyed $1 million of private property. Many advocated a total boycott of British goods in response to the Intolerable Acts (which might’ve crashed our fledgling economy). Some wanted to use the revolution to dispossess the wealthy. The “Great Leveler Uprising” sought to seize the land of the affluent, and farmers revolted against tax collectors in Shays Rebellion.

Our revolution could’ve gone off the rails. But conservatives pumped the brakes. They argued for “prudence.” They “employed obstructive compromise” to moderate the pace and scope of change. Wilson famously implored colleagues to painstakingly prepare for independence prior to proudly proclaiming it. They opposed the adoption of radical state constitutions. A few even opposed the Declaration of Independence.

As importantly, they shaped the Constitution’s exquisite system of dispersed power. Conservatives Dickinson, Morris, and Wilson were indispensable at the Constitutional Convention; silver-tongued radicals Samuel and John Adams, Jefferson, Paine, and Henry weren’t even there. Conservatives also served in essential posts in the new nation’s first years—Congress, the Supreme Court, cabinet positions, ambassadorships—helping ensure that America was built to last.

Education reform is fantastic at articulating eternal principles, acting with urgency, and speaking in lofty rhetoric. But—as we consider huge federal programs, value-added algorithms, national standards and tests, and other “game changers”—it is worth considering whether we prize prudence, respect experience, or preserve time-tested institutions.

If we want this movement to last, having Jeffersons, Paines, and Henrys won’t be enough. We’ll need Dickinsons, Morrises, and Wilsons, too.