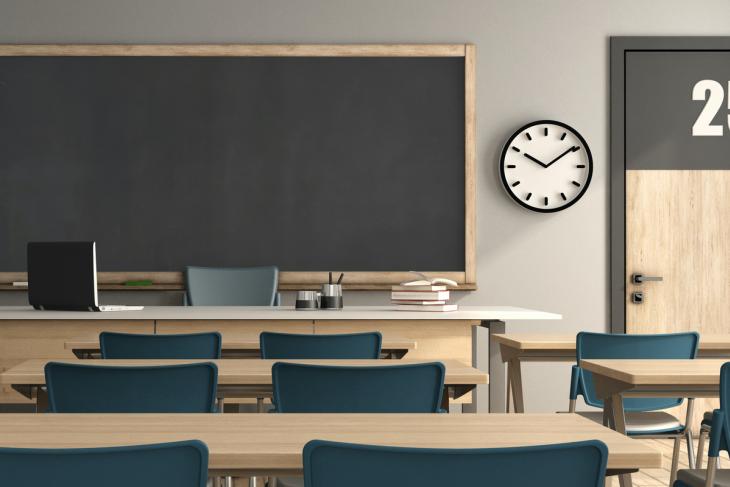 We cannot be sure whether the national education reform movement that roared across America from A Nation at Risk (1983) until recently has halted or simply paused. Reform, however, is definitely at low ebb—and most student scores and other outcome measures remain flatter and at lower levels than the country needs. While reform efforts still inch along in some states and communities, they appear to inch backward almost as often. This deceleration creates a discouraging yet valuable moment for everyone, conservatives included, to contemplate the future of American education while considering past successes and earlier mistakes.

We applaud the successes. Schools today are far more often judged by their results and the gains made by their pupils than by the money spent on them or the programmatic bells and whistles that they offer. Standards and expectations are higher almost everywhere. Achievement has risen a bit, at least in the earlier grades, and especially for the lowest performers. Some learning gaps are narrower, and many opportunities are wider. Career and technical education is enjoying something of a revival. Millions more families have options for their children’s education, as it’s no longer taken for granted that students will attend the district-operated public schools closest to their homes.

As we celebrate these accomplishments, we should also reflect on how they came about. Many of their driving ideas were conservative in origin, although making them happen typically entailed bipartisanship and compromise, as Democrats and Republicans, mostly center-left and center-right, found common ground in pursuit of big changes in a deeply entrenched system that was not successfully serving many of their children or the society in which they live. Among the conservative leaders who championed such reforms, most were governors and legislators, but key roles were also played by presidents from Ronald Reagan through the Bushes 41 and 43, teaming up with equity-minded progressives, and often with business and civil rights groups that found it possible to link arms. The shared goal was to help more young Americans find opportunity and success, thus addressing conservatives’ desire for better outcomes and more choices along with progressives’ desire to make the system fairer and close long-standing learning gaps.

Bipartisanship is in tatters today in many realms of our national life, and that’s a big problem on countless fronts. Yet it’s also an opportunity for conservatives to recognize that the gains made possible through bipartisanship also meant suppressing some important differences and neglecting some vital elements of schooling in particular and education in general. It’s time to lean into those differences, understand what’s been neglected, lost, or distorted, address some troubling education voids, and see if we can renegotiate terms before the next wave of reform.

That’s the purpose of a brand-new book, published by the Templeton Press, edited by us and supported by the Kern Family Foundation: How to Educate an American: The Conservative Vision for Tomorrow’s Schools. In it, almost two-dozen right-leaning public intellectuals and scholars responded to our request to help us “address the big questions about where America finds itself at this moment in history, where we’re going (or should go), and the role of primary-secondary education in taking us there.” Among the many names that you will recognize are three former Secretaries of Education (Lamar Alexander, Bill Bennett, Rod Paige); the American Enterprise Institute’s Yuval Levin, Jonah Goldberg, Nicholas Eberstadt, Naomi Schaefer Riley and (until recently) Arthur Brooks; and the Manhattan Institute’s Kay Hymowitz and Heather Mac Donald as well as the Hoover Institution’s William Damon.

Conservatives have important truths to speak that often aren’t heard (or heeded) in discussions of public education—sometimes because conservatives have circumscribed their own truth-seeking behind a wall labeled “school choice” and have sometimes withdrawn their own children into schools that suit them without paying sufficient heed to the education of others or the broader needs of the country we all inhabit. Today’s reform hiatus creates a space in which conservatives can refresh their own thinking about schooling’s proper role and the contents of a first-rate education.

For America to have the prosperous, secure, and vibrant future that we all want, and for our children and grandchildren to enjoy their full measure of that future while contributing their very best to it, we need a primary-secondary education system that delivers the goods—and delivers them for everyone.

For conservatives to absent themselves from conversations on how best to bring about that future, and retreat into enclaves and echo chambers of their own while mouthing (or earnestly insisting on) the policy nostrums of the 1990s, is not just irresponsible. It also yields the shaping of that future to those who now term themselves “progressives.” Is there a conservative alive today who actually welcomes that prospect?

So what do the conservatives represented in our book think is needed at this moment in time? As should be expected from this cadre of creative thinkers, they set off in many directions—but as the reader will discover, their separate musings turned out to revolve around several key themes.

The first is the importance of rekindling students’ understanding of American history, civics, and citizenship, including the kind that instills an informed love of country even as it acknowledges past failings and present challenges. (Yes, we and our fellow authors are happy to give apoplexy to the ghost of Howard Zinn.)

A second theme revolves around good character. That includes moral education, properly construed, but also the critical work of helping young people find purpose and feel needed, the benefits of asking students (high achievers and their peers alike) to work hard in their studies and beyond, and the injustice of dubious discipline “reforms” that reinforce a soft bigotry of low expectations around student behavior.

The third big theme urges a broader view of what follows elementary and secondary education. College need not be the only pathway to dignity or the middle class and a key goal of our schools should be to inform teenagers about the “Success Sequence” and encourage them to follow it: finish school, get a full-time job, get married, and start a family—in that order.

There’s much, much more in the volume itself, and we hope that both conservatives and others will engage with the ideas and arguments therein. As Princeton’s Robert George argues in his chapter, “viewpoint diversity” leads to better understanding of the truth, so let’s take the time to understand where different sides of the debate are coming from. It’s what we want our children to do, and we should model it as well.