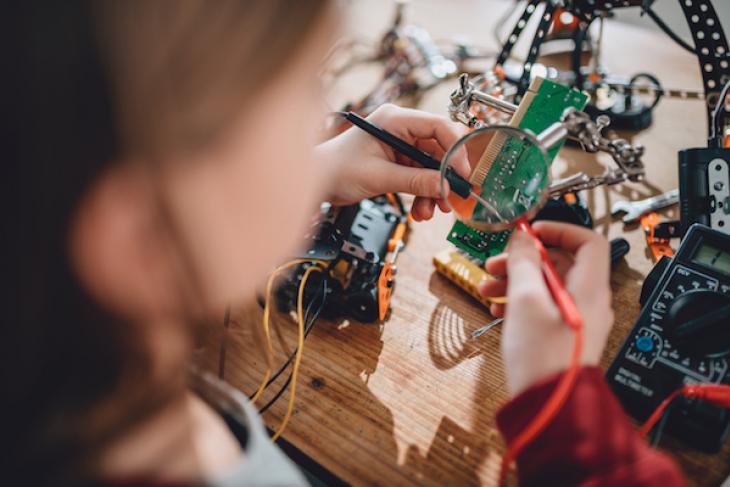 In the waning days of June, the U.S. Senate’s Committee on Health, Education, Labor, and Pensions advanced a bill that would reauthorize the Carl D. Perkins Career and Technical Education Act. A similar bill passed the House over a year ago.

Career and technical education (CTE) enjoys broad bipartisan support, and reports say that the White House has already put its stamp of approval on the Senate version. Nothing is certain, but states could soon be implementing a new law that would meaningfully alter the CTE landscape. Based on the marked-up version of the Senate bill, here’s a broad overview of some of the biggest potential changes.

Some of the most significant changes are in the realm of accountability. For starters, the Senate bill changes the core indicators that states must use to measure performance. States would continue to measure graduation rates and student learning based on state assessments. But instead of merely measuring “student placement,” states would have to measure “the percentage of CTE concentrators who, in the second quarter following the program year after exiting from secondary education,” are in postsecondary education, advanced training, military service, or employment. This change should ensure that the data focus on outcomes for actual CTE students rather than students who only took a single course. States would also be responsible for two new performance measures: indicators of CTE program quality and the percentage of CTE concentrators in programs that lead to non-traditional fields.

Under current law, states are permitted to establish their own levels of performance for each indicator as long as they are quantifiable, measurable, and require continual progress toward improving the performance of CTE students. The Senate proposal also allows states to establish their own performance levels but adds a few important phrases to the law—namely that states must continually make meaningful progress for all career and technical education students, including disadvantaged subgroups. This seemingly small change is indicative of a larger effort within the bill to transparently measure performance gaps and access to CTE programs.

Finally, states would have to include additional information in their annual report to the Secretary of Education. The current law requires that states report on their progress in core indicators. The Senate bill continues this but also requires states to report on the actual levels of performance for all CTE concentrators, and mandates that states disaggregate these data based on concentrators’ program or program of study.

The Senate’s CTE bill is similar to ESSA in that both shift power from the federal government back to states. For example, current law prohibits the feds from mandating curriculum, programs of instruction, and the allocation of resources. The Senate bill takes these prohibitions a step further by forbidding the feds from conditioning or incentivizing “the receipt of any grant, contract, or cooperative agreement” on the adoption or implementation of any “specific instructional content, academic standards and assessments, curricula, or program of instruction.” This is likely a response to Race to the Top, which offered hundreds of millions of dollars to states that adopted policies favored by the Obama administration—which some viewed as federal “coercion.”

The new law would also limit the Secretary of Education’s rulemaking authority. As part of its section on prohibitions, the bill requires the secretary to notify the House and Senate education committees fifteen days prior to issuing a notice of proposed rulemaking. This notification must include a description of how the regulation is consistent with the scope of the law. Congress must be given fifteen business days to make comments on the proposed regs. Given all the drama over ESSA rulemaking, including accusations that the agency was creating rules that were outside the scope of the law, it’s probably safe to assume that this provision is also a response to recent events.

The Senate bill also institutes mandatory public comment periods for state plans and require assurances that public comments were taken into account during development. These provisions are similar to ESSA mandates that required states to seek feedback from a broad and diverse group of stakeholders in creating plans that the law mandated.

Increased emphasis on research and evaluation

Current law requires the Secretary of Education to conduct “an independent evaluation and assessment” of CTE programs. The Senate bill maintains the spirit of this requirement, but alters the language to require a “series of research and evaluation initiatives for each year for which funds are appropriated.” The proposed legislation also increases the list of evaluation topics to include work-based learning, efforts to expand CTE access for all students, the effectiveness of different delivery systems and approaches (like early-college high schools, pre-apprenticeship programs, and dual-enrollment courses), and the extent to which CTE programs are grounded in evidence-based research.

Evidence-based research is a common theme throughout the bill: The newly-created innovation and modernization grant program, for example, aims to help “create, develop, implement, replicate, or take to scale evidence-based, field-initiated innovations” that will improve effectiveness, alignment, and student outcomes in CTE.

The Senate bill is, of course, just a bill. But given the historically bipartisan support for CTE, a similar House bill that’s already gained approval, and indications that the White House is eager to make the long-awaited Perkins reauthorization a reality, this bill has a good chance of becoming the new law of the land.