The case for (some) teacher turnover in charter schools 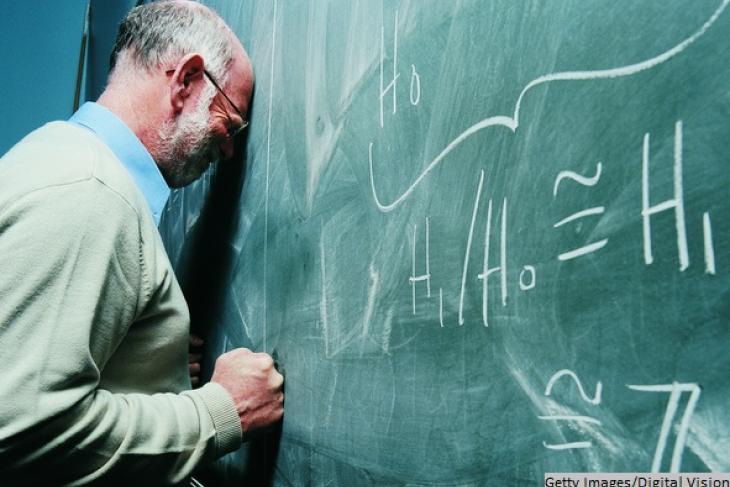 During my tenure as a teacher, I would inevitably listen to at least one of my colleagues explain their decision to leave the classroom at the end of each school year. When explaining their choice to throw in the towel, novice and veteran teachers alike would cite reasons along the lines of “This work is just too hard” or “I’m burned out and can’t do it anymore.” These teachers became part of a statistic we hear about often—the teacher turnover rate. Eventually, I joined them myself. Yet if my three years of teaching in a high-performing, majority-minority, urban charter school taught me anything, it’s that this revolving door can be a positive thing for schools and their students.

Teacher turnover is a buzzy concept typically used in conversations regarding school effectiveness and the issues plaguing urban schools. The 2012–13 Teacher Follow-up Survey to the Schools and Staffing Survey (SASS), commissioned by the National Center for Education and Statistics (NCES), found that 15.7 percent of public school teachers either moved schools or left the profession between 2011–12 and 2012–13. In charter schools, this number is slightly higher at 18.4 percent. Despite this meager difference, charter schools typically receive the most flack when it comes to teacher turnover.

When school retention rates are reported, however, they specify neither which teachers are leaving nor their performance levels. During my time working in education, it quickly became clear that not all educators are created equal. I watched many teachers whose skills didn’t quite measure up—or whose values were not quite aligned with the school’s—pack up their things at the end of the year because their contract had not been renewed. Typically, their departures didn’t shock anyone, and faculty and students alike breathed a sigh of relief.

Teacher turnover is particularly salient to charter schools because of the flexibility they enjoy when it comes to their staffing and leadership structures. They’re freer to release underperforming teachers and replace them with new ones. This often causes charters to rely on young teachers with limited experience. But that’s not necessarily a bad thing.

A study commissioned by TNTP found that the ability to fire a teacher—no matter who the replacement is—often works out in the student’s favor: “Schools have a three-in-four chance of replacing a low-performing teacher with a new hire who will be more effective right away,” write its authors. Interestingly, the likelihood of the replacement teacher being more effective than the last actually dropped to 69 percent if the teacher was a “teacher transfer”; this suggests that a new teacher is actually more likely than a transfer teacher to outperform a low-performing teacher. In many ways, this negates the narrative that charter schools are setting their students up for failure. In fact, it might be the opposite.

Take the teacher training programs at high-performing charter networks like Uncommon Schools and Achievement First. The former focuses on creating a highly skilled, diverse teaching cohort. The network’s summer teaching fellowship takes college juniors, including many Uncommon graduates and students of color, and trains them as teaching assistants so that they can return as teachers once they earn their degrees. And Achievement First has created a unique teacher pathway that recognizes the different developmental needs of teachers as they progress through five career stages: intern, new teacher, teacher, distinguished teacher, and master teacher.

Programs like these are especially important because they prepare educators for the unique challenges of teaching in a charter school, the majority of which are located in low-income urban communities. As mentioned previously, close to one in five charter school teachers either moves schools or leaves the profession each year; in both charter and non-charter schools where at least 75 percent of students live in poverty, however, that figure is closer to one in four.

My own experience is illustrative. The charter school where I taught, like so many others, was located in an urban neighborhood and served primarily low-income students and students of color. I quickly learned that teaching children who live in poverty adds a layer of urgency and stress to the job. Not only are educators responsible for creating lesson plans, grading, and delivering high-quality instruction each day, but they also assume an emotional burden to serve their unique needs.

During my first year of teaching, I came home and cried after I realized that one of my seventh graders did not know the difference between subtraction and division, much less how to actually subtract or divide. Like many teachers in low-income schools, I kept granola bars in my desk for the kids who came in late and missed the school’s free breakfast, knowing that the meals they received on campus might be the only ones they ate that day. Once I kept a student after class for being disrespectful and defiant, only to have her break down in tears as she explained that her father had recently been deported for committing a violent crime.

I tell these stories to highlight the incredible difficulties that teachers, particularly those who teach children in poverty, face each day. Not just anyone is suited to be a doctor or a lawyer, and the teaching profession is much the same. We must applaud anyone with the courage and humility to recognize when they no longer have the strength to give their students what they so desperately need and deserve.

Yet in that same vein, we ought to recognize that—because of these difficulties—charter schools benefit greatly from the freedom to prepare incoming teachers for the unique challenges of their student populations and instructional and behavioral models. These schools ought to retain the ability to train their teachers as they see fit because for both charter and traditional public schools, the goal is the same: develop and retain as many high-quality teachers in our classrooms as possible. Part of this is accomplished by recognizing that not all teachers will be successful and that struggling educators can be detrimental to our students. Turnover is therefore vital to achieving that shared goal. And on that front, charters are leading the way.

Catherine Worth is pursuing a master's degree in education policy at the University of Pennsylvania. She is a Teach For America alumna and a former Leadership for Equity and Excellence fellow.