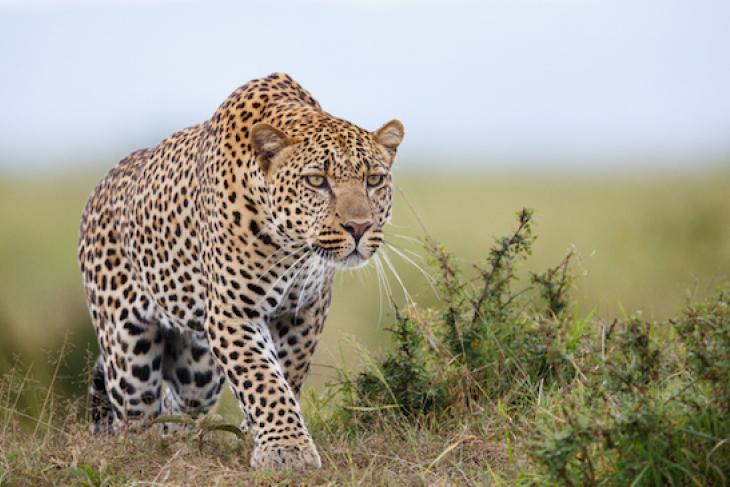 David Osborne, known for his best-selling Reinventing Government, is out with a new book, Reinventing America’s Schools. To promote it, he is blitzing the country and filling the nation’s newspapers with an argument that is familiar yet powerful: High quality charter schools are the best hope for urban education, so states and cities should do everything in their power to allow them to grow and prosper, and school districts should embrace them as well.

Meanwhile, the District of Columbia’s new superintendent, Antwan Wilson, is out with a strategic plan that is also familiar and powerful, but not exactly aligned with Osborne’s vision. That’s because it doesn’t embrace charters, or even charter-like, schools. Though Wilson hints at granting principals more “autonomy to innovate,” there’s no “portfolio management” or talk about the system “steering instead of rowing.” Rather, in its call for “excellence, equity, and love,” it seeks to maintain DCPS’s reputation as one of the fastest-improving urban districts in the land—one that embraces the kind of systemic, top-down approach that Osborne abhors.

The question, for me at least, is whether D.C. and its recent success is sui generis, or is an exception that proves that reformers’ rules—about urban districts being obsolete—are themselves incorrect.

Let’s start with the part of Osborne’s argument that is hardest to refute: High-quality charter schools are getting incredible results, at increasing scale, and cities with the most of them are changing their students’ lives for the better. Osborne digs deep into the past decade of reform in New Orleans, D.C., Denver, and Indianapolis, and provides compelling evidence that the charter sectors in those cities are achieving breakthrough results. (Two years ago, we found this quartet to be the best cities for school choice as well.) He acknowledges that these cities are unusual for having combined charter quantity with charter quality, but Osborne believes that more urban communities can pull off a similar feat with the right policies and ample political courage.

So far so good. Any city in the country would be lucky to have large, dynamic, high-quality charter sectors like the ones Osborne lauds. And in places where the teachers unions still play machine politics with local school board elections, the central office bureaucracy is sclerotic, and the district educator workforce is mediocre or worse, I am all for growing the “market share” of charters to 100 percent.

But that’s not exactly what Osborne advocates. Instead, he wants urban districts to embrace a charter schools strategy, too. They need not dub them charter schools, mind you, but he wants them to empower principals with real authority over staffing and budgeting, and everything else. “Innovation schools” in Indianapolis—some of which have seen great success—are his model.

Let’s return to Washington, D.C., where almost half of kids attend charter schools, most of which are quite good. I for one would be happy to see high quality charters in the District continue to grow, taking 50, 60, 70 percent of the kids. But not within the DCPS structure. After all, D.C. has an effective charter school authorizer, and ample charter funding. If I’m a philanthropist, or an educator who wants to start a charter, why on earth would I want to do it with the school system rather than the D.C. charter board? Very few urban districts have figured out how to oversee high quality charter schools; more often than not they are terrible at it. In fact, once upon a time DCPS was allowed to charter schools, and they did a terrible job at it. Why ask them to do a job they will almost surely mess up?

The pragmatic answer, I suppose, is “real estate.” Urban districts own lots of school buildings, some of which have been recently renovated, and it sure would be nice if those could be used for charter or charter-like schools. That’s fine, but it’s a work-around. It would be better to fight and win the advocacy battles that would result in true charter schools getting access to these facilities outright. Charters are public schools, too, after all.

And what about the Antwan Wilsons of the world? If you are an urban superintendent, should you embrace the “innovation schools” approach? “Relinquish” power to school leaders, try to spark excellence through empowerment, as Osborne and many other reformers would have you do?

Maybe. Do you have a supportive school board (or mayor) that will allow you stand up to your teachers’ union, so that your principals will actually have the power to staff (and when necessary “unstaff”) their schools? Do your schools and their leaders, or at least a subset of them, have the capacity to be able to deal with greater authority and do something positive with it? Do your principals understand teaching and learning and curriculum alignment and all the rest? If not, do you have a strategy for recruiting leaders with those skill sets?

Ironically, DCPS may be the one urban district in the country right now, other than Indianapolis and Denver, that could mark all the boxes on this checklist. Its exceptionally weak union, unusually strong mayor, and years of productive instructional reforms—the best teacher evaluation system in the country, one of the strongest Common Core aligned curricular efforts as well—may make it well suited to an “empowerment” strategy.

Maybe this is what Chancellor Wilson has in mind when he writes that “we must build on what has worked—ranging from strong curriculum to a deep investment in talent—while giving schools and their leadership greater autonomy to innovate.”

Perhaps. But there’s also an argument for not changing what’s not broken, at least for the majority of DCPS schools that are showing real improvement. Michelle Rhee and Kaya Henderson proved that it is possible to replace central office bureaucrats with thoughtful, energetic staff; to roll out and continuously improve a smart teacher evaluation and feedback system; and to develop a great curriculum with teachers and for teachers. They put teaching and learning at the center of the system and have the results to show for it.

To be sure, “empowered” principals play a key role in all of this, but they aren’t expected to invent everything themselves. Perhaps because he’s a government reform guy, Osborne is apt to distrust centralization and laud school-based decision-making. But do we really want every school creating its own curriculum? Coming up with its own unique approach to evaluating teachers? At what point does “relinquishment” bleed into recreating the wheel, and wasteful, ineffective inefficiencies?

Rather than ask DCPS and other urban districts to be something they aren’t—akin to asking a leopard to exchange its spots for stripes—why not encourage them to play to their strengths, especially their biggest advantage—scale? This will allow them to offer continuity (in curriculum, expectations, etc.) to the significant percentage of urban students who bounce around from school to school; to influence the local teacher preparation programs in meaningful ways; to intersect with other social service agencies serving low-income children. Let the charters do “innovation” and “entrepreneurship” and let the districts do “systemic reform.” And if there are schools that districts simply cannot improve—and Osborne makes the case that DCPS has quite a few, concentrated in the poorest parts of the city—don’t waste time, money, and political capital trying and failing to fix them. Allow them to die a quiet death as their students move to great new charter schools instead.

By all means, let’s keep growing the high-quality charter schools sector in as many cities as we can. But as to what the legacy districts should do in response, let’s be honest that nobody knows the right answer for sure—which means that nothing that shows promise should be dismissed out of hand. Even the idea that (some) 100-year-old systems might be able to improve, reinvention, or not.