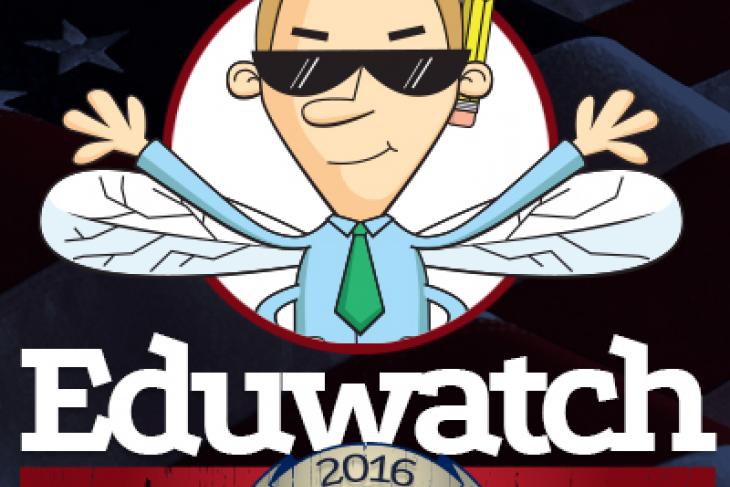 Editor's note: This post was first published on Flypaper on May 5, 2015.

Carly Fiorina announced Monday that she’s running for president, joining five other hopefuls in the race to win the Republican primary. Fiorina, the former CEO of Hewlett Packard, isn’t entirely new to politics. In 2010, she received 42 percent of the vote in an unsuccessful bid to unseat Barbara Boxer, the junior U.S. senator from California.

Fiorina is neither a popular talking head nor a seasoned politician, so her stances on the issues aren’t as publicized as those of her competitors. Nevertheless, she’s been pretty vocal the last few months, and her senatorial run necessitated some opining. So in this sixth installment of the Eduwatch 2016 series chronicling candidates’ views on today’s biggest education issues, here are Fiorina’s positions:

3. School choice: “Parents should be given choice, competition, and accountability in the classroom.” February 2015.

4. Non-cognitive skills: “Teaching entrepreneurship, innovation, risk taking, and imagination comes with local control, and we have to maintain this in our school system.” February 2015.

5. The role of parents in education: “Parents play incredibly important roles in a child's education, and any successful education reform plan must embrace and encourage robust parental involvement.” August 2010.

6. The importance of education and accountability: “The most important thing...is to have a world-class 21st century education system...We need to start by insisting on really strong accountability measures in public schools.” November 2009.

7. The U.S. Department of Education: “The bigger our education department becomes, the worse our public education becomes. There's no connection between spending more money in our nation's capital and a better school system.” February 2015.

8. Data-driven reform: “Robust data systems help parents and teachers more accurately and effectively track how a student is learning so they can continually improve their teaching practices to ensure greater student success.” August 2010.

9. Recruiting teachers and school leaders: “Recruiting and retaining highly effective teachers and principals helps ensure that our students are learning from the best.” August 2010.

10. Free community college: “I think [President Obama] is trying to distract us from the fact that we have too many failing high schools in this country by offering community college for free.” February 2015.

There you have it. Next up is Mike Huckabee, who just declared today, followed by Rand Paul and anyone else who decides to run (I’m looking at you, Scott Walker and Jeb Bush). See you then.