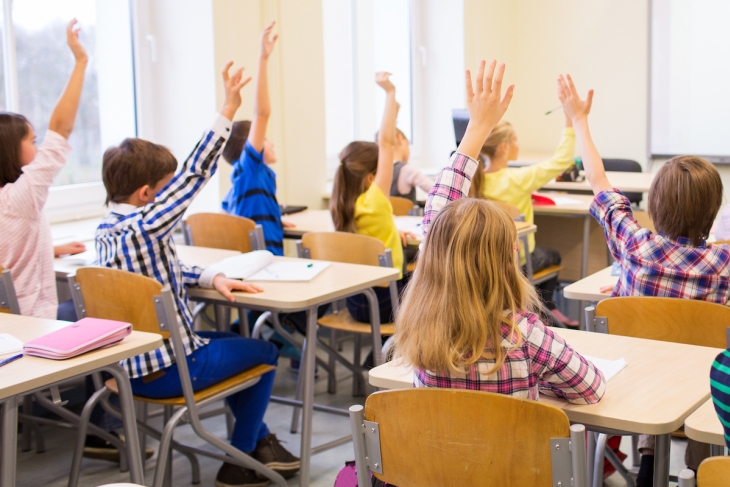 Last week, our friend Checker Finn published a dual review of House Minority Leader Kevin McCarthy’s “Commitment to America” and our recently published AEI volume Sketching a New Conservative Education Agenda. Whereas he found the former “marginally constructive” and eminently vague, he was kind enough to deem our volume a “grand buffet” of ideas “covering a staggering array of issues.” He noted, however, that our contribution did not exactly amount to a concrete “prix fixe meal with a chef-determined menu.”

That’s quite right—and we consider that to be a feature, not a bug, of our Conservative Education Reform Network (CERN). We launched CERN a few years ago hoping to address a few persistent challenges that have confronted conservatives who are intent on improving American education.

First, while there has long been a lot of political and policy energy around issues like school choice and free speech on campus, there has unfortunately been too little emphasis placed on concrete concerns that confront families, communities, and educators. Second, while the rise of populism and the breakdown of the bipartisan education reform consensus provided an opening for policy entrepreneurship, we were concerned that policy currents might be less influenced by thoughtful principle than by the vicissitudes of personality politics. And third, we noted a rising cultural and political divide between the center- and hard-right that threatened to limit the odds of the development and pursuit of a constructive policy agenda.

Our Sketching a New Conservative Education Agenda series was and is intended to address these challenges. The exercise is, as Checker noted, truly a matter of sketching and not blueprinting. We chose to open the national platform of AEI to the now more than 600 members of the CERN community, stipulating only that the contribution must be principled, thoughtful, and constructive. We were pleased to see that, for Checker, the result was an “efflorescence of ideas, sometimes nebulous, often concrete,” and “periodically colliding with each other.”

We did not launch CERN as an effort to either directly set or push a particular conservative education policy agenda. Rather, our hope was that fostering a diverse array of ideas could illustrate the right’s potential to develop and deliver substantive and constructive reforms. After all, the downside of the left’s ownership of many of our educational institutions is that they have become beholden to serving and expanding the status quo. In the wake of the massive disruption of Covid-19, students and parents sorely need the kind of fresh and constructive thinking on display in our volume.

The question of precisely which policies should be pursued, in what order, and under what messaging banner was—however—intentionally beyond the scope of our project. While we’d consider it a mark of success if policy advocacy organizations or state legislators find ideas therein to add to their “prix fixe” policy agenda, we didn’t and don’t see it as our role at CERN to dictate taste or the direction of the conservative movement. Rather, our role is—per AEI’s broader mission—to promote a competition of ideas about how best to improve American public education, and to provide a big tent for anyone inclined to thoughtfully contribute to this intellectual mission.

We were thrilled to publish so many current and former Fordham Institute–affiliated individuals, and are grateful to Fordham for providing a platform for us to issue an open invitation to anyone in their orbit to contribute a sketch to our series or to join our network. Please feel free to e-mail us at [email protected] and [email protected] if you’re inclined to help add to the buffet!

Max Eden is a research fellow at the American Enterprise Institute (AEI), where he focuses on education reform, specifically K–12 and early childhood education. Before rejoining AEI, he was a senior fellow at the Manhattan Institute.

Hayley Sanon is a Research Assistant at the American Enterprise Institute (AEI).