Better together than going it alone 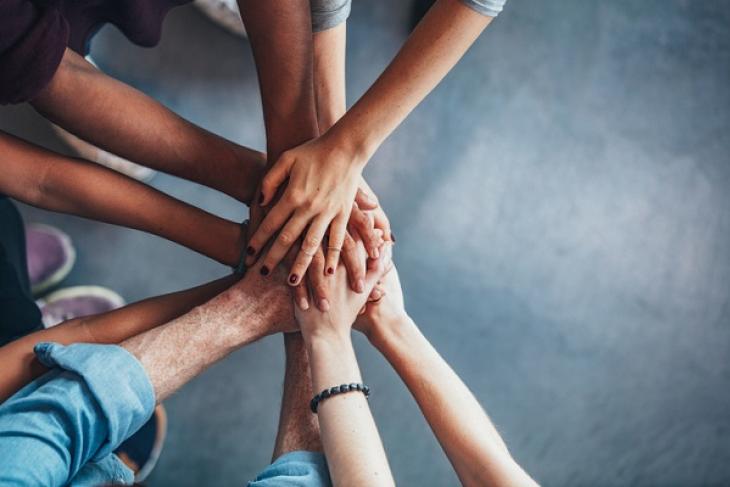 Competition or cooperation? The district-charter school debate has swung back and forth between these alternative strategies since the first public charter schools opened twenty-five years ago. No group has striven harder over that period to find a workable balance than the Seattle-based Center on Reinventing Public Education (CRPE). Better Together: Ensuring Quality District Schools in Times of Charter Growth and Declining Enrollment is CRPE’s latest effort to bring a moderate, research-based middle-ground to the fraught charter/district relationship that is still too often defined by acrimony, blame, and zero-sum arguments.

Better Together builds on CRPE’s deep expertise in establishing and promoting “District-Charter Collaboration Compacts.” It grows out of the conversation of “more than two dozen policymakers, practitioners, researchers and advocates” that took place at CRPE’s behest in January. Can school districts and charter schools co-exist, even cooperate? Is there a “grand bargain” to be struck that could benefit both sectors while—most important—serving the best interests of students, voters, and taxpayers?

District-charter collaboration is especially challenging in communities with declining student enrollments. In Rust Belt cities like Detroit, Cleveland, St. Louis, Philadelphia, and Dayton, the district population has declined by tens or hundreds of thousands of students. Detroit, for example, watched its district enrollment drop from 292,934 in 1970 to less than 50,000 students in 2014, while St. Louis shrank from 113,484 pupils to a paltry 27,017.

Yet these same cities are also home to some of the country’s highest percentages of charter attendees—more than half in Detroit and more than 30 percent in Cleveland, St. Louis, Philadelphia, and Dayton. Not surprisingly, many supporters of traditional districts blame their enrollment woes on charter competition. Never mind that their pupil populations were shrinking before the first charter school appeared.

Facts aside, as one school finance expert observed in Better Together, “Declining enrollment may not be charters’ fault, but it is their problem.” Districts are designed to grow, not contract. Districts face bona fide legacy costs (e.g., building maintenance, debt service, transportation, unfunded pension liabilities, and inflexible teacher contracts) that make it costly and painful to right size.

For example, “last in, first out” contract provisions require that when a reduction in force is necessary, the newest and least expensive teachers must depart—along with their energy and the district’s future work force. This can lead to almost absurd outcomes, such as the time in 2008 when Dayton conferred its “Teacher of the Year” award at the same time the recipient was handed his pink slip. This hurt not only the Dayton Public Schools, but also Dayton children who lost a top-notch teacher to a far less needy suburban district.

State policies also make it hard for districts to shrink—and for charters and districts to collaborate. As one district official put it in Better Together, “These problems are often exacerbated by state funding formulas that don’t adequately reflect enrollment changes, are outdated, or at times simply are ‘bizarre.’” Further, “In many places, they often pit charter schools against district schools, either by providing different per-pupil funding formulas or ignoring stickier ‘legacy costs.’”

In some states, conservative lawmakers are simply fed up with urban districts (and their liberal voters) that spend $20,000 or more per pupil but never deliver results. On the flip side, teacher union opposition to charters make it impossible in some communities for charters and districts to even hold a civil conversation, much less work together.

While Better Together focuses on the challenges facing urban districts and charters, the experiences and positions that it surfaces apply to rural communities, too. In Gooding, Idaho, population less than 1,400, a charter school opened in 2008 and 10 percent of the district’s pupils shifted into it during a single summer. This precipitated brutal fights in Gooding and in the Boise statehouse, with one side claiming that the charter would bleed the district of essential resources and the other saying that children needed education options and opportunities that the district couldn’t (or wouldn’t) provide. Rural districts and their charters need to figure out how to work better together as much as do those in declining metropolises.

Better Together offers some “first steps towards solutions” that are relevant to urban and rural communities alike. These include:

Some of the proposed solutions in Better Together are already being field-tested. For example, the 2012 Cleveland Plan for Transforming Schools (based in large part on CRPE research) created a Transformation Alliance that seeks to ensure that all new charter schools in the city are high quality. It scrapped rules making seniority the deciding factor in teacher layoffs, and it authorized the district to share local levy dollars with high-performing charters.

There’s much debate about how well this is working in Cleveland—and it’s not going to be easy anywhere. Better Together is honest about the challenges that such efforts face in places with shrinking populations. But it also makes a strong case for how communities and children benefit when school districts and charters work together.

Terry Ryan is the CEO of Bluum, an Idaho-based school reform organization. For ten years he led Fordham’s education reform efforts in Ohio.