America's graduation rate malfeasance is a symptom of a broken system 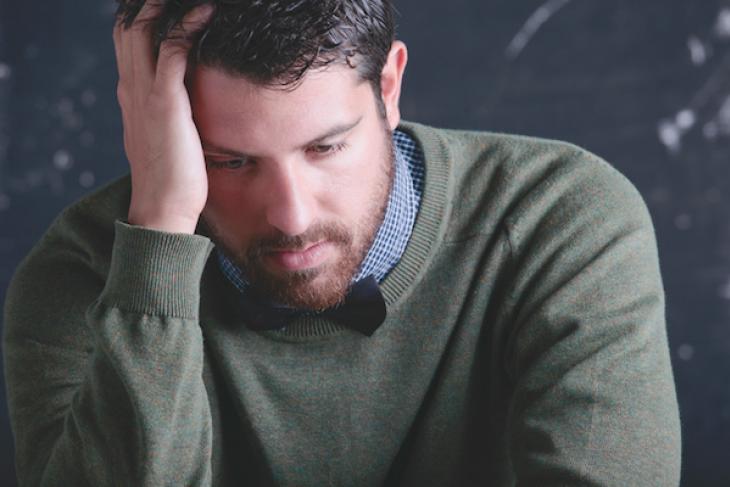 These are just the scandals we know about. “This is sad and infuriating and, as local education reporters across the country know, not at all uncommon,” tweeted Erica L. Green, an education reporter at the New York Times, when the D.C. scandal broke. Green used to cover education for the Baltimore Sun. And what we need today is for more folks on more school beats to investigate whether similar malfeasance is occurring in their districts and states—because such behavior is almost certainly more widespread than has yet seen the light of day.

If it is, we must identify causes and propose solutions. The issue is not measurement and accountability writ large, as our friends Lindsey Burke and Max Eden proposed recently. People cheat on Wall Street too, but that doesn’t mean companies should stop reporting quarterly earnings or that the SEC should stop checking on them.

Instead, the most obvious culprits are utopian graduation rate targets that have pushed some educators to do the unthinkable. That is, the problem isn’t reporting graduation rates and using them as part of an accountability system; it’s setting goals for them that can’t possibly be achieved. We should set more realistic targets that take into account the achievement level of students when they enter ninth grade.

But there’s likely also a more important and foundational cause: Education policy’s utter confusion and division about the appropriate purpose of high school has led to the default, aspirational view is that it’s meant to prepare every child for college. That view is mistaken, however, in part because it’s at odds with students’ interests and the skills necessary for most American jobs. If this is the cause, then the reasons for America’s graduation rate malfeasance is systemic and an overhaul is in order.

In D.C., a recent audit and investigation of the district’s scandal concluded that “Teachers and school leaders are subject to a variety of institutional and administrative pressures which have contributed to a culture in which passing and graduating students is expected.” These pressures included, among other things, aggressive graduation goals and empathy for the needs of the city’s many disadvantaged students, who tend to enter high school at lower levels of achievement than their more advantaged peers.

In other words, the auditors found two major forces that led D.C. teachers and principals to fudge their figures: incentives to hand out more diplomas and concern about the disadvantages faced by low-income and minority students and their effect on academic achievement.

Those forces are have been ubiquitous across America for at least a decade. In 2008, new rules from the U.S. Department of Education sought to fix the country’s diploma problem. On documents that states submitted to the agency for approval, each thereafter had to set a single long-term graduation rate goal for all its high schools, as well as annual goals that ensure progress toward that target. States also had to include on state and local report cards aggregate graduation rates and rates for subgroups.

The Every Student Succeeds Act of 2015 ratified these requirements in statute. States must hold their schools accountable for academic outcomes. For high schools, graduation rates are a mandatory metric for this purpose, along with English language learner proficiency and math, reading, and science achievement. States must also set ambitious long-term goals and publicly report their results.

School officials therefore remain under significant, even heightened, pressure to hand out more diplomas to more students, which can be achieved through several means. One is to boost students’ actual performance so that more of them meet rigorous graduation standards. Another is to lower or alter standards. Yet another is simply to ignore standards altogether and confer diplomas on young people who haven’t earned them.

We haven’t seen a whole lot of the first. As my colleague Robert Pondiscio aptly observed in 2016 when he called graduation rates “the phoniest statistic in education,” the then-record-high rate of 82 percent (today it’s 84 percent!) seemed distressingly divorced from increases in achievement: “There has been no equally dramatic spike in SAT scores. Don’t look for a parallel uptick on seventeen-year-old NAEP, better performance on AP tests, or the ACT, either. You won’t find it.”

Yet policymakers are falling all over each other to change, and often lower, standards. In Fordham’s home state of Ohio, for instance, officials have backed off plans to require that graduates pass rigorous end-of-course exams. They worried that too few students would meet those expectations, so they developed various workarounds for the class of 2018. Students can earn a diploma by, for example, attending school regularly and completing a sufficient amount of community service. Now the state board of education wants to extend those same lower expectations through at least 2020.

Even worse are schools that simply ignore graduation standards or fudge their data. In addition to the 937 students to whom D.C. officials improperly granted diplomas in 2017, a recent audit undertaken in neighboring Prince George's County, Maryland, found that as many as a quarter of that district's 2016 and 2017 high school graduates may not have met requirements. A year earlier, five veteran educators in El Paso were indicted on federal charges in connection to, as an FBI agent said, “criminal conduct and brazen efforts to manipulate testing populations, graduation rates, and attendance figures”; three have since pleaded guilty to related charges and agreed to cooperate in the trials of the other two.

All of this is exacerbated by America’s lackluster achievement among students entering high school. Nationally, almost one-third of eighth graders are below the basic level of achievement in math on the National Assessment of Education Progress, as of 2016. And basic is a low bar; proficient is the one they’re supposed to clear. Seventy-three percent of students fall short of basic in Detroit; 60 percent in Cleveland; 59 percent in Baltimore; 49 percent in Atlanta and Washington, D.C.; 48 percent in Los Angeles; and 47 percent in Philadelphia. Similarly low rates exist for disadvantaged eighth graders nationwide: 42 percent of those eligible for free or reduced priced lunch are below basic in math, and that number is 52 percent and 40 percent for black and Hispanic students, respectively. The trends in reading are comparable.

So it’s scarcely surprising that states, districts, and individual schools—faced with strong pressure to graduate more students, yet awash in entering freshman who can scarcely read and cipher—would finagle their diploma metrics. That isn’t to excuse that behavior, but to understand it. For only when those of us in education policy and practice understand it can we widely recognize our refusal to address the aforementioned real issue: The current implied purpose of American high school—getting more students to and through college—is mistaken and is causing more harm and havoc than harmony and good.

But this also requires that we understand the true magnitude of America’s graduation rate inflation. Our current, hugely problematic approach to this metric is baked into ESSA and the fifty state plans the law obligated, so lawmakers won’t overhaul high schools without overwhelming evidence that today’s approach is inherently flawed. Only then will policymakers and parents be able to decide what kinds of secondary schools today’s adolescents should be able to attend—and what that means for holding such schools accountable and for what their students must accomplish to earn diplomas, and not merely be handed them. Local reporters can help. By all indications, the consequences of these innate defects are bound to be widespread and severe.