1 in 2: A new estimate of the share of children being raised by married parents 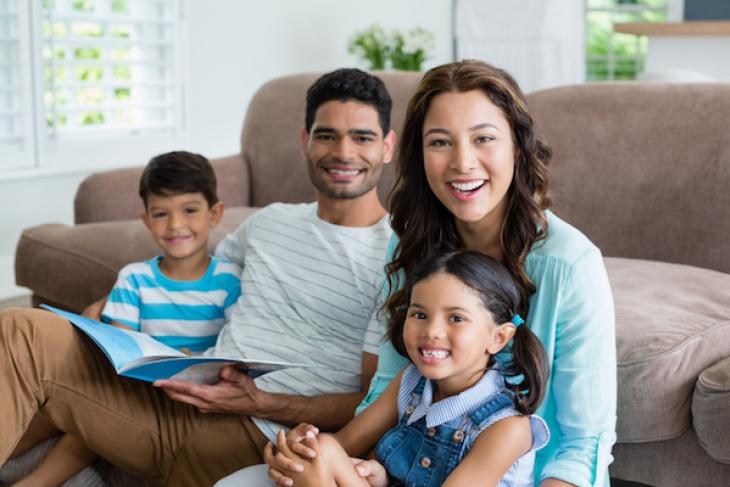 When it comes to today’s children, we often think about “privilege” in terms of the access to education, income, and good neighborhoods that some children benefit from and others do not. Certainly, these three forms of privilege matter for children’s welfare and for their shot at the American Dream, as Richard Reeves reminds us in Dream Hoarders.

But there is another form of “privilege” that is often overlooked in contemporary debates about children’s welfare and futures: that of growing up in a stable two-parent family—loving and being loved by one’s two parents, who are also committed to one another and to the integrity of their family. We know that children who grow up in such a stable, married family are more likely to flourish educationally, socially, and economically.

So how many of today’s young people experience this stable family structure throughout childhood?

The answer is about one in two, according to our new analysis of survey data files recently released by the U.S. Department of Education.1 This figure is based on the proportion of seventeen- and eighteen-year-old high school students who were reported to be living with both their married birth mothers and biological fathers in 2016.2 The fact that they were still living in such families at the culmination of their schooling means that the vast majority of them grew up in them since birth. Some may have experienced parental conflicts or temporary separations, to be sure, but not the kind of conflict that resulted in permanent splits.3 Their parents were able to work things out and the marriages endured.

As shown in Figure 1, another 15 percent of today’s high school seniors lived in a variety of non-traditional two-parent families in 2016: with cohabiting birth parents (2 percent); with one birth parent and a stepparent (11 percent); with a heterosexual adoptive couple (1 percent); or with a same-sex couple (1 percent). Nearly 30 percent of high school seniors lived in single-parent families, with either their birth mothers (23 percent) or biological fathers (6 percent). 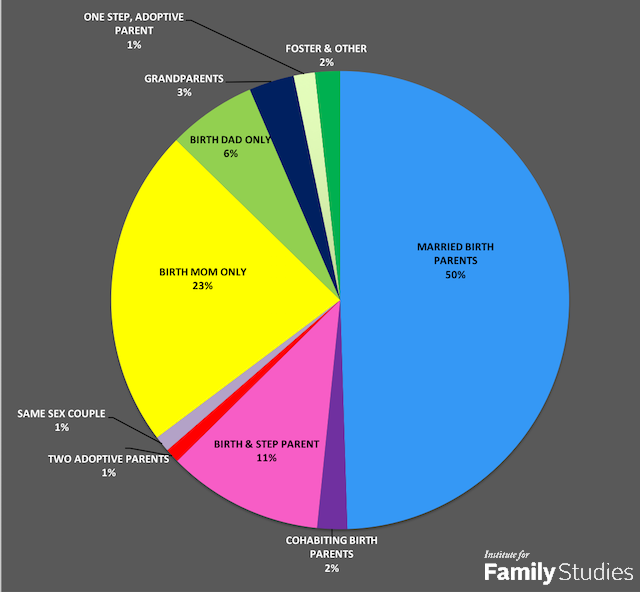 Figure 2. Percent of seventeen- and eighteen-year-old high school students who lived with both parents throughout childhood, by parent education level, U.S., 2016 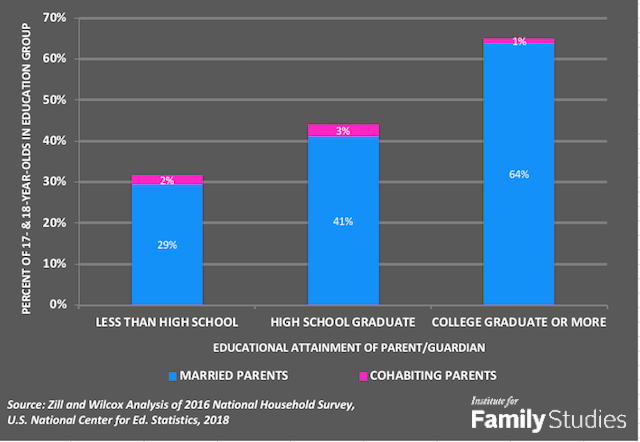 Growing up with both parents throughout one’s childhood is more common among some racial and ethnic groups in the U.S. than among others, as shown in Figure 3. Two-thirds of Asian-American students lived with married birth parents throughout childhood, as did 58 percent of white students. By contrast, less than one-quarter of African-American students had experienced a stable two-parent upbringing. Hispanic-American and multiracial students had intermediate experiences: 45 percent of Hispanic students grew up with married birth parents, as did 35 percent of multiracial and other students.

Figure 3. Percent of seventeen- and eighteen-year-old high school students who lived with both birth parents throughout childhood, by race and Hispanic origin, U.S., 2016 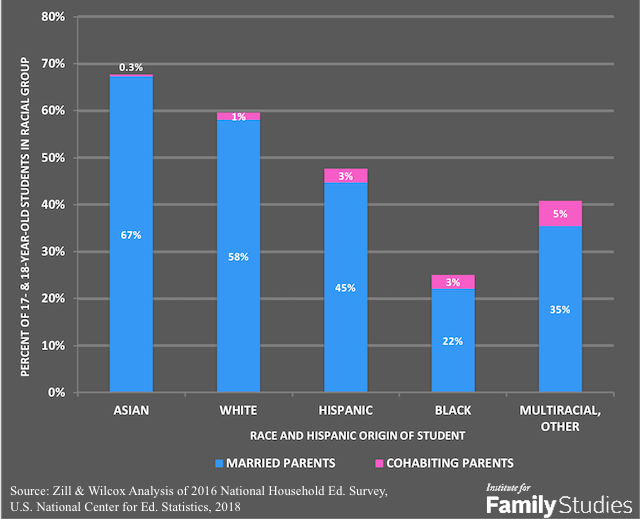 Is growing up with married birth parents advantageous for a young person’s school success and later life chances? There is abundant evidence that it is. As shown in numerous analytic studies, students with stably-married parents are more likely to do well in school and less likely to cut classes, repeat grades, be suspended or expelled, or drop out.5 And significant advantages persist after controlling for related factors like parent education level, family income and poverty status, student race and ethnicity, parent involvement, and teacher or school quality. Rich or poor, this is a type of advantage that parents from all social classes can bestow upon their children: the privilege of a growing up in a stable, married two-parent family.

Today in America, only about one in two children enjoy this privilege. Because the type of family in which children are raised matters a great deal to their well being and future success, we should seek ways to enable less-educated and less-affluent parents to raise their children together in a stable family.

This essay was originally published on the blog of the Institute for Family Studies.

1. The study was the 2016 National Household Education Survey, Parent and Family Involvement Component, which was a nationwide survey of parents of 14,075 school-aged children and adolescents. See, https://www.nces.ed.gov/nhes

2. There were 2,828 students born in 1998 or 1999 in the NHES sample. Not all of these students were high school seniors, as some had been held back one or more grades.

3. Some may also have been born to unmarried parents who subsequently got married during the student’s childhood.

4. The parent-education level used in this tabulation was that of the more educated parent or guardian in the young person’s household.

5. See, e.g., Nicholas Zill and Christine Winquist Nord, Running In Place: How American Families Are Faring In A Changing Economy and An Individualistic Society. (Washington, DC: Child Trends, 1994); Nicholas Zill and W. Bradford Wilcox, Strong Families, Successful Students: Family Structure and Student Performance in Ohio (Charlottesville, VA: Institute for Family Studies, 2016); Paul Amato, “The Impact of Family Formation Change on the Cognitive, Social, and Emotional Well-Being of the Next Generation,” Future of Children, 15, no. 2 (2005): 75-96; Sara McLanahan and Gary Sandefur, Growing Up With a Single Parent: What Hurts, What Helps (Cambridge, MA: Harvard, 1994); Nicholas Zill, “Family Change and Student Achievement: What We Have Learned, What It Means for Schools,” in Family-School Links: How Do They Affect Educational Outcomes?, ed. Alan Booth and Judith F. Dunn (Mahwah, NJ: Erlbaum, 1996).

Nicholas Zill is a research psychologist and a senior fellow of the Institute for Family Studies. He directed the National Survey of Children, a longitudinal study that produced widely cited findings on children’s life experiences and adjustment following parental divorce.

W. Bradford Wilcox is the director of the National Marriage Project at the University of Virginia and a senior fellow at the Institute for Family Studies.