What Ohio can learn from Delaware about workforce readiness 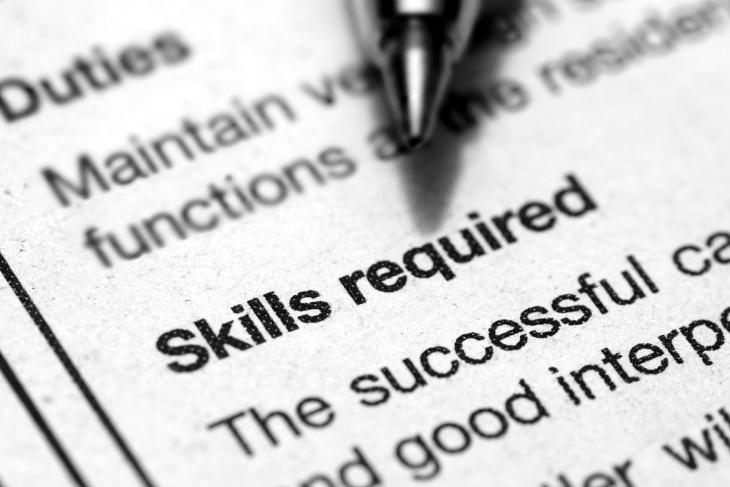 Last week, I wrote a piece about Pathways, a statewide program in Delaware that offers students the opportunity to complete a program of study aligned with an in-demand career before they graduate.

Although it’s too soon to know its long-term impact, the nuts and bolts of the program are laudable. It expands educational options for students, provides work-based learning and dual enrollment opportunities, and improves collaboration between businesses and schools. It seems like a no-brainer to recommend that Ohio follow in Delaware’s footsteps and create a Pathways program of its own.

But doing so would be far more complicated than copy and pasting legislation. For starters, there’s a significant size mismatch between the two states. Delaware has just 141,000 students enrolled in  preschool through twelfth grade in all its public schools. Ohio, meanwhile, has approximately 125,000 students enrolled in every single grade and over 1.6 million overall. There are 610 public school districts in Ohio compared to nineteen in Delaware. And Ohio’s largest traditional public district—Columbus City Schools—serves just over 50,000 students, which is more than a third of Delaware’s entire K–12 population.

There are also some more abstract differences. According to a recent report from R Street, Delaware has a long history of positive public-private partnerships. Ohio has been trying to better connect the public and private sectors, but there has been considerable pushback to such efforts in the K–12 arena. The report also notes that Delaware’s state culture—known as “the Delaware way”—makes hammering out cross-sector and across the aisle deals smoother. Considering the contentious education debates that have lately dominated headlines, the same probably can’t be said for Ohio.

Nevertheless, establishing a program like Pathways in Ohio could positively impact the lives of thousands of students, provide local businesses with well-prepared workers, and boost that state’s economy. It’s definitely worth considering, and there are three key lessons to learn from Delaware:

In his recent report on Pathways, Larry Nagengast noted that the use of both government and private funding streams was “essential” to the program’s growth. For example, the state department of education’s Office of Career and Technical Education distributed $2.8 million in grants to districts and charter schools to expand their pathways, and Bloomberg Philanthropies and JPMorgan Chase provided $3.5 million and $2 million, respectively, to support the program and its work-based learning components. Obviously, these weren’t the only funding amounts or sources needed to make Pathways a success. But they reflect the importance of having significant and roughly equivalent levels of investment from government, business, and philanthropy. Without robust and sustainable funding, the program won’t work or last. To make Pathways work, Ohio leaders would need to propose significant state investment during the next budget cycle and convince philanthropic and business organizations to pledge their support. Furthermore, because of size differences, investors should expect Ohio’s program to be considerably more expensive than Delaware’s.

Lesson two: Focus on regional programs instead of a statewide initiative

Because of the significant size difference between Delaware and Ohio, leaders in the Buckeye State would be wise to focus on launching multiple regional initiatives that operate under a state-created framework rather than a single, massive program run directly by the state (as is the case in Delaware). One way to do this would be to work through Ohio’s six College Tech Prep Regional Centers. These entities are jointly managed by the Ohio Department of Higher Education and the Ohio Department of Education’s Office of Career-Technical Education. They serve as liaisons between community colleges, universities, and the state’s ninety-three career-technical planning districts (CTPDs), which oversee the administration of all of the state’s existing CTE programs. Since the centers are regionally based, they are far better equipped than state leaders to identify and address a wide variety of potential problems, such as transportation issues in rural areas. They are also ideally situated to facilitate collaboration between secondary and postsecondary education providers as well as traditional and technical providers.

Nagengast pointed out that making work-based learning—the defining characteristic of the program—effective on such a large scale required “the involvement of an experienced partner” who could serve as an intermediary between K–12 and the business community. In Delaware, that partner is Delaware Technical Community College. In Ohio, community colleges could play a similar role. There are several of them already doing such work. But it would take some significant legwork to connect all of the state’s community colleges with schools and businesses.

Without a doubt, getting a Pathways program off the ground and implementing it effectively would be a heavier lift in Ohio than it has been in Delaware. But that doesn’t mean it’s impossible. In fact, we’re more than halfway there. Delaware’s Pathways program is part of a Jobs for the Future network called Pathways to Prosperity, which includes similar programs in fifteen other states. One of those states is Ohio, though its involvement is only at a regional level—Central Ohio to be specific. Like Delaware, Ohio has an attainment goal that’s looming large, and a governor who is committed to expanding CTE and workforce opportunities. And Ohio already offers students some of the same opportunities that are a hallmark of Delaware’s Pathways program: dual enrollment, which is available through College Credit Plus and articulated credit options like Career-Technical Credit Transfer; and work-based learning, for which Ohio created a decent foundation through its work with New Skills for Youth.

But that’s not all. In the recent budget, lawmakers passed several policies that indicate an interest in funding programs like Pathways. The Ohio Industry Sector Partnership Grant, for instance, funds collaboration between businesses, education and training providers, and community leaders interested in improving regional workforces. A total of $2.5 million is available per year for two types of grants: spark grants, which fund emerging partnerships, and accelerant grants, which are intended to stimulate the work of existing partnerships. And the Innovative Workforce Incentive Program helps schools establish credentialing programs and incentivizes student attainment by offering schools $1,250 for each qualifying credential earned by students. These aren’t huge pots of funds, and a Pathways-like program would certainly need more. But they’re a good start.

Business Advisory Councils, or BACs, could also play an important role in connecting schools with local employers. State law requires every school district and education service center to have a BAC whose role is to advise districts on changes in the economy and job market, and to aid and support them by offering suggestions on how to develop a working relationship with businesses and labor organizations. BACs are permitted to conduct a broad range of activities, including organizing internships, cooperative training, work-based learning, and employment opportunities for students—all of which are key parts of Delaware’s Pathways program. Having BACs join forces with College Tech Prep Regional Centers could connect the business and education sectors and ensure that pathways are aligned to the region’s most in-demand careers and local employer needs.

The upshot? Ohio already has a solid foundation of policies, funding, and partnerships in place to make a new initiative like Pathways work for thousands of Buckeye students. All we really need to do is tie it all together into one coherent, streamlined initiative and then expand it. Which, admittedly, is easier said than done. But if lawmakers and state leaders are serious about reaching Ohio’s attainment goal and improving workforce outcomes, taking a close look at Delaware’s Pathways program would be a good place to start.