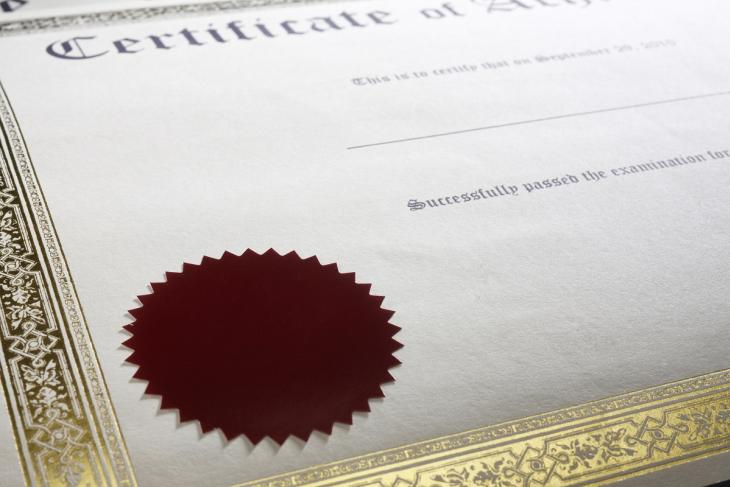 For the past few years, Ohio policymakers, educators, and advocates have been paying close attention to a “looming crisis” in educational attainment. Sixty-four percent of Ohio jobs in 2020 would require post-secondary education, concluded a 2013 study. But according to a Lumina Foundation study published three years later, only 43 percent of working-age Ohioans had a post-secondary degree or certificate. That left a gap of 1.3 million adults who would need to earn a high quality post-secondary certificate to meet the needs of employers. In an attempt to make closing this gap a priority, state leaders announced Ohio’s Attainment Goal 2025: A statewide objective for 65 percent of people between the ages of twenty-five and sixty-four to have a degree, certificate, or other post-secondary workforce credential by that year.

In early January, I explored how newly-elected Governor DeWine could use the state budget to push Ohio toward meeting its goal. Now that the legislative language for the budget is available, here’s a look at how DeWine and his team tackled attainment.

Getting a head start on credentials

Ohio already does a good job of offering K–12 students a head start on post-secondary degrees and credentials thanks to programs like Advanced Placement, College Credit Plus, and Career-Technical Credit Transfer. But the new administration has proposed expanding K–12 pathways toward post-secondary attainment with a $25 million appropriation dedicated to helping high school students earn industry-recognized credentials. The funding will be directed toward three areas:

Cynics might consider $25 million a drop in the bucket compared to the billions in total education funding. But this isn’t a trivial move. Programs like this have been successful in places like Colorado and Wisconsin. And while industry credentials can lead to rewarding and well-paying careers, less than 5 percent of Ohio graduates earned one in 2017–18. By appropriating a modest sum that targets credentialing programs and incentivizes student completion, the DeWine administration is taking a giant step forward.

When Ohio leaders first decided to pursue Attainment Goal 2025, part of the reason was because graduates of the K–12 system weren’t earning degrees and certificates at a fast enough rate to meet the needs of employers. To close the gap, Ohio needs to focus on increasing the number of adults with credentials. During his campaign, Governor DeWine proposed establishing regional job training partnerships to do this. The budget follows through on this promise by allocating $5 million for industry sector partnerships—regional job training partnerships between local businesses, education providers, and community leaders that provide Ohioans with competitive skills. It also appropriates $15 million for each year of the biennium to help a minimum of 10,000 Ohioans a year earn industry-recognized credentials at no cost.

In addition, the budget calls for the Ohio Department of Higher Education (ODHE) to team up with industry partners and Ohio Technical Centers to develop project-based learning models that “increase continuing education and non-credit program offerings that lead to a credential in order to meet the state’s in-demand job needs.” Technical Centers are considered part of ODHE’s workforce training and adult education division, which serves non-traditional students who left high school early, high school graduates who need additional skills before enrolling in college, and working adults who are interested in earning post-secondary credentials. Including these centers indicates an intentional focus on adult learners. It’s also worth noting that the provision focuses on in-demand jobs and emphasizes project-based learning—a method that usually centers on solving real-world problems and, when done well, gives students hands-on experience and develops their higher-order thinking skills.

In a 2016 project from the Institute for Research on Higher Education, Ohio was ranked forty-fifth out of fifty states in college affordability. Policymakers have been trying to fix that, and DeWine’s budget continues that work in a variety of ways:

Of course, none of these programs on their own can solve Ohio’s higher education affordability problem. But taken together—and perhaps with a few other changes—the state could start moving in the right direction.

Ohio has a long way to go, in a short amount of time, to meet Attainment Goal 2025. But Governor DeWine and his team deserve kudos for making attainment a priority in the budget, and for offering up some innovative ideas. Now it’s time for the General Assembly to follow suit.