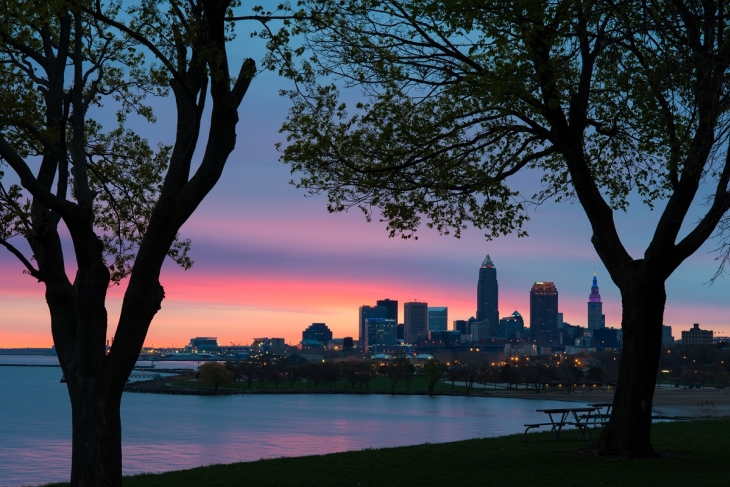 On January 3, Justin Bibb was sworn in as the new mayor of Cleveland. His inauguration marks the first time the city has had new leadership since 2006.

Under normal circumstances, the election of a new mayor doesn’t mean much for a city’s schools. There might be photo ops and some campaign promises, but mayors typically have very little power over what happens in classrooms. Cleveland, however, is one of a few exceptions nationwide. The Cleveland Metropolitan School District (CMSD) has been under mayoral control since 1997, when the General Assembly passed House Bill 269, which gives the mayor power to shape the local school board. It was former mayor Frank Jackson who introduced the Cleveland Plan, a city-wide education turnaround effort aimed at raising student achievement, increasing parental engagement, and encouraging the growth of quality public school options. The plan has guided the district’s work since 2012, and a recently updated version will do the same over the next several years. As the city’s new mayor, Bibb won’t just inherit control of Ohio’s second largest school district—he’ll also be responsible for overseeing the continued progress of the Cleveland Plan.

That’s a lot for a new mayor, so it’s fortunate that Bibb is stepping into a fairly stable situation. While city leadership has changed, district leadership has not. Eric Gordon has been the district’s Chief Executive Officer since 2011. Not only has he been at the helm during the entirety of the Cleveland Plan’s implementation, he worked alongside former Mayor Jackson to lobby state legislators and get the plan put into law. His tenure hasn’t always been smooth sailing, but there’s no denying that Gordon has been a consistent presence during negotiations with the local teachers’ union, state policy changes, and the ongoing Covid-19 pandemic. For a first-time mayor, working alongside an experienced leader who’s been embedded in the community for over a decade is a huge plus.

Bibb and his constituents can also take comfort in the fact that Cleveland schools appear to be headed in the right direction. Each year, the Cleveland Transformation Alliance (CTA) releases an annual report that documents the district’s progress against a broad set of goals. The most recent report lists plenty of pre-pandemic positives. For example, since the advent of the PRE4CLE program in 2014, enrollment in high-quality preschool has increased by 72 percent. CMSD has narrowed the graduation gap between its students and the state average by 78 percent since 2010, and district graduation rates for Black and Hispanic students are outpacing the same rates statewide. A recent study that analyzed student-level data from the National Assessment of Educational Progress (NAEP) found that Cleveland showed statistically significant positive effects in fourth and eighth grade math and eighth grade reading. These impressive gains have earned Cleveland the moniker as one of the fastest-improving city school districts in the country.

The pandemic has surely impacted this progress. Moving forward, district and community leaders should be intentional about identifying learning loss and addressing it. The recently-revised Cleveland Plan should help with that, and the Bibb administration will benefit from having a plan already in place.

But that doesn’t mean the new mayor won’t get a chance to advocate for his own ideas, too. In fact, Bibb has some experience in education—he’s the co-chair of the Ohio Advisory Board for Teach For America—and many of the suggestions he listed on his campaign site are research-backed proposals that could help schools get students back on track. They include repeating the CMSD Summer Learning Experience, expanding tutoring options, improving internet connectivity and online offerings, and developing more college and career pathways, as well as partnerships with local employers and postsecondary institutions.

To be sure, the enduring pandemic, its persistent economic fallout, and an ongoing spike in violent crime will give the newly elected mayor plenty to do. But Bibb has promised to “offer constructive ideas, an active presence, and strong leadership to help stimulate and sustain CMSD’s very difficult work.” Such a promise seems to indicate a desire to take a hands-on approach to leading the district. And given the outsized impact of the pandemic on Cleveland schools, that’s good news.