What explains the pre-pandemic improvement in Cleveland schools? 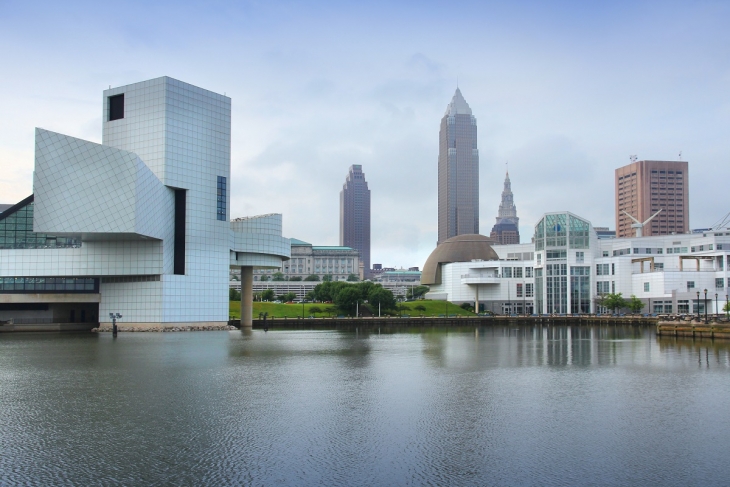 It’s been nearly a decade since the city embarked on this set of ambitious initiatives. But is it working? According to a recent study published by the Council of the Great City Schools, the answer is yes. The report analyzes student-level data from the National Assessment of Educational Progress (NAEP) and finds that Cleveland showed statistically significant positive effects in fourth and eighth grade math and eighth grade reading. The city also showed significant improvement over time. In fourth grade math, for instance, Cleveland moved from a negative impact on student learning in 2009 to a positive one in 2019.

These impressive gains earned Cleveland the moniker as one of the fastest-improving city school districts in the country. But what led to such notable progress? Successful school improvement is complex, and it’s difficult to tie gains to specific interventions or strategies. But here are three critical areas where Cleveland is doing things right.

In many big cities, leaders come and go, and reform efforts often change with them. That’s not the case in Cleveland, where Eric Gordon has been the district’s Chief Executive Officer since 2011. Gordon has not only been at the district’s helm during the entirety of the Cleveland Plan’s implementation, he helped lobby state legislators to get the plan passed in the first place. He’s also a member of Chiefs for Change, a network of state and district education leaders that advocate for policies that promote high standards, quality school choice, and effective teachers—strategies that have been shown to improve student outcomes.

School improvement isn’t just about the head honcho though. It’s also important to empower school leaders. In fact, that was one of the Cleveland Plan’s four key strategies—transferring authority and resources to individual schools and their leaders. One of the ways CMSD accomplished this was to transition to a student-based budgeting formula. Under this system, resources are allocated based on projected enrollment and student characteristics. For example, special education students, English learners, and students who are below or above proficient in reading (based on test scores from third and eighth grade) all receive increased funding amounts. CMSD principals receive their budget allocation for the following year in early February and then use this information to design a customized budget plan based on their school’s academic goals. This increased autonomy gives principals the authority and funding to meet the unique needs of their students—which is crucial to school improvement efforts.

Accountability for student outcomes was cited as a crucial strategy for cities that showed substantial growth in the council’s report. Cleveland is no exception. The Cleveland Plan set an accountability tone from the start by calling for the creation of the Cleveland Transformation Alliance (CTA), a nonprofit responsible for supporting implementation of the plan and holding schools accountable. Each year, the CTA releases a report that measures the district’s progress against a broad set of goals. The most recent report lists plenty of positives as well as some areas for growth. But it’s the fact that an annual report exists at all—especially one that examines measures like high-quality preschool enrollment, participation in AP and College Credit Plus, state report card ratings, remediation rates, and college access and persistence—that’s crucial. All this information is available for other districts too, of course. But in Cleveland, data is gathered and published each year in a single document that’s discussed by city and district leaders, easily accessible to the general public, and allows parents to keep tabs on improvements.

CMSD is unique in Ohio because it’s a portfolio district. Families use the district’s school choice portal to select a school for their child rather than being required to enroll at the closest building. They can choose up to five schools, ranking them in order of preference. And while there are limitations—some schools have acceptance criteria or don’t have enough seats for all the students who apply—every school is open to every student.

Charter schools have also contributed to the city’s success. Research shows that a higher charter market share in urban areas is associated with significant achievement gains for Black and Hispanic students, and that the existence of charters doesn’t have a negative effect on district schools. That’s playing out in Cleveland, where CMSD sponsors nine charters and has partnered with an additional eight. These seventeen schools adhere to the Cleveland Plan the same way district schools are required to, and they’re eligible to receive a portion of funding from district levies. Many of these charter schools are part of Breakthrough Public Schools, one of Ohio’s best charter networks. And Cleveland became a Gates Compact city in 2015, which means the city received grant funding to support collaboration efforts between the district and charter schools.

But all that means nothing if families aren’t aware of their choices. City leaders seem to know that, and are working to improve school choice outreach to families. The most recent report from the CTA outlines results from the Family School Choice Listening Campaign, which was conducted during the summer of 2020 and included focus groups, a forum, and a brief survey. Findings from the survey indicate that when it comes to choosing a school, Cleveland parents put the highest priority on safety, programs, location, and teacher quality. They’re also eager for better communication, such as a website that clearly outlines information about available programs, deadlines, and who to call when they have questions. The CTA report also notes the relaunch of the Ambassador Program, an initiative that provides training about school choice to staff at partnering organizations throughout the city. Training topics include the School Quality Guide and the district’s choice website, myCLEschool.org. As of October, the CTA had trained 125 people from fourteen different organizations.

Cleveland hasn’t reached the promised land just yet. Proficiency rates are still too low, especially for disadvantaged populations, and the pandemic seems to have exacerbated existing gaps. But after nearly a decade of sustained reform efforts, the city’s schools are heading in the right direction. Moreover, for other cities seeking school improvement strategies, the Cleveland approach might just be a model to emulate.