The Cleveland Plan gets a refresh 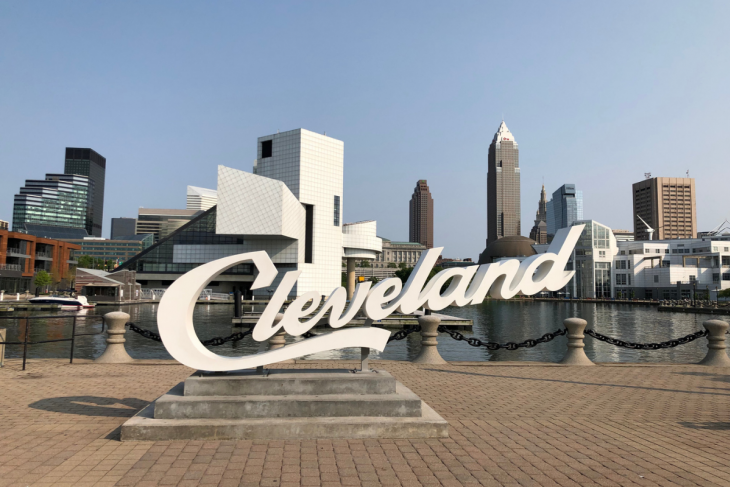 In 2012, Governor Kasich signed legislation that allowed the Cleveland Metropolitan School District (CMSD) to implement a city-wide education turnaround effort known as the Cleveland Plan.  Although implementation of the plan hasn’t always been smooth sailing, the city’s schools have made considerable progress over the last decade or so.

But a lot has changed since 2012, both in education and society at large. To keep Cleveland moving in the right direction, city and school leaders need an updated plan to guide their work over the next several years. To meet that need, the Cleveland Transformation Alliance (CTA) recently released a “refreshed” Cleveland Plan. The city’s primary education goals—referred to as “pillars” in keeping with the CTA’s use of a house analogy—make up the bulk of the refreshed plan. Here’s an in-depth look at how each pillar compares to the goals identified in the original Cleveland Plan.

Pillar One: Grow the number of students attending high-quality public district and public charter schools in every neighborhood in Cleveland.

The primary difference between this goal and the one identified in the original plan is that the focus has shifted from schools to kids. In the original plan, city leaders aimed to grow the number of high-performing district and charter schools. The refreshed plan, however, focuses on growing the number of students who attend these schools rather than increasing the number of schools themselves. The original plan also called for the city to close or replace failing schools, and CMSD shuttered ten schools between 2012 and 2020. The refreshed plan, however, includes no mention of school closures going forward. That’s not surprising, given the charged debate around the practice. It also doesn’t mean the district can’t or won’t close schools in the future. The plan notes that currently there are too many seats for the number of school-age children in Cleveland, and it promises to “use school quality data to inform families of the opportunity to enroll in unfilled seats at high-quality schools.” It’s reasonable to assume that if they succeed in doing so, the emptied out lower-performing schools may need to be shuttered. And while it might disappoint accountability hawks not to have performance-related school closure explicitly on the table—especially given the research indicating that students displaced by closures make academic gains—it’s understandable that a district that’s been identified as one of the fastest-improving urban districts in the nation would want to focus on improving schools rather than closing them.

Pillar Two: Ensure all school leaders are empowered with the resources, supports, and authority necessary to equitably meet the needs of their school community.

The original Cleveland Plan jumpstarted a transition to more school-level autonomy by calling for the district’s central office to transfer much of its authority to schools. That included control over resources, a move that was accomplished through the implementation of a new student-based budgeting formula. This new formula weighted funding based on student characteristics, thereby driving more dollars to high-need students, and also gave the majority of spending power to school leaders. For the last several years, principals in Cleveland have designed customized budget plans based on their schools’ needs and academic goals. The refreshed plan won’t change that—it notes that school leaders will retain “the ability and financial resources to structure leadership, budgets, staffing, scheduling, and curriculum in support of their school’s specific model.” The district also intends to offer increased support to school leaders to help with innovation, technology, and data-driven decision-making.

Pillar Three: Invest and phase-in innovative programs and equitable best practices across all public district and public charter schools to help students thrive from birth through college and career.

There’s not much of a shift here between the old and new plans, as they both aim to invest and phase-in innovative programs. It’s mostly just a change in terminology. The original plan references “high-leverage system reforms across all schools” and identifies initiatives such as high-quality preschool, college and workforce readiness, talent recruitment, and investments in technology. The refreshed plan also mentions all of these strategies—it just calls them “equitable best practices” instead. It also adds a few more to the mix, such as expanding the availability of affordable and high-quality before-school, afterschool, and summer programs.

Pillar Four: Through the CTA, ensure fidelity to and equitable community engagement with this plan for all public district and public charter schools.

In the original plan, the primary purpose of the CTA was to “ensure accountability for all public schools in the city.” The refreshed plan, on the other hand, seems to shift the CTA’s primary purpose to ensuring plan fidelity and community engagement. To some, that might seem like a move away from accountability. But that’s not necessarily the case. The refreshed plan lists six strategies under this pillar, and the first is to “monitor and publish and widely distribute an annual report on the quality of all of Cleveland’s schools.” The CTA has released these reports for years, and the new plan won’t change that. In fact, when identifying student achievement and progress as a quality indicator, the plan lists kindergarten readiness, literacy and math in grades PreK–8, ninth grade completion, high school graduation rates, preparation for life after high school, and progress in skill-based domains such as content reasoning or social-emotional learning as measures that will be used to determine progress. It’s also important to remember that the CTA’s annual report can’t and won’t replace state report cards, which annually measure metrics like student achievement and growth and allow for comparisons between buildings, districts, and historical averages. Between state report cards and the CTA’s annual reports, Cleveland residents and families should have a trove of data to assist in holding their schools accountable.

Pillar Five: Embed organizational and educational equity principles and activities that are replicable and measurable for all public district and public charter schools in the city.

The refreshed plan places a ton of emphasis on equity. Adding this goal—which wasn’t part of the original plan—is just another example of that. It includes four strategies: aligning education practices with the plan’s definition of equity, offering technical assistance and professional development to school leaders, identifying and expanding community engagement programs that serve at-risk or historically marginalized students, and identifying and expanding teaching and learning models that reduce, eliminate, and prevent discrimination.

As has always been the case, the success of this refreshed Cleveland Plan will depend on implementation. Advocates will need to keep a close eye on the progress benchmarks being identified by the CTA in a separate process, and families and taxpayers should keep a close eye on their schools. But Cleveland has shown over the last several years that many of its leaders and educators are taking reform efforts seriously, and better student outcomes are proof that the city’s schools are improving. Hopefully this new and updated plan will keep Cleveland on the right path.