Signs of hope for students in East Cleveland 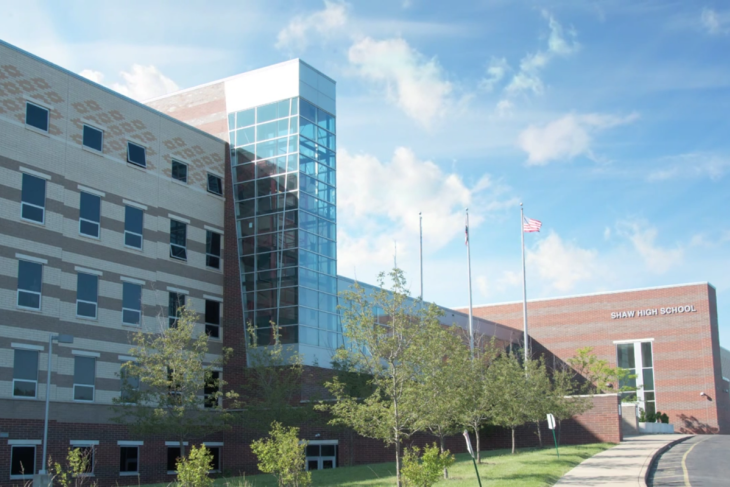 The recently passed state budget created an off-ramp for districts under the control of an Academic Distress Commission (ADC). As part of these new rules, the three districts currently under ADC oversight—Youngstown, Lorain, and East Cleveland—must develop academic improvement plans that contain annual and overall improvement benchmarks. If they meet a majority of their academic benchmarks by June 2025, their ADC will be dissolved.

All three districts under ADC supervision have submitted their improvement plans and received feedback from the Ohio Department of Education (ODE). In a previous post, I analyzed the plan submitted by the Youngstown City School District. I expressed significant concern over how low district officials set their academic benchmarks, concerns that were shared by ODE in its review letter. The plan submitted by Lorain City School District is close to impossible to analyze. The majority of their benchmarks are incomplete, a fact that was noted by ODE in Lorain’s review letter. The East Cleveland City School District, on the other hand, fared much better. Only two of the district’s goals were flagged by ODE: the benchmark set for the percentage of students who earn an industry recognized credential and the graduation rate target for students with disabilities. Only one benchmark was identified as incomplete or missing: a goal for pre–K.

Of the three plans, East Cleveland’s plan is the most rigorous, detailed, and user-friendly. It focuses on five key areas: turnaround leadership, transformative instruction and support, talent management, transparent finances and operations, and “together we are East Cleveland,” a category which focuses on expanding and improving family outreach and community partnerships. For each area, the plan outlines challenges and areas for growth, a theory of action that will guide the district going forward, and specific objectives and strategies for implementation over the next several years.

The most important part of the plan, of course, is the academic improvement benchmarks that will be used to judge whether the district has made enough progress to dissolve its ADC. East Cleveland identified a total of thirteen. Ten are based on students’ academic performance, two are noncognitive measures (district chronic absenteeism and student participation in co-curricular activities), and one is career-based (the percent of students who have industry-recognized credentials).

For the most part, these benchmarks cover the right ground and set rigorous targets. For example, East Cleveland plans to raise their overall district performance index from 46 percent—the lowest score in the state during the 2018–19 school year—to 60 percent by 2024–25. If the district succeeds in improving that much, it will surpass pre-Covid performance index scores for itself and each of the other ADC-controlled districts, as well as seven of the Big Eight districts that educate a similar student population. In fact, unlike their ADC counterparts, East Cleveland set most of its academic benchmark goals to pre-Covid levels. Rather than using the steep drop in proficiency and growth that occurred during the pandemic to set a new baseline, the district chose to set goals that will improve on their pre- and post-Covid data. That’s important because it indicates that the district is committed to addressing learning loss and truly improving performance.

The district’s growth goals for grades 3–8 in math and reading will be measured by NWEA MAP, a computer adaptive assessment used in schools across the nation. The charts below show the percentage of students in East Cleveland who met or exceeded their expected MAP growth goals during the baseline years of 2018–19 through 2020–21, as well as the district’s target percentages for school years 2021–22 through 2024–25. It’s not ideal that growth is being measured by grade bands, as doing so could mask poor performance in certain grade levels. But each grade band is set to surpass pre-Covid levels before the plan’s final year, and the district is aiming to have a majority of students meet their growth goals in both subjects by 2025.

East Cleveland also deserves credit for including preparedness measures that are nationally-recognized indicators of student readiness. The district aims to have 19 percent of the Class of 2025 earn an ACT composite score of eighteen or higher. That isn’t exactly reaching for the stars—ACT’s college readiness benchmarks are above eighteen for every subtest except English, and 19 percent is far from a majority—but less than 5 percent of students in the district’s Class of 2019 managed to earn a composite score of eighteen. And although ODE dinged the district for setting an industry recognized credential attainment goal that is lower than pre-Covid levels, the district’s goal for the class of 2025 is still nearly 48 percent, more than four times the current statewide average. District officials should ensure that these credentials are meaningful, but the inclusion of credential attainment is a positive step.

All this is good news for East Cleveland kids. But there are a few aspects of the district’s plan that should raise concerns. For instance, it’s understandable why the district chose to use MAP to measure progress. MAP assessments have the state’s stamp of approval, and their data allow teachers and leaders to track individual student growth over time. But MAP assessments aren’t fully aligned to state standards. And opting to use them instead of the value-added measures used on state report cards makes it impossible to draw comparisons between similar schools and districts as well as state averages. These comparisons matter, as they offer a more complete picture of the district’s progress in context.

Unfortunately, East Cleveland didn’t just avoid value-added measures for state tests. It avoided state tests all together. Other than district-wide performance index, the plan doesn’t have a single benchmark for student proficiency measured by criterion-referenced assessments that are aligned to state standards, easily comparable to other districts, and disaggregated by subgroups. That’s a huge deal because it means there are no measures to determine whether the number of students who can read or do math at grade level is increasing, decreasing, or staying flat. Youngstown may have set abysmally low proficiency goals in their plan, but at least they had some. East Cleveland doesn’t have any, and that’s a problem. Growth is important—this is, after all, an academic improvement plan—but proficiency matters, too. If East Cleveland is achieving the meaningful growth its benchmarks seem to promise, then proficiency increases should follow—and district and state leaders should be tracking that improvement.

These are glaring omissions that prevent the East Cleveland plan from being held up as an ideal model. But given the limited parameters for these plans provided by state law, the rigor of the benchmarks the district did include, and the lackluster plans submitted by the other two ADC-controlled districts, East Cleveland deserves praise. If the district implements this plan well and succeeds in meeting all of these benchmarks, kids will benefit. And at the end of the day, that’s all that should matter.