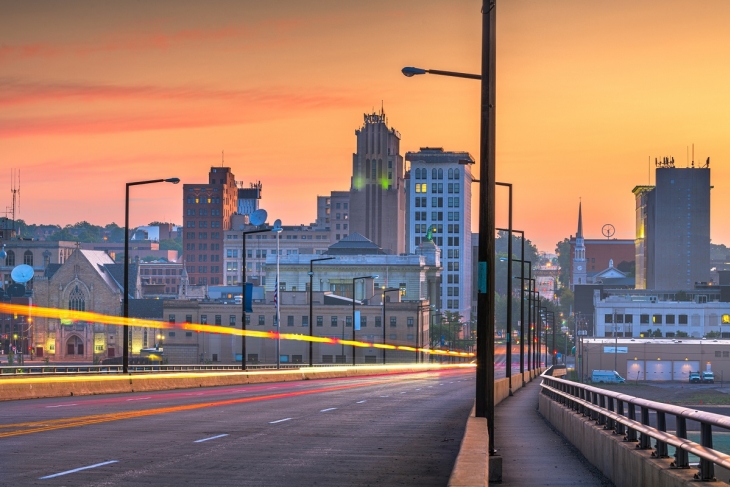 Since 2005, Ohio has intervened in chronically underperforming school districts by establishing new leadership in the form of an Academic Distress Commission (ADC). In 2015, state lawmakers significantly strengthened the ADC law by lessening the power of the local school board and empowering a CEO with managerial and operational authority. These changes caused an uproar, and the education establishment has been trying to abolish ADCs ever since.

The recent state budget took steps in that direction by creating an off-ramp for the three districts currently under ADC oversight: Youngstown, Lorain, and East Cleveland. The law removes the CEO, returns power to the local school board, and charges the board with developing an academic improvement plan containing annual and overall improvement benchmarks. Districts will implement these plans for three years, beginning with 2022–23, and submit annual reports on their progress. If they meet a majority of their academic benchmarks by June 2025, their ADC will be dissolved. If they don’t, they can apply for up to two one-year extensions. Districts that haven’t improved after a total of five years will revert back to full ADC control.

All three ADC-managed districts have already submitted their academic improvement plans. And while the state superintendent gets the final say in approving these plans, advocates and stakeholders should pay close attention to the process. That’s especially true in Youngstown, the first district to be placed under ADC oversight.

Unfortunately, the plan put forth by the Youngstown City School District (YCSD) leaves a lot to be desired. The district has proposed a total of twenty-four academic benchmarks: six for English language arts, seven for math, two for science, two for history, four tied to graduation, and a benchmark each for overall performance index, chronic absenteeism, and the expansion of career and technical education (CTE). That’s a lot of benchmarks. And while there are some key data points missing—preparedness measures like ACT and SAT scores, AP or College Credit Plus enrollment, college acceptance, and industry recognized credential attainment are all notably absent—the district seems to have covered most of the bases.

But it’s how they covered those bases that’s the problem. Only seven of the twenty-four benchmarks put forth in the plan are measured by student performance on state exams. That means less than a third of the district’s benchmarks are tied to criterion-referenced assessments that are aligned to state standards, easily comparable to other districts, and disaggregated by subgroups like race and ethnicity, family income, and special education status. In math, for example, YCSD has identified just three benchmarks measured by state tests. They read as follows:

The first thing that stands out is the extremely low percentage of students that YCSD expects to reach proficiency. After three years of implementing an academic improvement plan, the district still expects that less than a fifth of its students will be proficient in math. Even taking into account the substantial learning loss caused by the pandemic, these are troublingly low numbers. So low, in fact, that even if the district meets each of the goals listed above, it still won’t have reached its own proficiency rates from 2018–19. To make matters worse, YCSD—by its own explicit admission in the plan—has pre-pandemic proficiency rates that are far below the state average and the averages of similar districts.

It’s also worth noting that these benchmarks will be measured by an average that covers multiple grade levels. The district isn’t promising that 16 percent of third graders will be able to do math proficiently. It’s promising that an average of kids in third, fourth, and fifth grade will be proficient. Averaging progress in this way makes it possible to mask poor performance in certain grade levels. For instance, a banner year in third grade math could cover up stagnant or falling progress in fourth and fifth grade math. Given that the entire point of these plans is to track progress, writing benchmarks in a way that could mask it is definitely troublesome.

Meanwhile, in English, the only state assessment that’s included in a benchmark is third grade reading, where the district has set a goal for 46 percent of third graders to score proficient or above on the state test by 2025. There are no benchmarks for state tests in ELA in grades four through eight despite these exams being a huge part of state report cards and federal accountability requirements. The English II end of course (EOC) exam—which is one of two tests that make up Ohio’s primary path to a high school diploma—is also missing, even though proficiency goals for EOCs in math and history are included elsewhere. The upshot? The district has no proficiency benchmarks in ELA for any grade with the exception of third, and it offers no explanation for why math proficiency was important enough to include but not reading.

It’s important to remember that for an ADC to be dissolved, a district must meet “at least a majority” of its academic improvement benchmarks. State exams only account for seven benchmarks, which means YCSD could fail to meet every single one of these low goals and still be labeled as improving if it meets most of its remaining benchmarks. A good chunk of the district’s remaining goals—eight, to be exact—are measured by NWEA MAP, a computer adaptive assessment used in schools across the nation. MAP has the state’s stamp of approval, and for good reason—it’s a test that that measures growth over time, and helping students grow is exactly what YCSD needs to do. Unfortunately, the district once again sets the bar way too low. Consider the following MAP reading benchmark:

By June 2025, 64 percent of scholars in grades 6–10 will show command of vocabulary, background knowledge, and reading comprehension skills by meeting their individual expected growth goal as measured by the NWEA MAP Reading (informational text, literary text, and vocabulary assessment.

At first glance, this seems like a decent goal. Sixty-four percent is a majority, and it’s also slightly higher than the 63 percent of YCSD students who met their expected growth target between fall and spring in 2018–19. But a closer look reveals a significant problem. Although MAP assessments and data allow teachers and leaders to track individual student growth over time, they don’t allow for comparisons between specific schools, districts, or state averages. YCSD could show incremental improvement over time using MAP data, and that would be worth celebrating. Improvement is improvement. But context matters too. If YCSD’s incremental improvements are miniscule compared to growth in other schools, especially those that serve similar populations, that’s important too. By zeroing in on individual student growth on a third-party assessment, YCSD has eliminated the opportunity to compare their progress—or lack thereof—to other schools. What’s particularly suspicious about this move is that YCSD doesn’t need MAP in order to track growth. All Ohio schools have access to comparable student growth measures thanks to value-added and state report cards. Why, then, is the district opting to use something totally different?

To be fair, there are some aspects of Youngstown’s plan that are worthy of praise. For instance, the district plans to begin tracking the number of students in each high school grade level who are on track to graduate as defined by the number of credits they’ve earned. By 2024–25, YCSD intends to have 82 percent of students exiting each grade on track to graduate. That’s not a high bar, and YCSD shouldn’t get a ton of credit for monitoring how many students are on track since state law requires it. But it’s a good sign that Youngstown opted to include this as a benchmark that will be used to gauge the district’s progress.

The same is true for the final benchmark in the plan, which aims to expand CTE offerings into middle school. It sets a goal that 100 percent of seventh and eighth graders will earn fifteen microcredentials. It’s unclear which credentials the plan is referring to—they are identified as “the fifteen professional microcredentials defined by Ohio Means Jobs” but there are no links provided and a simple search didn’t turn up much—or how rigorous the process is for earning them. Expanding CTE into middle school is gaining steam nationally, though, and a goal of 100 percent is certainly rigorous enough.

But these are just two of twenty-four benchmarks proposed in YCSD’s plan. The vast majority of the rest contain goals that are so low it’s appalling. Given how adamant the education establishment in Youngstown has been about wanting its ADC abolished, it’s in their best interest to propose benchmarks that are easy to achieve. As they say, it’s better to under-promise and over-deliver instead of doing the opposite. But Youngstown’s plan seems to be to under-promise and under-deliver. The children of Youngstown deserve much better.