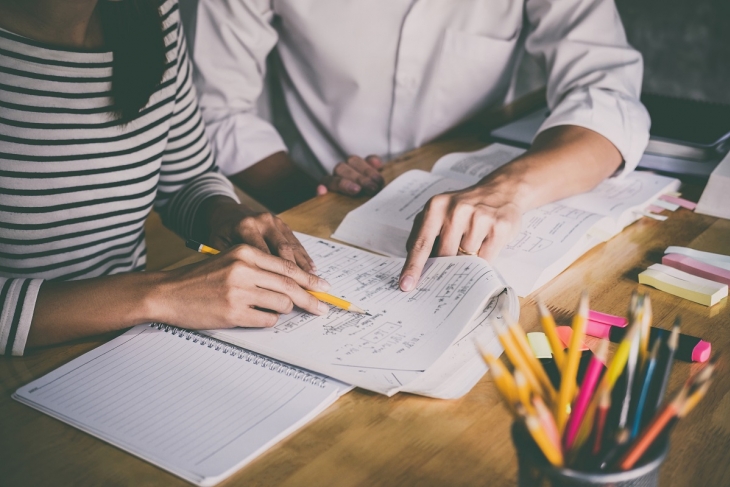 Between the state budget, debates over school choice and pandemic protocols, and new legislative proposals, it’s been a busy year for education policy in Ohio. With so much happening, the question of how the state is spending its federal Covid-19 relief dollars has fallen by the wayside.

That’s partly because there’s so much money to keep track of. The federal government has sent three rounds of funding to states, which in Ohio adds up to around $7 billion dollars for K–12 education. Most of these dollars flow directly to Ohio schools, but states are permitted to reserve up to 10 percent of the funds for state-led efforts that, among other things, address learning loss.

The recently passed state budget includes an example of one such activity. It earmarks a total of $500,000 from the federal relief funds to create the Career Promise Academy Summer Demonstration Pilot Program (CPA). This program is designed to target rising ninth graders who are at risk of not graduating and to provide them with intensive literacy instruction, internship or mentorship experiences, and instruction in academic and life skills as well as financial literacy. Only districts that have persistently low state report card ratings (but are not subject to an academic distress commission) are eligible to apply. Two districts will be awarded grants totaling $250,000, one per summer. An emergency provision made initial funding available for the summers of 2021 and 2022, but the budget wasn’t signed into law until July 1. That made the summer 2021 application deadline an extremely tight turnaround, and that’s likely why only one district—Dayton City Schools—applied. (It’s too soon to know how their pilot went, but we’re keeping our eyes peeled for more information.)

With more time to prepare an application and some worrisome 2021 test scores on the books, hopefully the number of districts applying for CPA will increase during the summer of 2022. But even if interest remains low, that doesn’t mean policymakers should shift their attention elsewhere. There are several aspects of the CPA pilot that could be transplanted into other potential state-led initiatives funded through federal relief dollars.

For instance, consider the pilot’s focus on ninth grade. The only students eligible to participate are rising ninth graders who are “at risk of not qualifying for a high school diploma based on the student’s scores on state ELA and math assessments administered in eighth grade and other academic or social-emotional factors.” Targeting rising freshman might seem like a random decision, but it’s not. Data show that while the ninth grade often has the highest enrollments in high schools, it also boasts the lowest grade point average, the most missed classes, the majority of failing grades, and more misbehavior referrals than any other high school grade level. These issues not only impact the remainder of a student’s K–12 education, they can also influence access to and success in college and the workforce. Teachers and researchers have known for years that ninth grade is a make-or-break year for many students. There’s plenty of evidence on the importance of ninth grade, and a research-backed initiative in Chicago Public Schools aimed at improving the academic performance of ninth graders led to a large increase in graduation rates.

Focusing on ninth graders in a single pilot program won’t have such a huge effect in Ohio. But policymakers could use the CPA pilot as a jumping off point for creating and investing in more ninth grade initiatives. For example, an early warning system like the one used in Chicago could identify ninth graders who are behind on credits or have earned at least one F in a core academic course, are chronically absent, or have a high number of suspensions. Schools could notify families that these students are off track, and districts could use this information to provide students with additional support. Ohio already has a law on the books that requires schools to do many of these things. Providing federal funds to zero in on ninth graders would be a wise investment.

Another aspect of the CPA pilot that shows considerable promise is its inclusion of work-based learning. As part of their application for the CPA pilot, districts must include an agreement with their business advisory council to identify internship and mentoring experiences for students. Considering the CPA pilot is so small—only 75 students in one district can participate each summer—it’s understandable that lawmakers focused only on internships. But over the next few years, the state could use federal relief dollars to expand access to a broad set of work-based learning options that would be available during the summer months. These programs would help students master academic, technical, and professional skills and gain valuable experience. They could also put young adults on the path toward earning an industry-recognized credential that can be used as a pathway to graduation and a stepping stone into a well-paying career field.

The CPA pilot is tiny. By law, it’s only accessible to a total of 150 students. As is the case with other pilot programs, that’s a feature not a bug. When trying something new, it’s usually best to start small. But the key aspects of the CPA pilot—its focus on ninth graders and its connection to work-based learning—are research backed initiatives that are, or have been, part of Ohio’s educational system. Going forward, state officials and policymakers would be wise to spend at least some of Ohio’s federal relief funds on programs that emphasize these same features.