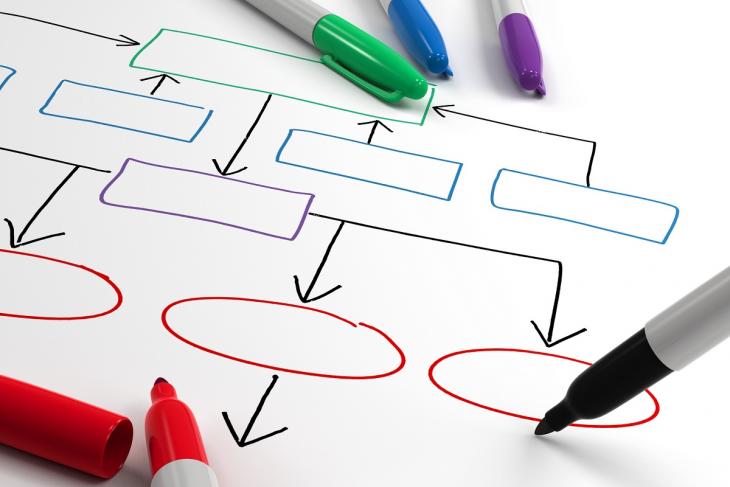 The hottest topic of conversation in education circles these days is what the legislature plans to do with academic distress commissions (ADCs), the state’s method for intervening in persistently low-performing school districts. Prior to the rush of budget season, the House passed an amended version of House Bill 154, legislation aimed at replacing the ADC model with a school-based, locally-driven intervention mechanism. The House bill is a mixed bag. There are some provisions that are promising, but others are problematic.

Recently, the Senate Education Committee released an amendment to HB 154 reflecting a very different approach than the House. The new language is similar to language that the upper chamber considered including in the budget. The Senate would establish a statewide School Transformation Board that would be responsible for overseeing turnaround efforts, as well as new timelines and requirements for districts that earn overall F grades on their state report cards.

The merits and drawbacks of this latest proposal are still being debated in the Senate’s education committee. But one thing is for sure: It’s very complicated. Here are the answers to some of the most important questions advocates and members of the general public might soon be asking.

What is the School Transformation Board?

The School Transformation Board would be in charge of Ohio’s district improvement efforts. It consists of five members: the state superintendent, the chancellor of higher education, and three members appointed by the governor with the advice and consent of the Senate. The governor’s appointees must have “experience and expertise in education policy or school improvement,” and one of them must belong to a different political party than the governor. The board’s responsibilities include establishing School Improvement Committees, ratifying contracts between districts and school improvement experts and organizations, and approving alternative interventions.

What happens to districts that earn overall F grades on state report cards?

Nothing if the district only earns an overall F for one year, and then gets a D or higher. But when a district receives a second consecutive overall F, the bill stipulates that the district must be designated with “improvement” status. Districts must then create an improvement plan for the entire district and for each of the district’s schools that received an overall grade of D or F. The district board must approve each plan by a majority vote. Districts have the option of contracting with an approved school improvement expert or organization to help them implement their plans.

If a district implements an improvement plan but continues to earn overall F grades, things get complicated. Starting after the fourth straight F, there are two pathways districts could follow, depending on whether they have contracted with an external school improvement expert or organization. If they have signed such a contract, they get additional years to implement their improvement plan. Otherwise, the Transformation Board establishes a School Improvement Committee, essentially taking over control of the district from the local school board.

What must be included in an improvement plan?

The bill outlines several features that each improvement plan must contain. They include evidence-based or evidence-supported strategies for school improvement, academic improvement benchmarks based on student data, a plan for ongoing engagement with community stakeholders, and an implementation timeline. Plans must be approved by the district board no later than May 31 during the school year in which the district was identified as in improvement status.

Districts are required to convene a community stakeholder group for the district and one for each school to assist in creating plans. Members of these groups include, but are not limited to, a parent, a classroom teacher, a member of the business community, and a representative from a nearby college or university.

What’s the role of outside school improvement organizations and experts?

The Senate bill makes it possible for districts to access external expertise and funding. The department must create a list of approved experts and organizations that provide root cause analyses and school improvement supports. Districts are then permitted to contract with one of these entities. If a district chooses to enter into a contract during the first year of its improvement designation, then the department will pay for the entire cost of the contract. Districts that wait until their second year of an improvement designation only get 50 percent of the cost covered. Districts that wait longer than two years to sign a contract are not eligible for funding.

The bill identifies several elements that must be included in contracts, including progress benchmarks. Districts that fail to meet these benchmarks for three consecutive years will no longer receive state funding to cover contract costs. A district is also ineligible to receive such funds if the School Transformation Board determines that it is “not complying” with its improvement plan. In addition, experts and organizations can annually receive no more than 75 percent of their contractual fee; the remaining funds are not awarded until the school is no longer in improvement status. These provisions serve as an important incentive. Districts and the entities they choose to contract with only receive the total amount of state funding they are promised if schools actually improve.

What is a School Improvement Committee?

If a district implements an improvement plan but continues to earn overall F grades, then the School Transformation Board establishes a School Improvement Committee to oversee the district. Committees are comprised of six members: three are appointed by the state superintendent (one of which must have a background in education or education policy), one is appointed by the teachers union (a non-voting member), and one must be from the business community and is appointed by the mayor. The final member is the president of the district’s school board. At the time of their appointment, all members must be residents of the county in which the district is located or an adjacent one.

The members of the School Improvement Committee are responsible for appointing a director to lead the district in implementing a new improvement plan. Like the CEO of an ADC, directors have operational, managerial, and instructional control of the district. This includes powers such as hiring new employees, conducting employee evaluations, creating a budget and contracting for services, and determining curriculum. Directors must convene community stakeholder groups to assist with creating improvement plans for the entire district and for individual schools, and these plans must be approved by the School Improvement Committee. The committee is also responsible for conducting an annual performance evaluation of the director.

Can districts challenge being placed under the control of a School Improvement Committee?

What happens to districts that are currently under an academic distress commission?

If this bill becomes law, all ADCs will be dissolved. The School Transformation Board will establish a School Improvement Committee instead, but the district will remain under ADC control until the transition to a committee is complete. Like other districts, ADC-controlled districts will be permitted to request a public hearing from the School Transformation Board to petition for an alternative intervention option created by the district board. ADC districts are also permitted to enter into a contract with an improvement expert or organization.

How does a district get out of improvement status?

A district can officially exit out of improvement status if it meets one of two requirements:

If the bill is passed, when do these changes go into effect?

If passed in its current form, the law applies starting in July 2020. When determining which districts qualify for improvement status, the department is prohibited from using overall grades that were assigned prior to the 2018–19 school year. Because state report cards aren’t released until September and districts need two consecutive overall F grades to be assigned improvement status, we likely won’t know the first districts to be identified until September 2020.

The complexity of the Senate’s newest proposal is evidence of just how complicated and controversial district and school improvement efforts have become in the Buckeye State. The bill is not a perfect solution to the problems that have plagued ADCs since they were strengthened in 2015, but it is certainly the most promising proposal made by legislators thus far. Here’s hoping lawmakers can iron out the kinks and settle on a fix that will have students’ best interests at heart.