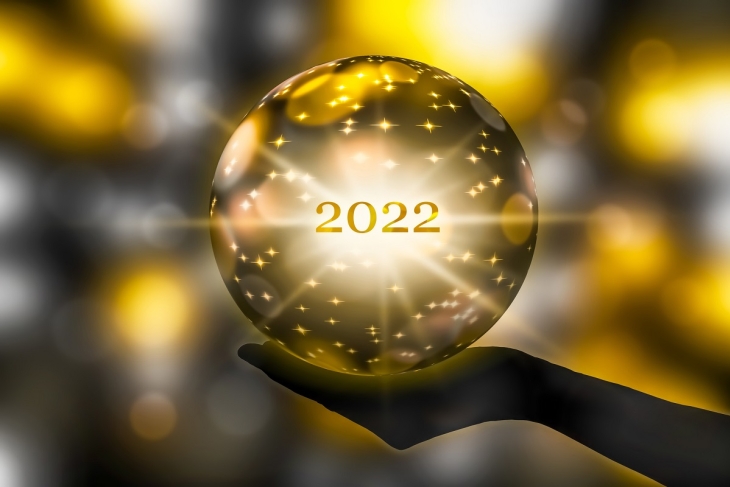 Every holiday season, those of us at the Ohio Gadfly try to predict what the new year will bring for education. This year is no exception. With a hectic budget season and a surprising set of local election results in our rearview mirror, as well as an ongoing pandemic riding shotgun, the road through 2022 looks to be pretty eventful. Here are, in no particular order, five predictions about what might be in store for us next year.

1. The pandemic—and its impact on education—will continue to dominate headlines.

It seems like a no-brainer at this point, but it’s worth repeating: The Covid-19 pandemic and its many, many effects will continue to drive the news cycle. It’s still too early to know if and how the Omicron variant will impact schools, but there’s no doubt that district and building leaders will have to continue grappling with health and safety issues like mask mandates and quarantine policies. Staff shortages will likely continue in many places—especially in areas like transportation—and may even be exacerbated as cold and flu season starts in earnest. Perhaps the biggest Covid storyline, though, is how schools will struggle to handle learning loss. The shiny newness of having kids back in person will have worn off come spring, and a harsh reality will fully sink in. Some schools will use summer break to their advantage, but others won’t. And by fall, state and local leaders will have two years’ worth of testing data to pore over. How schools use these data—and how they address learning losses and equity gaps—will likely determine education headlines over the next several years.

2. The state board will select a new state superintendent, but the process won’t be pretty.

After five years at the helm of the Ohio Department of Education, Paolo DeMaria announced in July that he planned to step down. Finding a replacement has already proven to be eventful for the state board, thanks to the unexpected resignation of their first choice for interim superintendent and some increasingly contentious meetings. A nationwide search is underway, which means the possibilities are endless. In practice, though, it’s going to be difficult for the board to agree on someone—they can’t seem to agree on much of anything these days—and it’s unlikely the new superintendent will receive unanimous approval the way DeMaria did. Furthermore, although the state board technically hires the superintendent, other state leaders will be watching and likely offering input. The legislature has taken a renewed interest in the board’s activities, and the governor’s office typically plays a behind-the-scenes role in big decisions like this. Ohio will get a new superintendent in 2022—but the road to get there is going to be rife with drama.

Next year, after a Covid-caused hiatus, detailed school report cards will return—but this time, they’ll look a little different. In 2021, after years of debate, state legislators finally passed some sensible changes to the report card framework via House Bill 82. The biggest adjustment for parents and taxpayers in 2022 will be saying goodbye to A–F letter grades and hello to a five-star system. Given that the changes passed with overwhelming bipartisan support in both the House and the Senate, it would be fair to assume that the new report card will have a warmer welcome from the education establishment than its predecessor. But with substantial learning losses still lingering, the new system’s increased emphasis on performance index and value-added scores (both of which are determined by state tests), and a long-standing resistance to accountability always waiting in the wings, it’s likely that the honeymoon will be brief.

4. Even with a new funding system in place, money for schools will still be a hot topic.

The headline of this year’s budget was a new school funding system that could eventually cost the state an additional $2 billion a year. For now, though, lawmakers only approved paying for a portion of that price tag—and that means funding conversations will continue into the new year as the legislature gears up for another budget cycle in 2023. Whether to fully fund the new system isn’t the only money issue on the table, though. Next year will mark the first full year that school choice programs in Ohio are directly funded by the state. Hopefully the change will cool some of the misleading rhetoric floating around. Meanwhile, districts and schools still have millions in relief funding from the feds to spend. It’s unlikely that we’ll ever get a detailed accounting of this spending, but it’s possible that some schools are opting to use their funds in creative and innovative ways. 2022 could give us a glimpse of those decisions.

5. The race for governor will be more focused on education than in previous years.

In the fall, Ohioans will once again head to the polls. Several big decisions await them, including a choice for governor. It’s too early to know how primaries will shake out, but right now it seems like the election will be a face-off between incumbent Mike DeWine and either Nan Whaley, the former mayor of Dayton, or John Cranley, the current mayor of Cincinnati. Historically, gubernatorial races haven’t been decided by education policy issues. But the lingering events of 2020—not just the pandemic, but also an increased focus on racial justice and equity issues—are still big talking points in Ohio, especially when it comes to how they impact schools. As a result, the Buckeye State could find itself mimicking Virginia’s most recent election, where voters made education a top priority. Even if education isn’t the deciding factor, though, Ohioans will likely hear far more about it than in years past.

And there you have it. Some fresh things are on the horizon—like revised school report cards and new state-level education leadership—but for the most part, many of the familiar faces and issues will be sticking around for another year.